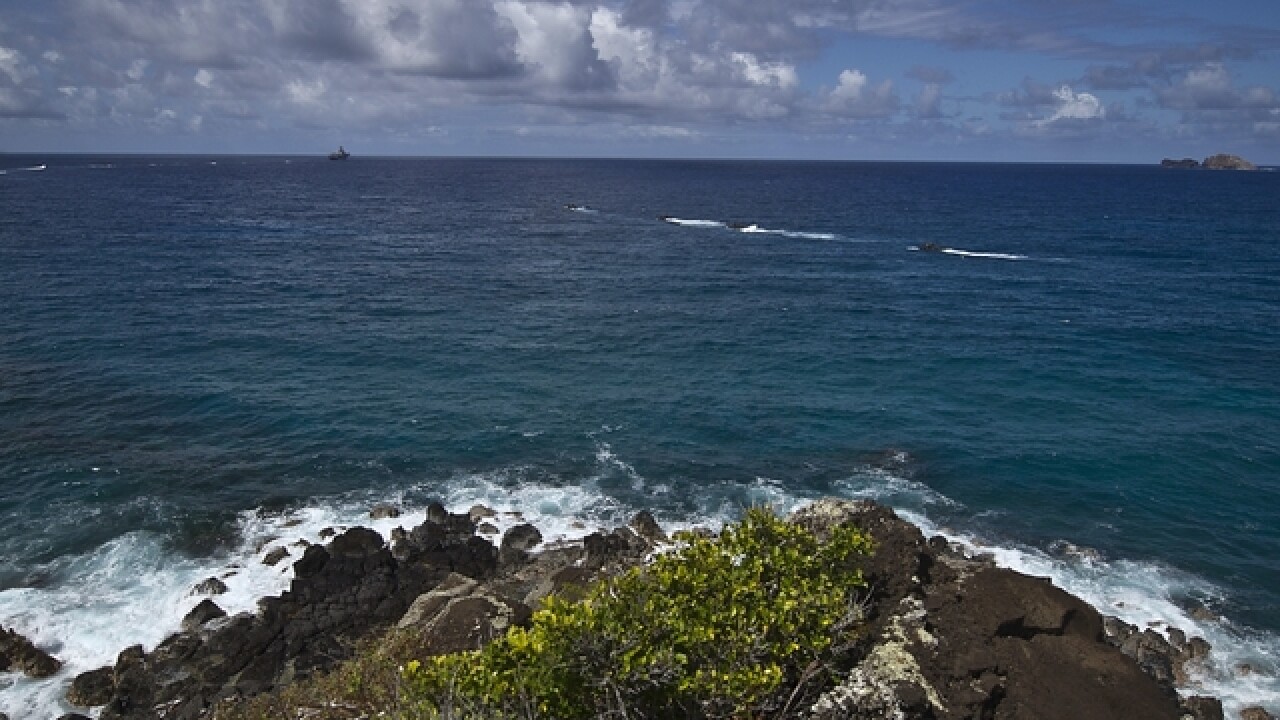 HONOLULU (AP) — A Hawaiian Airlines flight attendant was among the people in Hawaii infected with Hepatitis A.
The state Department of Health says the attendant was on 33 flights from Honolulu to California, Nevada, Australia and Hawaii's neighbor islands in July and served food and drinks to passengers.
The risk of airline passengers contracting Hepatitis A from a flight attendant is extremely low because flight attendants are well trained in terms of maintaining hygiene, said Sarah Park, state epidemiologist.
"Knowing that the risk is extremely low, we can't overlook the possibility," Park said. "From our perspective, it's about trying to control the outbreak, and what we don't want to see is more fallout from contacts with cases."
More than 90 people in Hawaii have contracted Hepatitis A since mid-June, and Park said the numbers are continuing to mount. The state hasn't yet identified the source of the outbreak, which is difficult to pin down because the incubation period is long and those sickened are asked to recall everything they ate and drank over several weeks, Park said.
"It's incredibly frustrating," Park said. "It's very common for a Hepatitis A outbreak to go unsolved."
Anyone who's concerned about contracting the virus can talk to their health care provider about getting a vaccine, which is effective if administered within two weeks of infection, Park said. The state doesn't have a database tracking vaccinations, she said. Those who don't recall whether they were vaccinated can talk with their doctors, but it doesn't hurt to get re-vaccinated, she added.
Hawaiian Airlines is screening all crew members who worked with the infected attendant, and no other crew members have reported infections, said Alex Da Silva, spokesman for Hawaiian Airlines. Hawaiian Airlines released a list on its website of the flights on which the sickened attendant worked. "We've been concerned for a while in terms of not just spreading to other states, but also the other way around," Park said.
The health department said Tuesday that a food service employee at a Chili's restaurant in Kapolei on Oahu also was infected. An employee at Chili's referred calls to an outside phone number, and a message left there wasn't immediately returned.
The federal government awarded $3.7 million to the state Department of Health to fight infectious diseases like and Hepatitis A and the Zika virus. State Health Director Virginia Pressler said the money will help Hawaii investigate the Hepatitis A outbreak.
Pressler said Tuesday the funds also will help the state prevent local transmissions of the Zika virus in Hawaii. The health department urged Hawaii residents traveling to the Olympics to prevent mosquito bites to reduce the risk of contracting Zika and bringing it back to Hawaii.
Officials say anyone returning to Hawaii from areas affected by the Zika virus should see a doctor if they fall ill within two weeks of returning home.
Copyright 2016 The Associated Press. All rights reserved. This material may not be published, broadcast, rewritten or redistributed.