Kevin McAleenan to be acting secretary of Homeland Security 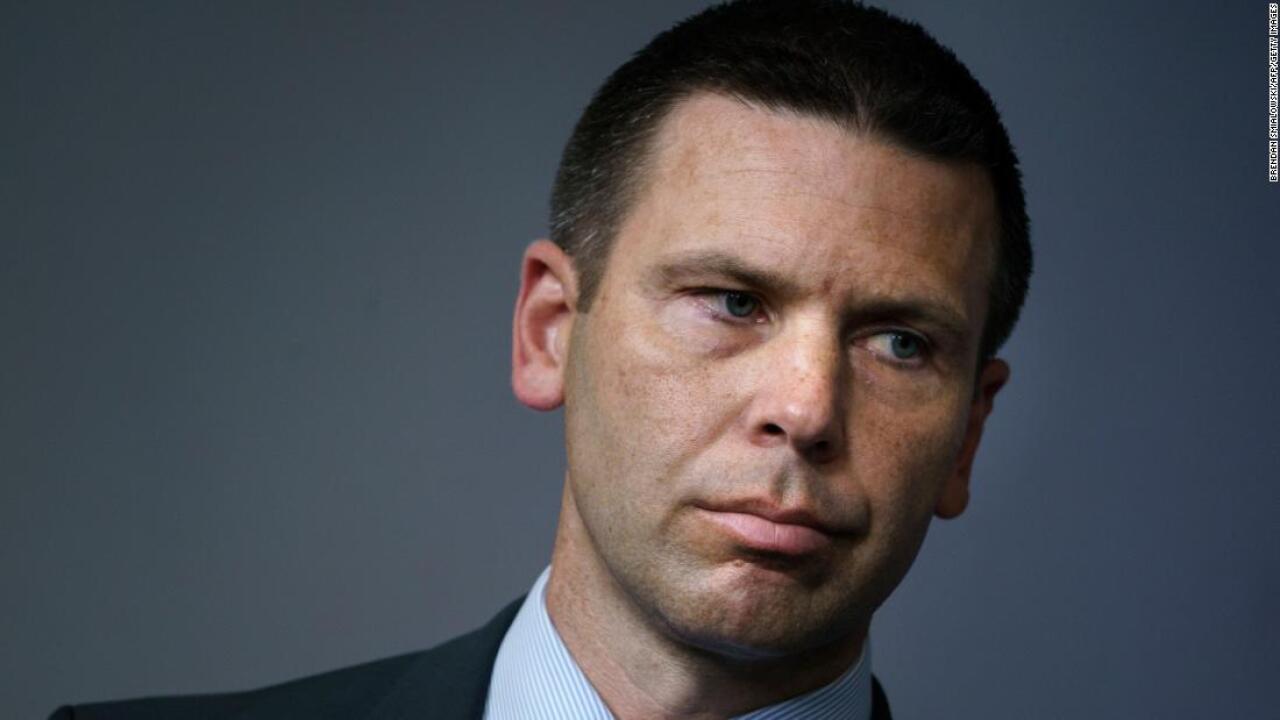 WASHINGTON, D.C. — President Donald Trump's choice to fill the role of Kirstjen Nielsen as secretary of Homeland Security is a career official who served in the Obama administration and whom a senior DHS official says is "not an ideologue or fire breather" on immigration.

Kevin McAleenan, who is taking over DHS in an acting capacity, was serving as the commissioner of US Customs and Border Protection before Sunday's announcement. He was confirmed as commissioner by the Senate in March 2018 by a vote of 77-19.

The senior DHS official told CNN McAleenan is "not an ideologue or fire breather" on immigration like White House senior adviser Stephen Miller or Trump. This official wondered how McAleenan will fit in as Miller has placed several political appointees in the department who follow the immigration hardliner's marching orders.

Another senior DHS official said, "he's good at what he does. Every role he has had, he's improved conditions. I expect this will be the same." But another administration official cautioned that although McAleenan "knows border and immigration," he "may not know the rest of DHS."

McAleenan also has shared some of Nielsen's frustrations with Trump over his demands from the department, two US officials familiar with his thinking said. He's also viewed warily by some of the White House immigration hardliners, led by Miller, who has Trump's ear on the issues he views as key to his re-election prospects.

McAleenan is a career official who previously served as the deputy commissioner during President Barack Obama's administration. As commissioner of CBP, he oversaw 60,000 employees and managed a budget of more than $13 billion, according to the department's website.

Last month, McAleenan said the "breaking point has arrived" for the US immigration system, and said CBP encountered the largest total number of migrants in years, with more than 4,000 in a single day, the vast majority of which were apprehensions of people crossing the border illegally. He announced he was moving 750 officers from "key roles" at the ports of entry to help Border Patrol care for migrants, including helping with processing and transportation.

He was scheduled to lead a news conference Monday morning to discuss the monthly southern border apprehension numbers, but it was postponed "due to recent breaking news."

In December, after two migrant children died in custody of US border officials, McAleenan reiterated calls for Congress to provide more funding to handle the influx of migrants crossing the border. That month, two Guatemalan children died after they were detained with their fathers after crossing the US-Mexico border.

McAleenan received the Presidential Rank Award in 2015, according to the department's website, and also received the Service to America Medal and Call to Service Award in 2005 for spearheading anti-terrorism efforts at the border after the September 11, 2001 terrorism attacks.