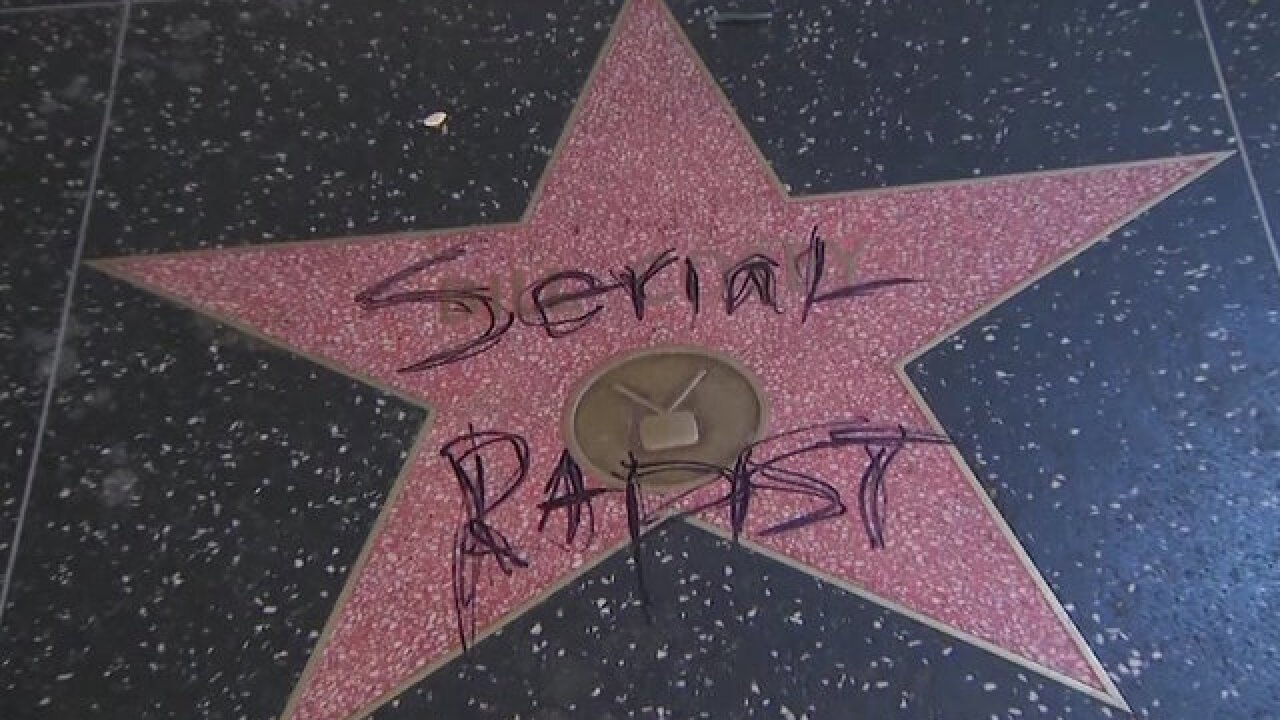 © 2018 Cable News Network, Inc.
KTLA
<p> For the second time in four years, Bill Cosby's star on the Hollywood Walk of Fame has been vandalized.</p>

In the eyes of the law, Bill Cosby is a convicted felon and a "sexually violent predator." But on Hollywood Boulevard, he's still a star.

Cosby was sentenced Tuesday to three to 10 years in prison for sexual assault, and dozens of women have come forward to say the actor-comedian drugged and raped them, but his star will remain on the Hollywood Walk of Fame.

"The Hollywood Walk of Fame is a historical record of entertainment figures past and present. Once installed, the stars become part of the historic fabric of the Walk of Fame, a 'designated historic cultural landmark,' and are intended to be permanent," said the Hollywood Chamber of Commerce, which oversees the famous stretch of sidewalk.

"The stars only commemorate the recipient's professional accomplishments. It is regrettable when the personal lives of inductees do not measure up to public standards and expectations; however, the Hollywood Chamber of Commerce does not remove stars from the Walk of Fame."

The disgraced TV icon was once known as "America's Dad" was honored with his star in 1977. But the brass and terrazzo landmark at 6930 Hollywood Blvd. has had a rough time since sexual assault allegations against Cosby began surfacing in 2014.

Someone spray-painted the words "Serial Rapist" across the star this month -- the second time in four years that it has been vandalized.

Cosby has denied all the accusations against him.

He is not the only celebrity to see his name defaced on the sidewalks of Hollywood. President Donald Trump's star has been the target of repeated vandalism since he turned to politics. Earlier this month a street artist covered Trump's star with jail-like bars -- two months after police said they arrested a man for destroying the star with a pickax.