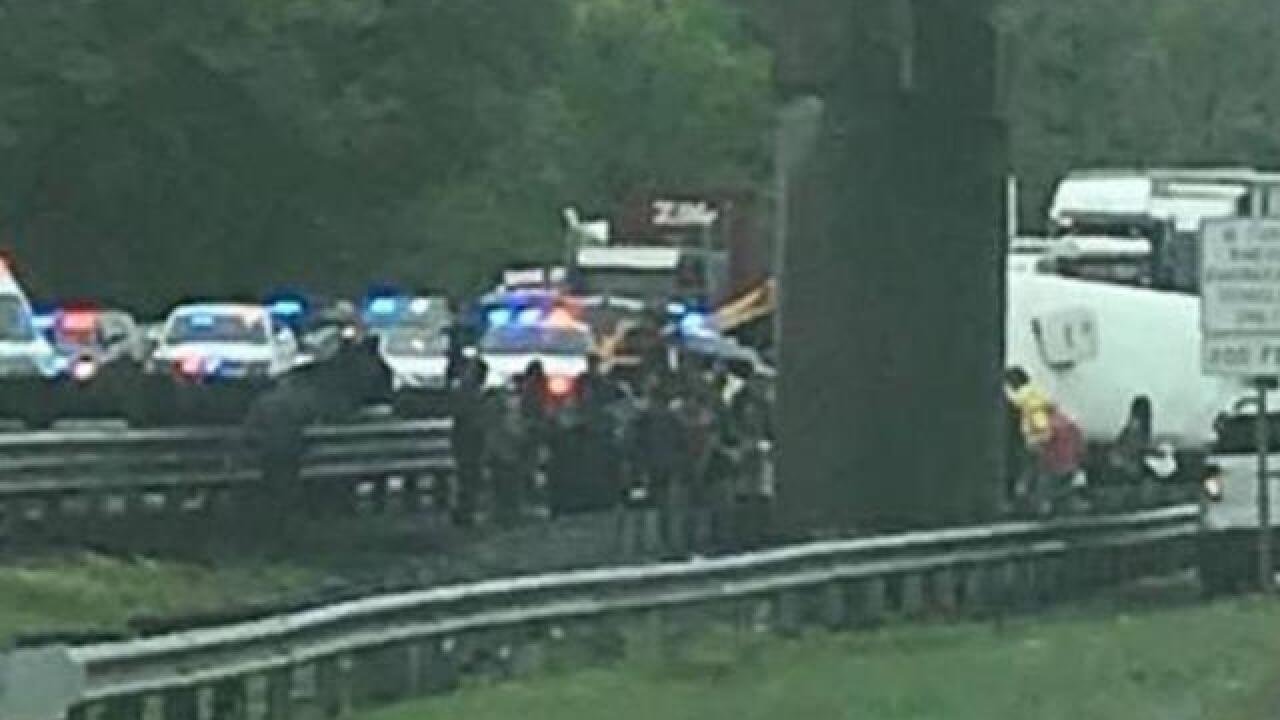 Multiple people were injured Thursday when a school bus collided with a dump truck and flipped over in Mount Olive Township in Morris County, New Jersey, officials said.

The Associated Press reports that one adult and one student were killed.

Mount Olive Mayor Rob Greenbaum, who saw the aftermath of the highway crash from an overpass, described the scene as "horrific." He told HLN Thursday there were possible ejections in the crash.

At least three hospitals have received patients from the accident, including two believed to be children, officials said.

The bus was transporting students from East Brook Middle School in Paramus, New Jersey, according to a school official.

"Our hearts are broken by today's tragedy," Gov. Phil Murphy said in a Facebook post after arriving at the school.

Jay Faltings, who drove past the scene about five minutes after the crash, told HLN he saw children being rescued from the wreckage.

Faltings said the front of the dump truck appeared to have been sheared off and the school bus was "ripped off its frame" after hitting a guard rail and flipping over.

"It's like nothing you've ever seen before," he said.

Faltings said first responders appeared to have removed the children from the scene.

"They were young kids," he said. "But luckily, first responders, everybody there helped get all the kids out safely from what we could see... The kids were obviously freaked out."

The National Transportation Safety Board said via Twitter that it was "gathering information" on the crash.

All lanes of Interstate 80 have been shut down.