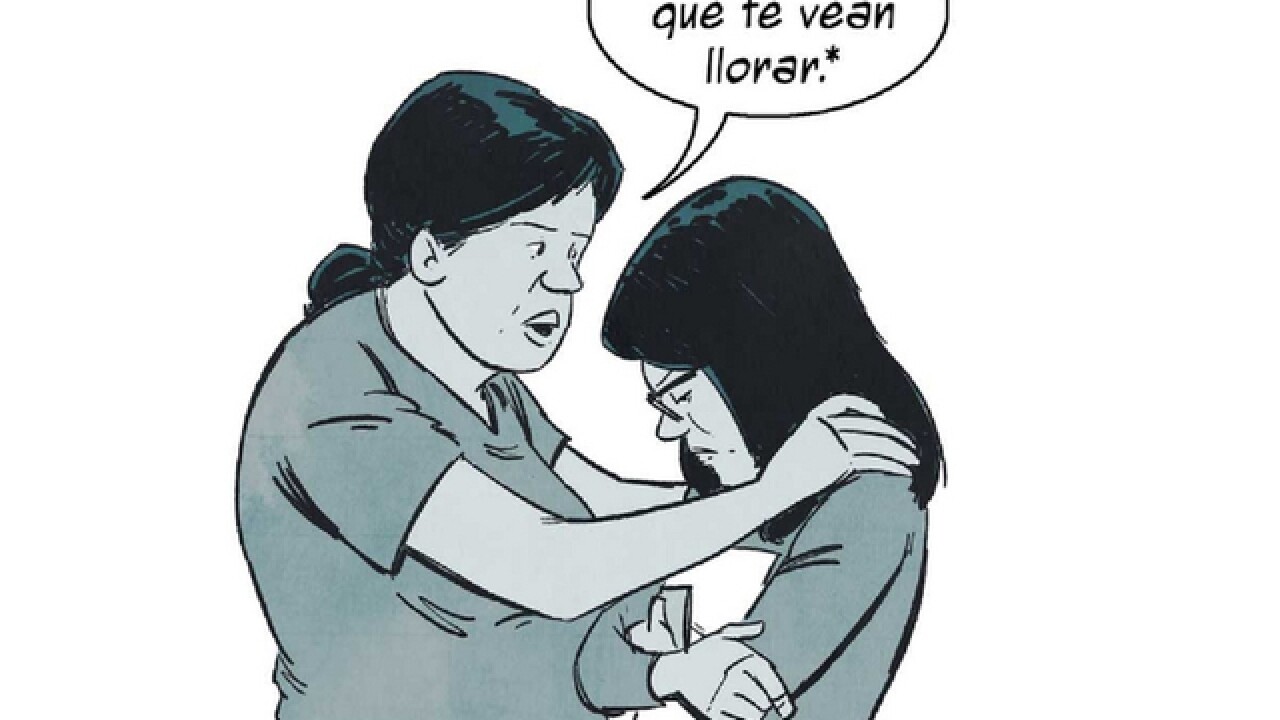 Copyright 2018 Scripps Media, Inc. All rights reserved. This material may not be published, broadcast, rewritten, or redistributed.
Kevin Necessary

In telling the story of a Cincinnati family dealing with the immigration dilemma, an Ohio television station is choosing to do it through comic illustrations.

The project by The E.W. Scripps Company's WCPO television station, “Living in the Shadows,” is the story of the family whose daily life is clouded by the complicated laws and opinions around immigration.

The story is told through the eyes and voice of a Cincinnati teenager, who is called Adriana. Comics journalist Kevin Necessary and reporter Breanna Molloy conducted several interviews with Adriana, her mother and her brother. Most of the text is taken directly from those interviews.

WCPO has chosen not to identify the family members and, as a result, it is not using their real names. The drawings are not their exact likenesses. During the television interview that airs on WCPO in Cincinnati, they will be shown in shadow.

The station had this to say:

"We don’t want to put the family at risk of being arrested or broken up by identifying them. Arrests of undocumented immigrants like the mother in this story have risen sharply in the last year. We have seen that in our community, too.

"Our goal is simply to tell the story of one family in our community and how their lives are affected in the national debate on immigration."

Click here to see the full comic illustrations and story, "Living in the shadows."