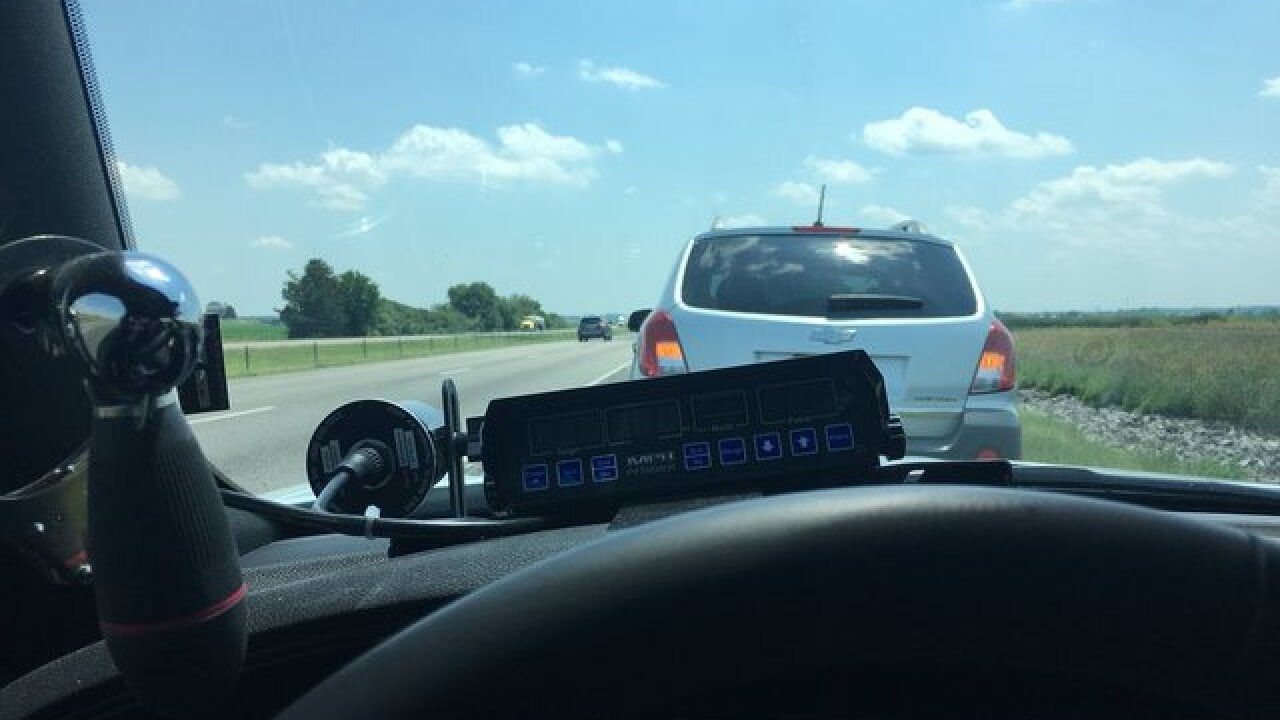 INDIANAPOLIS -- An Indiana State Police trooper pulled a vehicle over for driving slow in the left lane Friday, drawing appreciation from thousands of thankful drivers.

Sgt. Stephen Wheeles of the ISP Versailles district stopped a vehicle on I-65 Friday.

The driver had about 20 cars slowed behind her because she wouldn't move to the right lane, Wheeles said.

According to a 2015 Indiana law, police can issue tickets to left-lane drivers who refuse to move over for traffic. The law’s sponsor said fines up to $500 give an incentive to motorists driving too slowly to move over.

Thousands of people replied to Wheeles' tweet, including race car driver Graham Rahal, and former NFL quarterback Troy Aikman. Many others thanked him for keeping traffic moving. Many asked him to come to Hawaii, Arizona, Florida, or wherever they see people driving slow in the left lane.

Wheeles also clarified one person's question about the law encouraging people to speed.

"The spirit of the law is that since many people drive well above the speed limit, it creates an “accordion effect” as traffic starts backing up behind the slower vehicle," Wheeles tweeted. "This is where many of our crashes occur on the interstates.  It’s all in the name of safety."

Check out Wheeles' tweet, and some of the reaction to it, below.

I stopped this vehicle today for a left lane violation on I-65. The driver had approximately 20 cars slowed behind her because she would not move back to the right lane.

Again...if there are vehicles behind you, you must move to the right lane to allow them to pass. pic.twitter.com/tePjJ1Xigy

This guy is my hero. Fast lane cruisers are one of my biggest frustrations! 😂 @ISPVersailles nice work https://t.co/5ATh2dSlU6

Yooooooo, do you wanna come to Hawaii and tell everyone that?? 😅 pic.twitter.com/rNuH1ER8wO

We can sure could use you in Tennessee

This is in no way encouraging people to speed. Those speeders are definitely in violation also. Vehicles all travel at different speeds. It was put in place to keep left lane drivers (or the family ten cars back) from getting run over by faster traffic while in the left lane.