Is Trump correct that migrants are turning back? 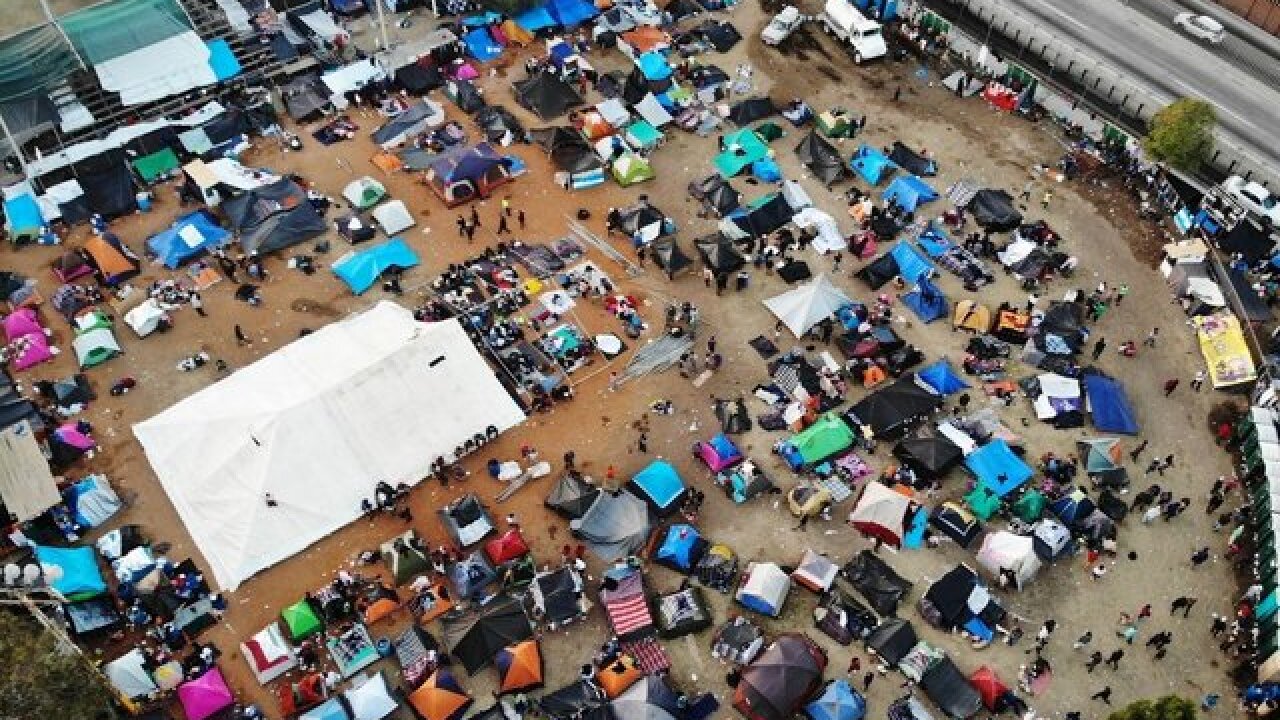 On Twitter and during a live televised meeting in the Oval Office, Trump said migrants in the so-called caravan he'd been warning about for weeks were either returning to their home countries or staying in Mexico.

"A lot of the people that wanted to come into the country. And really they were going to come in no matter how they wanted to come in. They were going to come in, even a rough way. Many of these people are leaving now and going back to their countries. ... If you notice, it's getting a lot less crowded in Mexico," Trump said. "And a lot of them are going to stay in Mexico, and the Mexican government has been working with us very well. So we appreciate that. But they haven't been coming into our country. We can't let people come in that way. So that's pretty much it."

But Mexican immigration authorities said Tuesday that many migrants were still waiting at the border for the chance to make their case for asylum in the United States -- and that more than 1,000 migrants from the caravan may have crossed into the United States already.

According to data provided by the US Department of Homeland Security, US Customs and Border Protection had apprehended 1,036 caravan migrants as of Monday. And more than 5,000 migrants were waiting to seek asylum in a queue at the San Ysidro port of entry.

These are the latest details on migrants from the caravan, according to Mexican officials:

• 2,500 are in a large temporary shelter run by Mexican immigration officials in Tijuana

• 600 are in other shelters in Tijuana

• 1,100 voluntarily agreed to return to Central America with assistance from the International Organization for Migration

The new details on the migrants come just over a week into Mexican President Andres Manuel Lopez Obrador's presidency. Speculation has surged over how Lopez Obrador's administration will handle immigration and respond to pressure from the United States.

On the campaign trail, he said he didn't believe Mexico should do "dirty work" for the United States. But as large groups of migrants moved through Mexico weeks before he took office, several reports suggested the incoming administration had reached a deal with the US government.

Speaking to reporters on Tuesday in the country's capital, the director of Mexico's National Migration Institute criticized Trump's characterization of the caravan.

"Migration should not be stigmatized. The one who championed denouncing the caravan and immigration as criminals was President Trump during the recent election campaign, just like he did for his presidential campaign, in which the bad guys were the Mexicans. So this is not the first time Trump creates these enormous campaigns with an impact that is literally global through President Trump's communication means," Tonatiuh Guillen Lopez said. "But that has nothing to do with the reality of the humanitarian crisis that is present. I think it is a mistake to confuse a humanitarian crisis and use that crisis for purposes that we saw in the last electoral campaign."