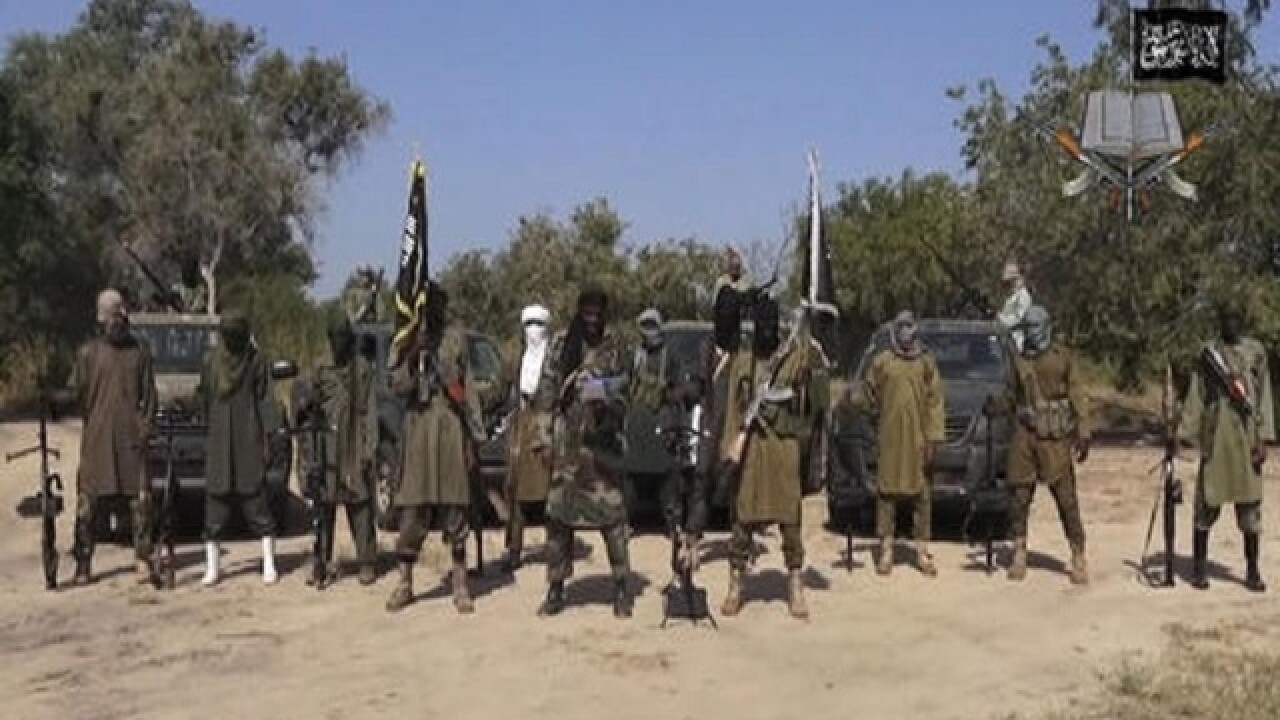 Nigeria's Boko Haram Islamic extremists have a new leader who is threatening to bomb churches and kill Christians while ending attacks on mosques and markets used by ordinary Muslims, according to an interview published Wednesday by the Islamic State group.

He also says there is a Western plot to Christianize the region and has accused charities of using their aid for that, according to a SITE Intelligence Group translation of an interview published Wednesday in the Islamic State newspaper al-Nabaa.

The report did not say what Shekau's current status was, although there have been rumors for weeks that he had been replaced.

The interview with al-Barnawi indicates a major shift in strategy for the Nigerian extremists, who have killed many more Muslims than Christians in attacks in mosques with suicide bombers and gunmen.

There have also been attacks on crowded marketplaces in predominantly Muslim areas and the killings and kidnappings of school children. The targeting of students accounts for its nickname Boko Haram, which means Western education is sinful or forbidden.

"They strongly seek to Christianize the society. ... They exploit the condition of those who are displaced under the raging war, providing them with food and shelter and then Christianizing their children," SITE Intelligence quotes the new leader as saying.

Al-Barnawi says the militants will respond to that threat by "booby-trapping and blowing up every church that we are able to reach, and killing all of those (Christians) who we find from the citizens of the cross."

Wednesday's announcement indicates a coup by Boko Haram breakaway group Ansaru against Shekau, and follows a trend of extremist Islamic groups moving away from al-Qaida to the Islamic State, analyst Jacob Zenn said.

Ansaru broke away from Boko Haram because it disagrees with the indiscriminate killing of civilians, especially Muslims.

Al-Barnawi is the pseudonym of a Nigerian militant who has threatened journalists and is allied with Ansaru, which is known for kidnapping foreigners, according to Zenn.

In March 2015, Shekau switched allegiance from al-Qaida and declared that Boko Haram be known as the Islamic State's West Africa Province. At the time, Boko Haram was the most powerful military force in northeast Nigeria, controlling a huge area and was better equipped and motivated than Nigerian forces.

Under Shekau, the seven-year insurgency spread to neighboring countries, killed more than 20,000 people and drove more than 2.2 millon from their homes, and created what aid workers are calling a catastrophic humanitarian emergency with children dying of starvation daily.

Since last year, Nigeria has a new leader, President Muhammadu Buhari, a former military dictator who has better armed and motivated security forces. He is also fighting corruption that diverted $2.1 billion that was meant to buy weapons to fight the Islamic uprising, and is cooperating with a multinational force that has the extremists on the run.

In the interview, al-Barnawi said that under his leadership the militants will work to seize back territory. He said that increasing numbers of youth are joining the cause, though Nigeria's military reports that hundreds of its fighters have surrendered as aerial bombardments and ground assaults cut supply routes.