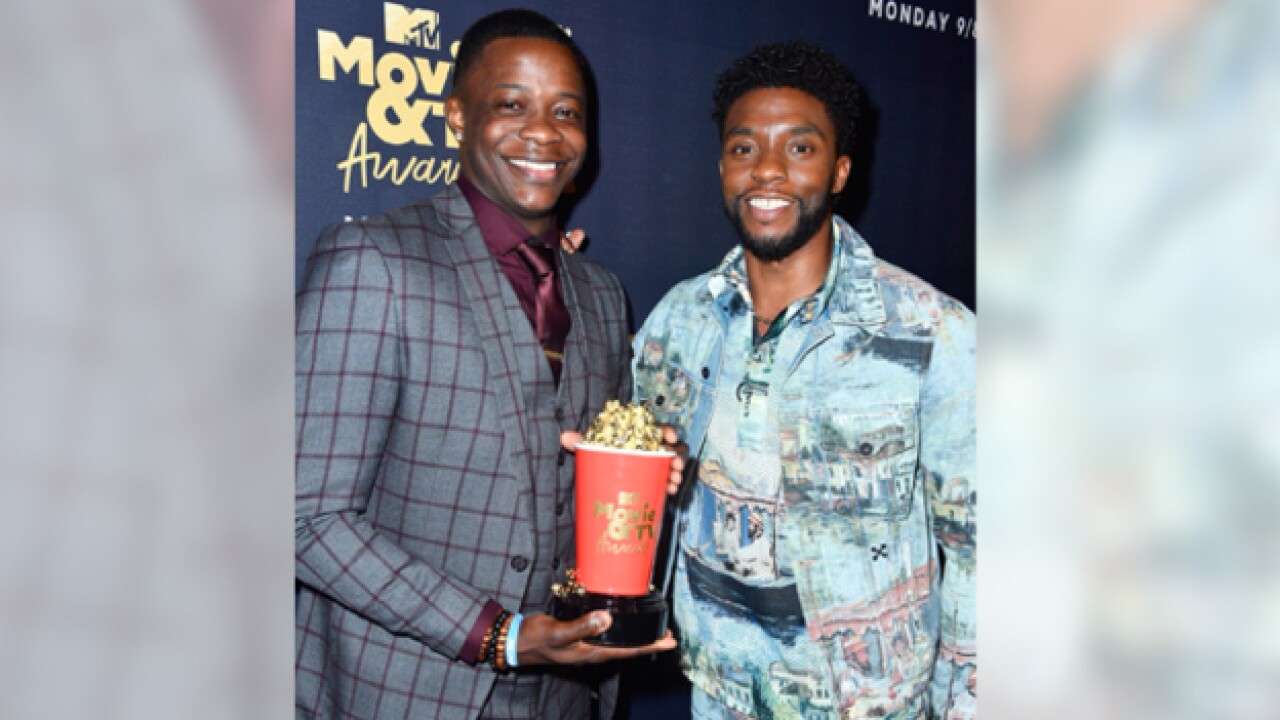 Boseman won the MTV Award for Best Hero for his role as Black Panther in the recent hit Marvel Comics movie.

But instead of accepting the award, Boseman gave the statue to Shaw Jr., who he called a "real life" hero.

“Receiving an award for playing a superhero is amazing, but it’s even greater to acknowledge the heroes we have in real life. I just want to acknowledge a real hero,” Chadwick said, as he surprised James and brought him onstage. “This is going to live at your house. God bless you.”

🍿🍿🍿 and more 🍿… THANK YOU #MTVAwards! #BlackPanther fans, you’re incredible. During the show, I was honored to meet @JamesShawJr9. He saved countless lives by tackling a gunman who opened fire on people in Antioch, Tennessee in April. He’s a true hero that walks among us. pic.twitter.com/bIF8vOk3v3

Thank you @mtv for the invite, and the tremendous love you all showed me, it was greatly appreciated.