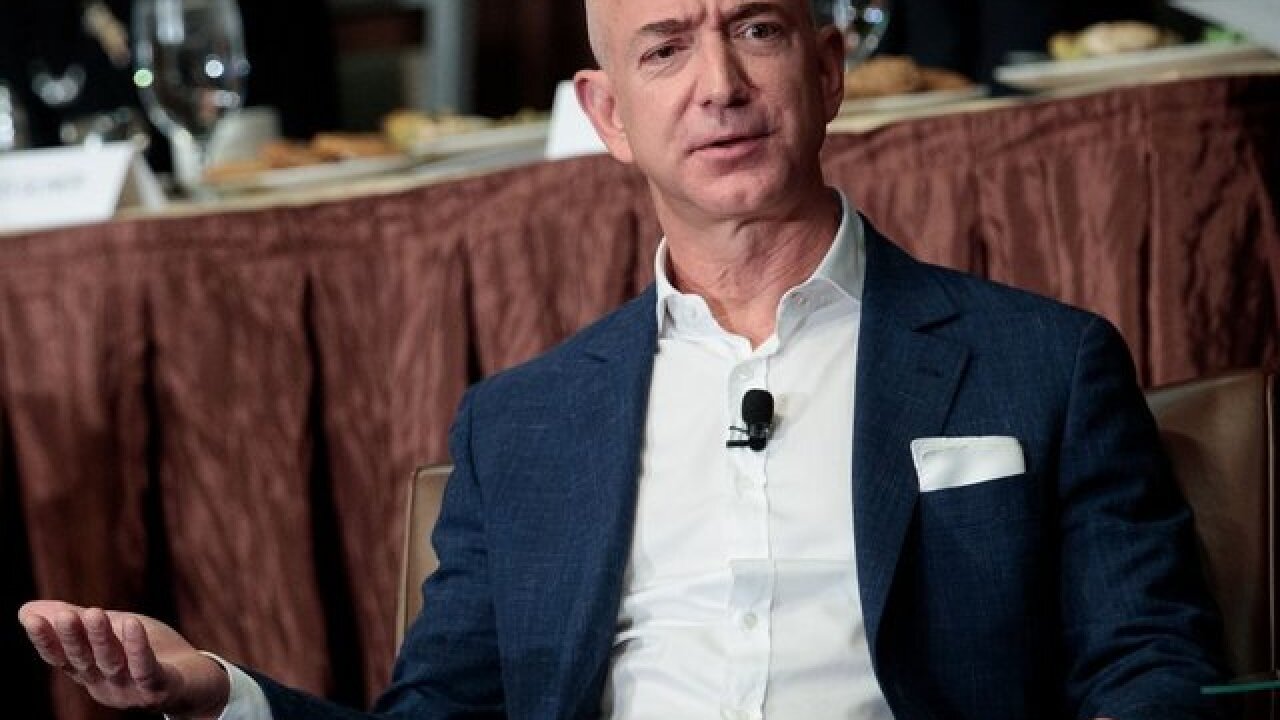 Jeff Bezos has revealed how he plans to donate part of his fortune.

The Amazon CEO and his wife, MacKenzie, will commit $2 billion to fund existing nonprofits that help homeless families and to create a network of preschools in low-income communities. They call their project the "Bezos Day One Fund."

Bezos tweeted a statement Thursday that the fund will issue annual leadership awards to organizations "doing compassionate, needle-moving work to provide shelter and hunger support to address the immediate needs of young families." There will also be full scholarships for Montessori-inspired preschools in "underserved" communities, he said.

Bezos, who also owns The Washington Post and space exploration company Blue Origin, became the world's wealthiest person this year, with an estimated net worth of $164 billion, according to Bloomberg.

Helping the homeless has also been a focus for Amazon. Earlier this year, the company partnered with the Seattle nonprofit Mary's Place to build a permanent homeless shelter in its headquarters. It previously helped the nonprofit temporarily house 200 homeless people. Since March 2016, Amazon customers have also been able to order items from the Mary's Place's wishlist on the site, such as diapers and socks.

Earlier this month, Bezos and his wife donated $10 million to With Honor, a nonpartisan organization and super PAC looking to boost the number of veterans in politics. The organization said the couple donated one third of its $30 million funding goal of helping to elect a minimum of 20 American military veterans in November.

In the past, Bezos has made political contributions, but not of this magnitude. In 2012, he donated $2.5 million to uphold Washington state's same-sex marriage law.

He has also been criticized for not contributing his fortune to philanthropy like other billionaires have, including Microsoft founder Bill Gates and Berkshire Hathaway's Warren Buffett. The Bill and Melinda Gates Foundation is a massive philanthropic initiative tackling issues such as infectious diseases and improving education.

In 2016, Bezos was asked if he planned to pursue philanthropy like Gates has. Bezos responded: "Yeah, if there's anything left after I finish building Blue Origin."

But then he changed his tune.

In a tweet last June, Bezos asked the public for ideas about where he should give his money. He said he was mulling a philanthropic strategy that is "the opposite of how I mostly spend my time."