Sessions: Migrant facilities not like Nazi Germany because 'they were keeping the Jews from leaving' 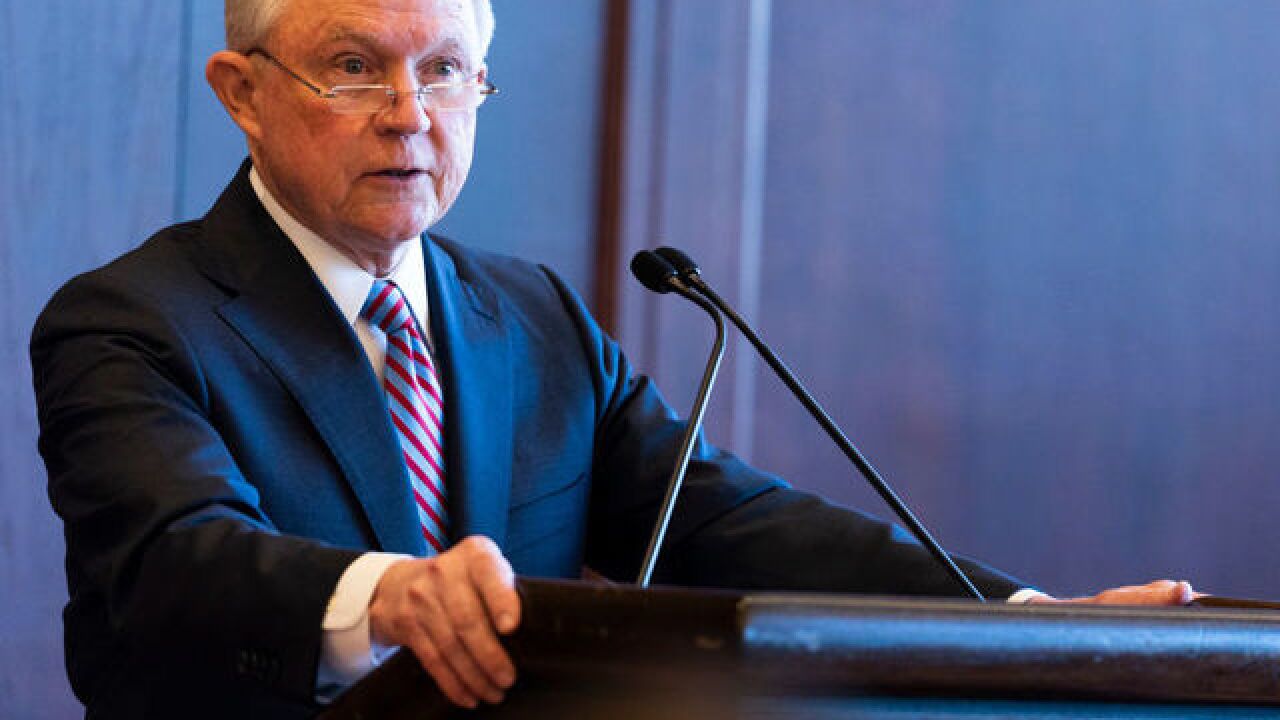 Image copyright 2018 Getty Images. All rights reserved. This material may not be published, broadcast, rewritten, or redistributed.
Jessica Kourkounis
<p>U.S. Attorney General Jeff Sessions delivers remarks on immigration and law enforcement actions on at Lackawanna College June 15, 2018 in Scranton, Pennsylvania. The audience was an invited a group of federal, state and local law enforcement as well as local police academy cadets.</p>

Attorney General Jeff Sessions dismissed comparisons of the detention facilities for migrant children to Nazi concentration camps by arguing that Nazis "were keeping the Jews from leaving the country."

"Well, it's a real exaggeration, of course. In Nazi Germany, they were keeping the Jews from leaving the country," Sessions tried to explain during an interview Monday night with Fox News host Laura Ingraham.

Sessions later said if parents are deported, their children return to their home country with them. If the parents claim asylum and stay in the US, Sessions said, their children also stay but in Department of Health and Human Services' custody.

The attorney general's remarks were in response to Michael Hayden, the former director of the CIA and NSA, and Democratic Sen. Dianne Feinstein's comparisons of Nazi Germany's death camps to the shelters housing children separated from their parents and unaccompanied minors who crossed the border.

"We're doing the right thing," Sessions told Fox News Monday. "We're taking care of these children. They are not being abused. Health and Human Services holds them in good condition."

The Trump administration has decided to criminally prosecute any adult caught crossing the border illegally, as opposed to referring those with children mainly to immigration courts, as previous administrations did. As a result of the new "zero tolerance" policy, federal authorities have separated at least 2,000 children from parents at the border from April 19 through May 31 of this year, the Department of Homeland Security confirmed last week.

Asked by Ingraham if the policy is being used as a deterrent to stop families from attempting to cross the border illegally with children, Sessions said, "Fundamentally, we're enforcing the law."

"I see that the fact that no one was being prosecuted for this as a factor in a five-fold increase in four years in this kind of illegal immigration," Sessions said. "So yes, hopefully, people will get the message and come through the border at the port of entry and not break across the border unlawfully."