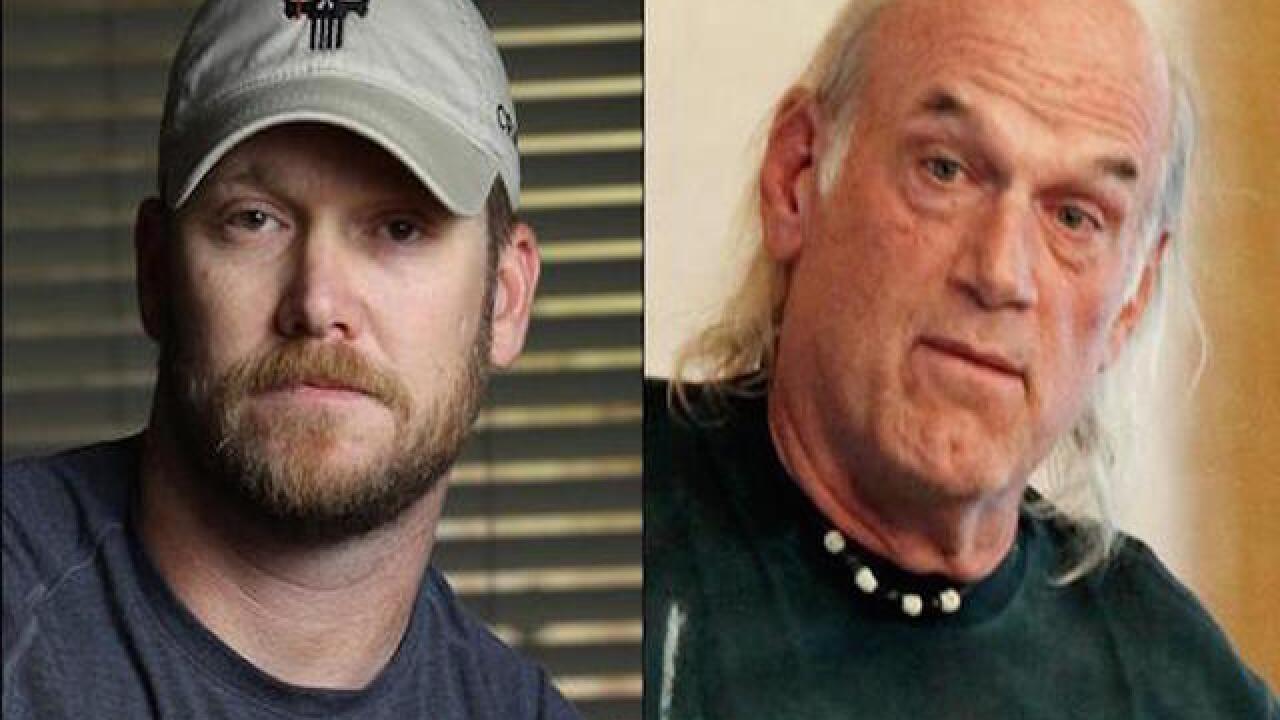 MINNEAPOLIS (AP) — A federal appeals court on Monday threw out $1.8 million in damages awarded to former Minnesota Gov. Jesse Ventura, who said he was defamed by the late author Chris Kyle in the bestselling book "American Sniper."

The 8th U.S. Circuit Court of Appeals also sent a portion of the case — Ventura's defamation claim — back to the district court for a new trial, saying Ventura's attorneys made improper remarks and the trial court "clearly abused its discretion in denying a new trial."

Kyle is a former SEAL regarded as the deadliest sniper in U.S. military history with 160 confirmed kills. In his book "American Sniper," he wrote a subchapter called "Punching Out Scruff Face" in which he describes decking Ventura at a California bar in 2006 after Ventura made offensive comments about SEALs, including that the SEALs "deserve to lose a few" in Iraq.

Ventura, a former Underwater Demolition Teams/SEAL member and ex-pro wrestler, sued. He testified at trial that he never made the statements and that the confrontation never happened. He also said the book ruined his reputation in the tight-knit SEAL community.

Kyle, who was killed on a shooting range in 2013 by a troubled fellow veteran, gave sworn videotaped testimony before his death that his story was true. The case proceeded against his estate.

In 2014, a jury awarded Ventura $500,000 for defamation and $1.3 million for unjust enrichment. Kyle's widow, Taya Kyle, appealed, asking that the verdict be thrown out or that a new trial be ordered on First Amendment and other grounds. Ventura's lawyers, however, argued that jury got the verdict right.

The majority of the judges also vacated the defamation award and sent that portion of the case back to court for a new trial.

The majority found that Ventura's attorneys improperly let the jury hear that publisher HarperCollins had an insurance policy to cover a defamation award and attorney fees. The majority said those comments prevented Kyle's estate from receiving a fair trial and that Ventura's attorneys deliberately referenced a "deep-pocket insurer" to try to influence the jury and enhance damages.

"From our review, these unsupported, improper, and prejudicial statements were not heat of the moment argument, but were strategic and calculated," the judges wrote.

Smith said any error in allowing Ventura's counsel to ask about insurance was harmless and non-prejudicial. He also found that the $500,000 award for defamation was not excessive.

The hit movie based on Kyle's book did not depict the alleged incident.