Johnny Depp ordered to stay away from wife 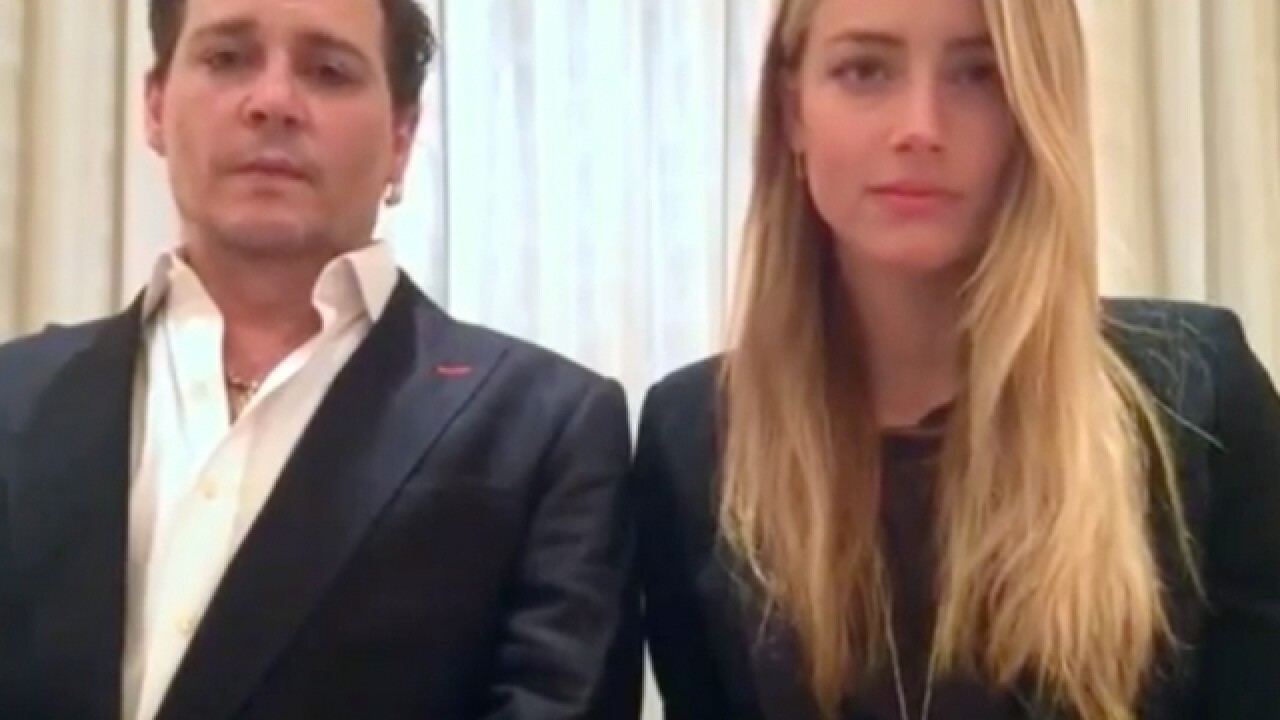 LOS ANGELES (AP) — A judge has ordered Johnny Depp to stay 100 yards away from his estranged wife, actress Amber Heard.

Heard said in a sworn declaration that Depp threw her cellphone at her during a fight Saturday, striking her cheek and eye. Los Angeles Superior Court Judge Carl H. Moor also ruled that Depp shouldn't try to contact Heard.

Depp's attorney, Laura Wasser, declined to comment. Depp is in Portugal for a performance with his band Hollywood Vampires.

Heard has accused the beloved actor of beating her on more than one occasion, according to reports on Friday.

Heard, 30, filed for divorce from Depp on Wednesday. The couple has been married since February 2015, after dating since 2012.

Pictures showing Heard with a bruised face surfaced online Friday on the websites of TMZ and People magazine. According to TMZ, Heard has filed a restraining order against Depp, claiming that her injury is the result of Depp hitting her in the face with his iPhone.

People reported that the incident was "not an isolated event," based on a source close to the couple.