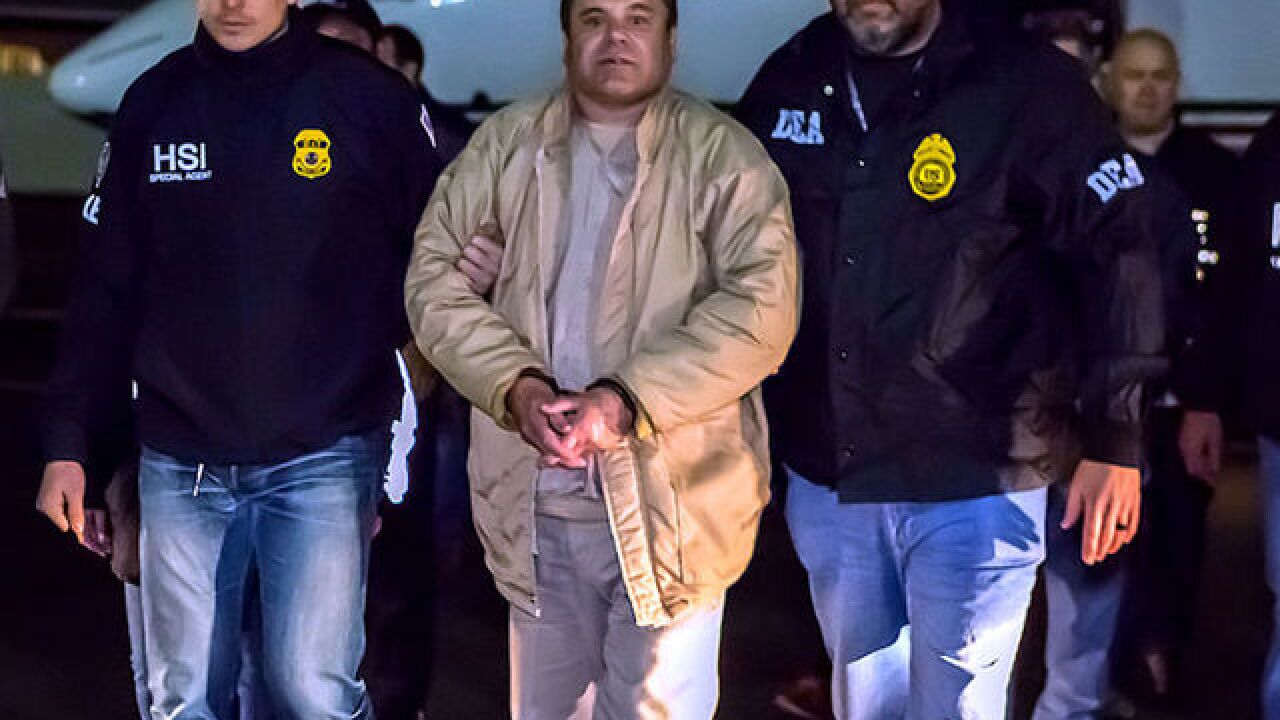 Before arriving for jury duty on Monday, prospective panel members filled out a lengthy questionnaire that might have given them pause.

"The case for which you are summoned involves the defendant JOAQUIN ARCHIVALDO GUZMAN LOERA, also known as 'El Chapo,' " read query No. 48. "Have you read, seen or heard anything about the defendant, the case, or people involved?"

It would be hard not to.

"In some ways, this case is unprecedented; the amount of public attention has been extraordinary," Brooklyn U.S. District Court Judge Brian Cogan wrote in a recent ruling.

That will be a major challenge when jury selection begins on Monday for Mexican cartel boss Joaquin "El Chapo" Guzman.

Everything is extraordinary in the long-awaited case against a defendant once considered the world's most powerful drug trafficker.

The international scope of an alleged criminal enterprise that spanned continents "makes it an outlier among even the biggest drug prosecutions to date," Cogan wrote last week.

Guzman rose from being a teenage marijuana grower to earn nearly $14 billion during his years as boss of the Sinaloa drug cartel, according to federal prosecutors in New York.

A Robin Hood-like figure celebrated in ballads in his native Mexico, he was once featured in Forbes' rankings of the world's most powerful people. The Sinaloa cartel was prolifically violent in his country's long and bloody drug wars.

"There are not many cases whose allegations are dramatized in popular television productions and podcasts before the trial has even begun," Cogan wrote.

The jury will be anonymous and partly sequestered

The 61-year-old Guzman has pleaded not guilty. If convicted of international drug trafficking, conspiring to murder rivals, gun charges and money laundering, he faces a sentence of life in prison.

Given the defendant's violent history, Cogan has ordered that the jury be anonymous and partly sequestered. The names, addresses and places of employment of prospective jurors will be kept secret for the duration of a trial that could last four months.

Jurors will even be transported to and from the courthouse by armed U.S. marshals.

"It's going to be tough picking a jury no matter what," said Paula Hannaford-Agor, director of the Center for Juries Studies at the National Center for State Courts.

Defense attorney Eduardo Balarezo has argued that an anonymous jury "under armed guard" would be prejudicial to his client and "serve to bolster the government's proof by creating the impression that Mr. Guzman is guilty and dangerous."

Guzman's defense team has also complained they have not had enough time to go over the voluminous evidence being presented against their client, including more than 100,000 audio recordings and recently received binders with 14,000 pages of new documents.

The courtroom will be closed to the public during jury selection

Opening statements are scheduled for November 13. Before then, prosecutors and defense lawyers will question potential jurors about politically charged topics that include federal narcotics policy and law enforcement relations between the United States and Mexico.

"There are a lot of touch points where jurors are likely to get excused for cause above and beyond just the, 'Yeah, this sounds like a long and unpleasant subject matter,'" Agor said.

Potential jury members are also expected to be queried during voir dire about their views on the legalization of narcotics as well as their experiences with substance abuse and violent crime.

"It is critical that prospective jurors be forthcoming about their views on these topics, as well as any preconceived notions they might have about defendant," Cogan wrote.

"There is too great a risk that the public's presence will have a chilling effect on prospective jurors' answers to these hot-button issues to allow public access during voir dire."

The courtroom will be closed to the public during the questioning of potential jurors, but five pool reporters from accredited media organizations will be present.

Prosecutors will attempt to show that Guzman allegedly killed or ordered the deaths of dozens of rivals and law enforcement officers.

"Defendant is accused of leading a violent criminal organization with an alleged history of threatening and harming witnesses and interfering with the legal process," Crogan said in his ruling.

"The prospective jurors may be concerned that if they voice an unpopular or biased view, members of the public observing the proceedings -- who, unlike the press, are not vetted -- will connect that response to their appearance in a way that could put their safety at risk."

Jury selection will touch on 'sensitive and controversial issues'

The case against Guzman will be built in part on the testimony of more than a dozen cooperating witnesses, including former cartel associates already incarcerated or who have been given new identities and relocated by the U.S. government. Their names have remained unknown to Guzman's defense lawyers until the eve of the trial, with prosecutors arguing that witnesses in previous cases have turned up dead.

Federal prosecutors have asked the court to prohibit defense attorneys from referring to recent comments made by President Donald Trump about cooperating witnesses. In August, Trump decried those who testify against former confidants to ease legal troubles, bemoaning the longstanding practice. "It's called flipping and it almost ought to be illegal," Trump said in an interview.

"All of these topics are at the forefront of current public discussion and debate, and they often provoke strong reactions," Cogan wrote.

The judge said that other "sensitive and controversial issues" to be examined during voir dire included "prospective jurors' biases against persons of certain races, ethnicities, or national origins."

"It is interesting to try the case in this political climate," said Shan Wu, a former federal prosecutor and CNN legal analyst. "The politics will enter it so much because of the time that we're in. ... That does present an unusual environment for a criminal trial like this."

Guzman, also known for his dramatic prison escapes in Mexico, was extradited to the United States in January 2017.

He has been held in solitary confinement in a cold, small cell at a federal lockup in Manhattan while awaiting trial, which has already been delayed twice.

On Monday, the selection of the men and women who will decide his fate is to begin under a veil of secrecy.

"This case has attracted observers, commentators, reporters, and readers from across the globe," Cogan wrote. "The interest in these proceedings is international and prospective jurors understand that. They will also understand what that means -- that the world is watching them."