Karen McDougal: Trump once tried to pay me for sex 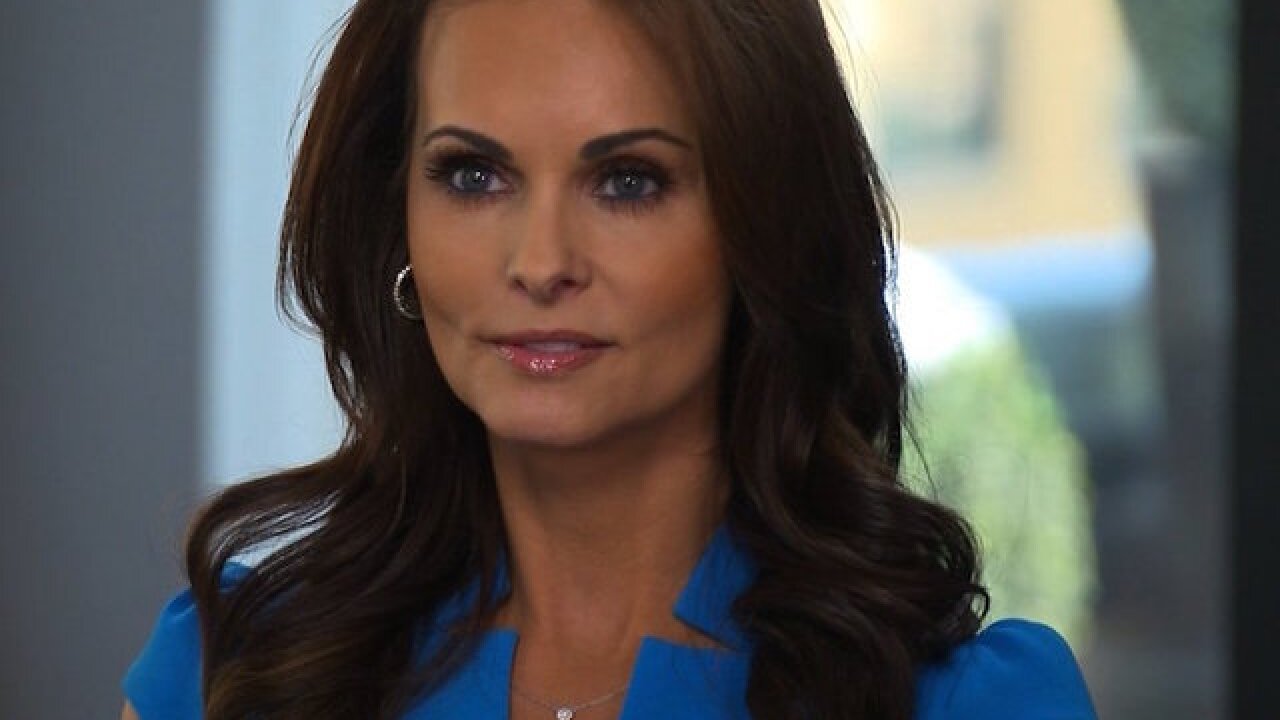 © 2018 Cable News Network, Inc.
CNN
<p>Donald Trump once tried to offer Karen McDougal money after they had been intimate, the former Playboy model told Anderson Cooper Thursday in an exclusive interview on CNN.</p>

Donald Trump once tried to offer Karen McDougal money after they had been intimate, the former Playboy model told Anderson Cooper Thursday in an exclusive interview on CNN.

"After we had been intimate, he tried to pay me, and I actually didn't know how to take that," she said of their first alleged sexual encounter.

When Cooper asked if Trump tried to hand her money, McDougal said, "He did."

"I don't even know how to describe the look on my face," she said. "It must have been so sad."

McDougal appeared on CNN to tell her story of an alleged affair she had with now-President Donald Trump over a decade ago and its emotional fallout, as well as to air her grievances with the company she's suing over the story.

As for Trump's wife, Melania, who Trump was married to during the alleged affair, McDougal expressed remorse and apologized.

A spokeswoman for the first lady did not respond to a request for comment.

Thursday's sitdown is McDougal's first televised interview since she filed a lawsuit earlier this week against American Media Inc., the company that owns The National Enquirer, to be released from an agreement with the company.

In response to Trump's offer of money after the first time she said they had sex, McDougal said she told Trump, "That's not me. I'm not that kind of girl."

The White House has said Trump denies the alleged affair.

Asked about Trump's denials, McDougal said, "I guess I understand because he's trying to protect his family, his image, things like that. But it was definitely a little like, 'Wow, you're going to lie about that?'"

She also described herself in the interview as a Trump-voting Republican.

"I voted for Donald," McDougal said.

Shortly before the presidential election, The Wall Street Journal published a story that said American Media Inc. paid $150,000 to McDougal, but did not run her story in a tabloid maneuver known as "catch and kill." The contract, according to the Journal, did not require the Enquirer to run the story and compelled McDougal's silence.

A corporate spokesman for American Media Inc. provided a statement to CNN in response to the suit on Tuesday, saying McDougal "has been free to respond to press inquiries about her relationship with President Trump since 2016" and that the company had not "silenced" her.

Offering to pay back the contracted sum she has with the company, McDougal denied to CNN that she was trying to profit further on her story and wanted the rights to her own narrative.

"The story is out there now," she said. "I'm not telling the nitty gritty details, as you can see. I'm very selective in what I'm saying about our relationship. I'm not out to make money on this. I'm out to get my rights back, to prove a contract was illegal, that I was taken advantage of and go back to my life. Period."

The New Yorker published an article last month that referenced an eight-page document McDougal wrote about the alleged affair, which a friend provided to the magazine and McDougal confirmed.

Throughout the extensive interview with CNN, McDougal expressed guilt over the alleged 10-month relationship with the married man who now occupies the Oval Office.

She said that guilt was what ultimately led her to end the alleged affair.

"I was just feeling so guilty, she said. "It was just digging inside me."

McDougal said she recalled a time when Trump showed her around his New York apartment in Trump Tower, pointing to Melania's room. She said it made her feel "very guilty."

"I just couldn't wait to get out of the apartment," she said.

Cooper brought her attention to a photo featuring McDougal, Melania and others, and she said she met Melania then at a release party for "The Apprentice" and said that she felt guilty and tried to keep her distance in a group photo.

She recalled meeting Trump's other older children, and said Trump had complimented her by comparing her favorably to his eldest daughter, Ivanka Trump.

"He said I was beautiful like her," McDougal said. "And, you know, 'You're a smart girl.' There wasn't a lot of comparing, but there was some. I heard a lot about her."

McDougal added that she did not think it was strange for Trump to brag about his daughter.

McDougal said their relationship was consensual and loving, and that they saw each other regularly through the duration of the alleged affair.

"I can tell you we saw each other a minimum five times a month, up to bigger numbers per month," she said.

McDougal said they were together "many dozens of times," and responded in the affirmative when asked if they were intimate -- saying later that Trump had not used protection.

She added that she did not know Trump might have been with other women at the time besides his wife.

"I didn't know he was intimate with other ladies," she said. "I thought I was the only one."

Adult film actress Stormy Daniels, whose legal name is Stephanie Clifford, has likewise gone to court to break her silence about an alleged affair with Trump around the same time.

Trump has denied those allegations as well.