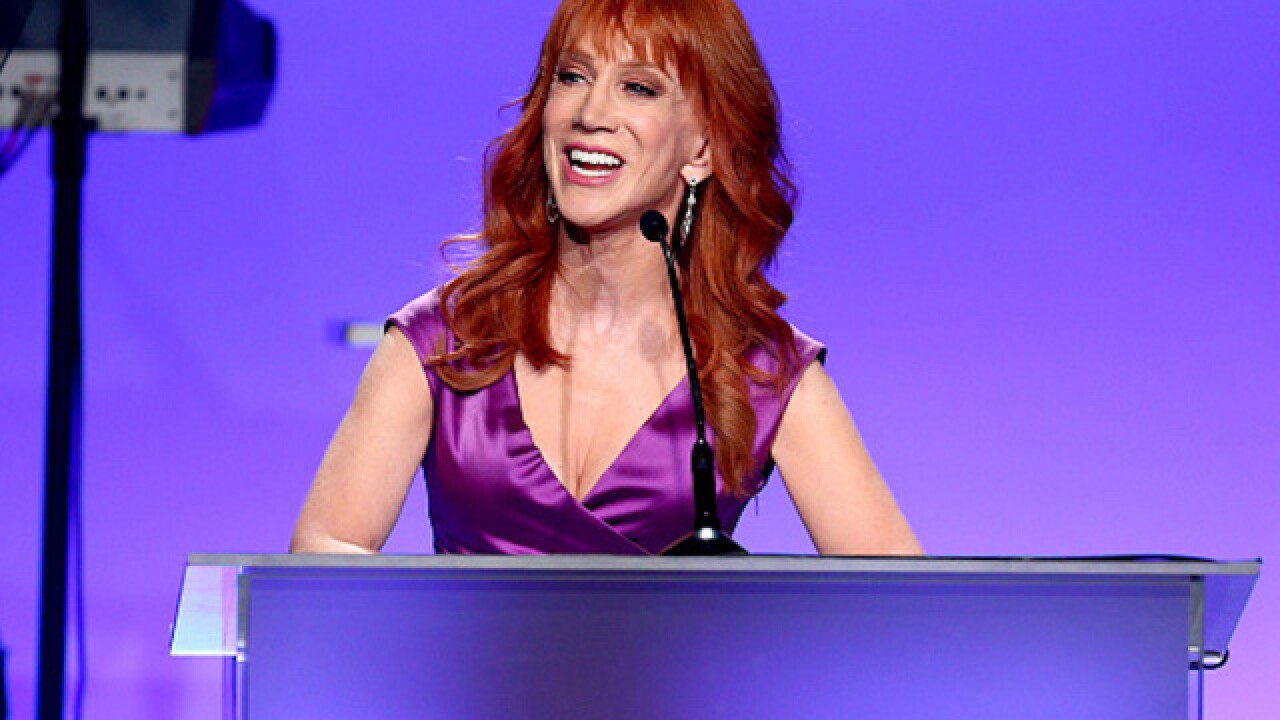 Copyright 2017 Scripps Media, Inc. All rights reserved. This material may not be published, broadcast, rewritten, or redistributed.
Rich Fury
<p>BEVERLY HILLS, CA - MAY 05: Comedian Kathy Griffin speaks onstage during the 24th Annual Race To Erase MS Gala at The Beverly Hilton Hotel on May 5, 2017 in Beverly Hills, California. (Photo by Rich Fury/Getty Images)</p>

Kathy Griffin will not be back as co-host of CNN's annual New Year's Eve program, the network announced Wednesday.

CNN's decision comes one day after photos were released of Griffin that showed the comedian holding up a bloody head resembling that of President Donald Trump.

"CNN has terminated our agreement with Kathy Griffin to appear on our New Year's Eve program," the network said in a statement.

Griffin has apologized for the photos, taken by provocative celebrity photographer Tyler Shields. She asked for them to be removed in a apologetic video statement she posted to Instagram late Tuesday.

"I beg for your forgiveness. I went too far," she said in the video. "I made a mistake and I was wrong."

On Tuesday night, a CNN spokesperson called the photos "disgusting and offensive."