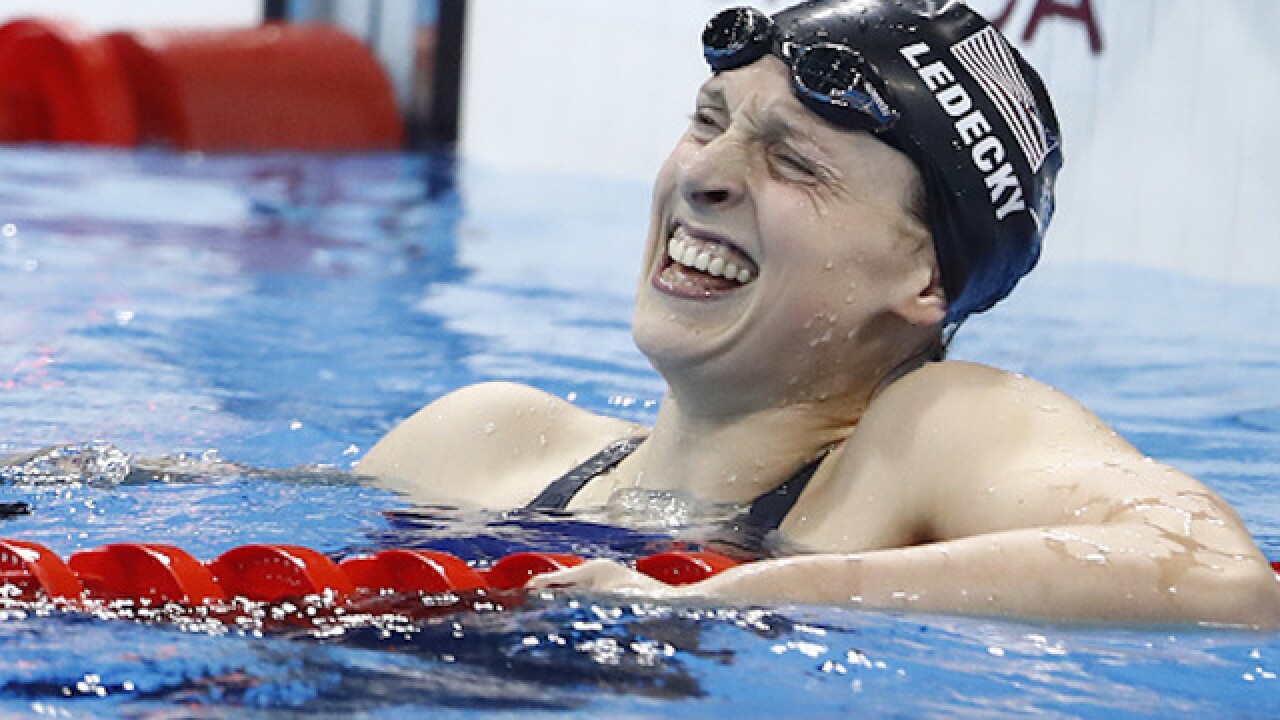 Katie Ledecky has delivered another dominating performance at the Rio Games, handily breaking the world record in the 800 freestyle.

Ledecky joined Debbie Meyer as the only women to sweep the three longer freestyle events at the same Olympics. Meyer took the 200, 400 and 800 at the 1968 Mexico Games, and Ledecky matched that performance with a couple of world records as well.

Ledecky was merely racing the clock as she powered away from the field to touch in 8 minutes, 4.79 seconds, eclipsing the mark 8:06.68 that she set at a grand prix meet in Texas back in January.

Then she waited for the rest of the field finish.

Jazz Karlin finally touched in 8:16.17 to claim the silver, just ahead of Hungary's Boglarka Kapas grabbing the bronze in 8:16.37.

Some 23 seconds after Ledecky touched the wall, the last of the eight finalists finally got to the end of the grueling race.