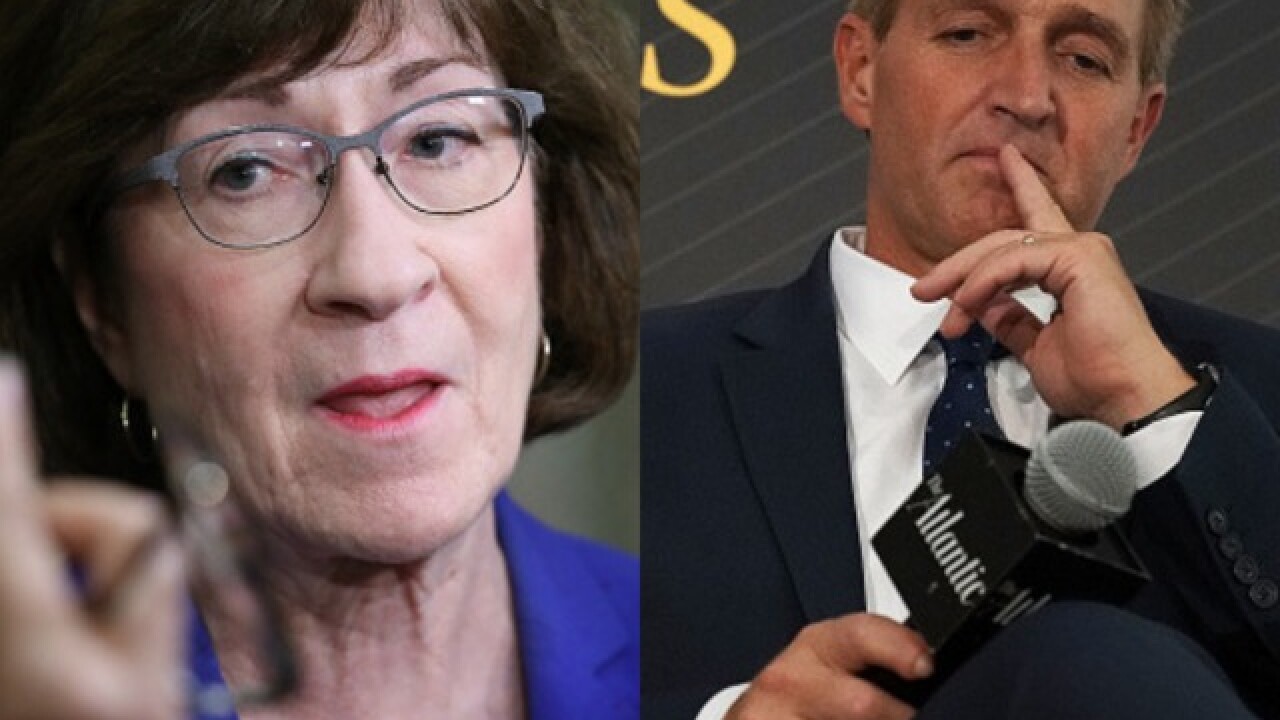 Two key Republican senators who have been undecided on whether to vote to confirm Brett Kavanaugh described the FBI's findings of an investigation into President Donald Trump's Supreme Court nominee as a thorough report, contrasting with Democrats' objections that the inquiry was rushed and incomplete.

Republican Sen. Susan Collins of Maine said Thursday that the FBI probe into allegations of sexual assault and inappropriate sexual behavior against Kavanaugh seems to be "very thorough" and said she would read the findings in full later in the day.

"It appears to be a very thorough investigation," Collins, who has not yet indicated how she plans to vote on the nomination, told reporters in the Capitol.

Collins is among a handful of senators whose votes could decide the fate of the nomination. The Maine Republican -- along with Republican Senators Jeff Flake of Arizona, Lisa Murkowski of Alaska and Democratic Senators Joe Manchin of West Virginia and Heidi Heitkamp of North Dakota -- are under intense scrutiny for clues as to how they may vote on the nomination as Senate Republicans push for a final vote, which could happen as early as Saturday.

Flake said later Thursday morning that he agreed with Collins' pronouncement that the investigation was thorough.

When asked by CNN if he was more inclined to support Kavanaugh after leaving the staff briefing on the report, Flake responded, "we've seen no additional corroborating information" to the claims against Kavanaugh, and added he needs to finish reviewing the material.

Flake pushed for the FBI probe last Friday following a day full of highly-charged testimony from Kavanaugh and the woman who accused him of sexual assault, Christine Blasey Ford. Flake agreed to vote Kavanaugh's nomination out of committee with a favorable recommendation on the condition that the FBI further investigate the allegations against Kavanaugh, a push that Collins and Murkowski publicly supported.

Senate Republicans need a simple majority to clear a procedural hurdle on Friday to end debate on the nomination and advance to a confirmation vote as early as the following day.

Kavanaugh has denied all allegations against him.