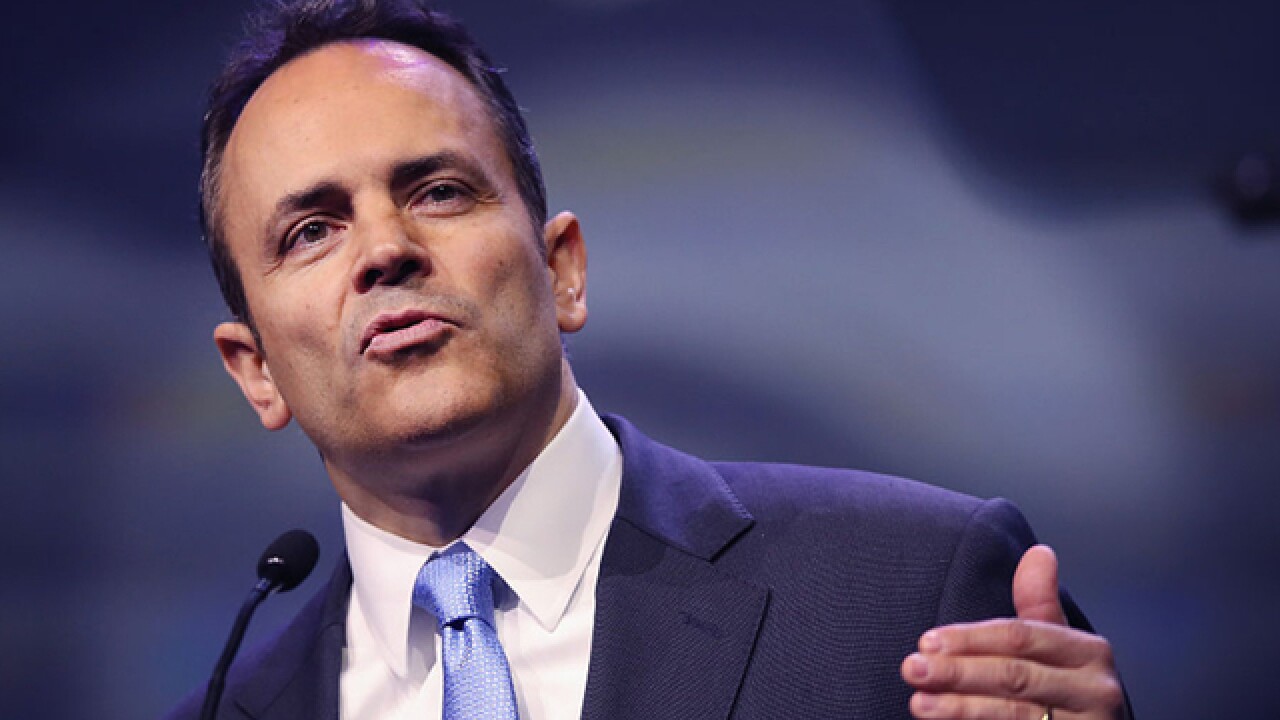 FRANKFORT, Ky. -- Republican Gov. Matt Bevin has opposed Kentucky teachers' rallies for pension protection and public education funding since they began, but never quite the way he did on Friday afternoon, when he told a gaggle of reporters that the strike would directly cause children to be injured, poisoned and sexually assaulted.

Bevin, who hours later would see his veto of an education-boosting state budget overriden by state lawmakers, characterized the attitudes of striking teachers as cavalier and flippant about student safety. He asserted their failure to appear would especially endanger the children of single parents who could not afford to miss a day of work.

Friday's teacher rally did result in the closure of at least 30 Kentucky school districts, including Erlanger-Elsemere Schools and Bellevue Independent Schools. However, officials from both Erlanger-Elsemere and Bellevue said Bevin's proposed education cuts -- not the one-day absence of teachers -- would "severely reduce" services that provide forms of childcare before and after school, including kindergarten, preschool and tutoring.

"If you look back to the governor's original budget, our district would stand to lose $3 million and overall, Northern Kentucky districts would lose about $30 million," Melanie Gleason, a teacher at Erlanger-Elsemere's Tichenor Middle School, said Friday morning.

Although the teachers succeeded in protecting pensions for current workers and pressuring legislators into overriding Bevin's veto, Kentucky teachers could still face problems in the future. The pension bill passed by the Kentucky legislature moves new hires onto a hybrid pension plan and would not protect them from future changes to the system.

Similar protests have occurred across the nation, with teachers rallying in Oklahoma and Arizona over low funding and pay. The demonstrations were inspired by West Virginia teachers, whose nine-day walkout after many years without raises led to a 5 percent pay hike.