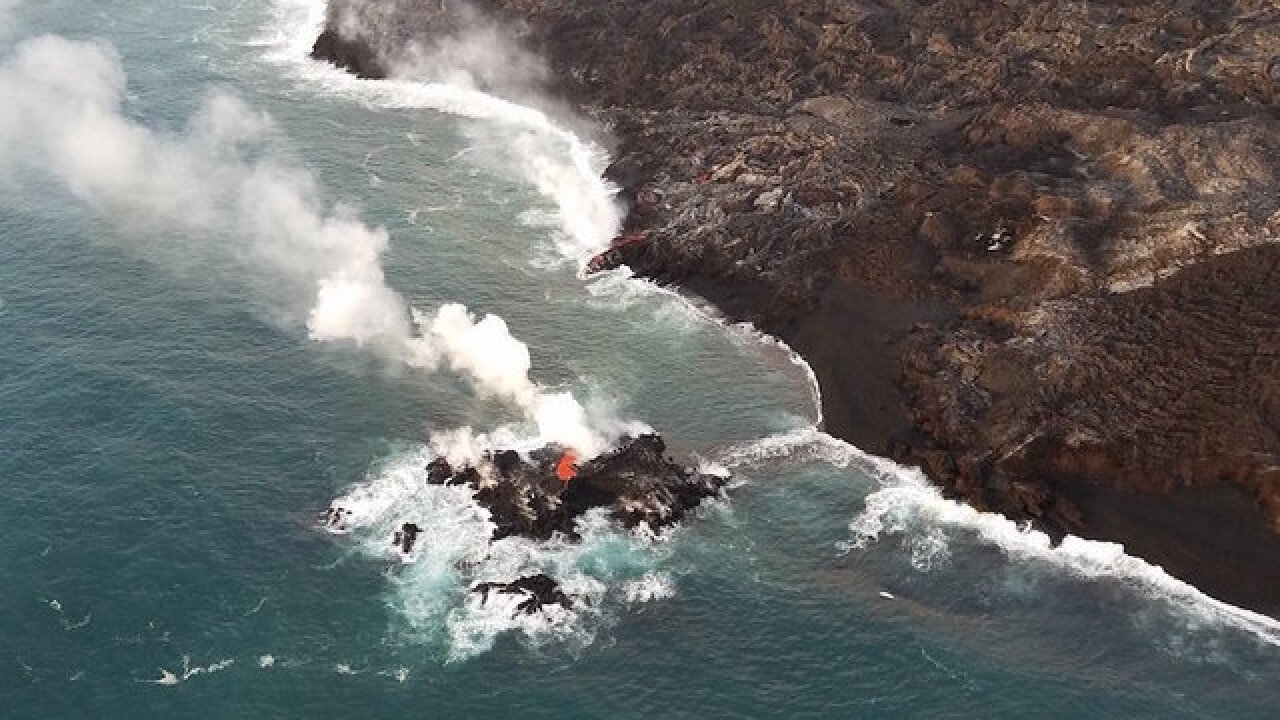 Lava that's still flowing from the Kilauea volcano has now created a tiny new island off the coast of Hawaii.

The island of lava appeared Thursday, just offshore from the northern edge of the Big Island, the United States Geological Survey said. A Hawaii Volcano Observatory crew noticed it during a Friday morning flight.

If the lava flow stays active, the island will probably connect to the coastline, USGS said. If not, it might erode away because of wave action.

The agency said the island is just a few meters offshore, and about 20 to 30 feet in diameter.

What's the island going to be called? USGS said regardless of what happens to the island, naming is the responsibility of the local community.

Kilauea erupted in early May, sending a flow of lava into residential areas of Hawaii island. The resulting lava flow has swallowed homes and left havoc and damage in its wake.

Kilauea was still erupting lava into the channel leading northwest from the vent as of Sunday, according to the USGS.