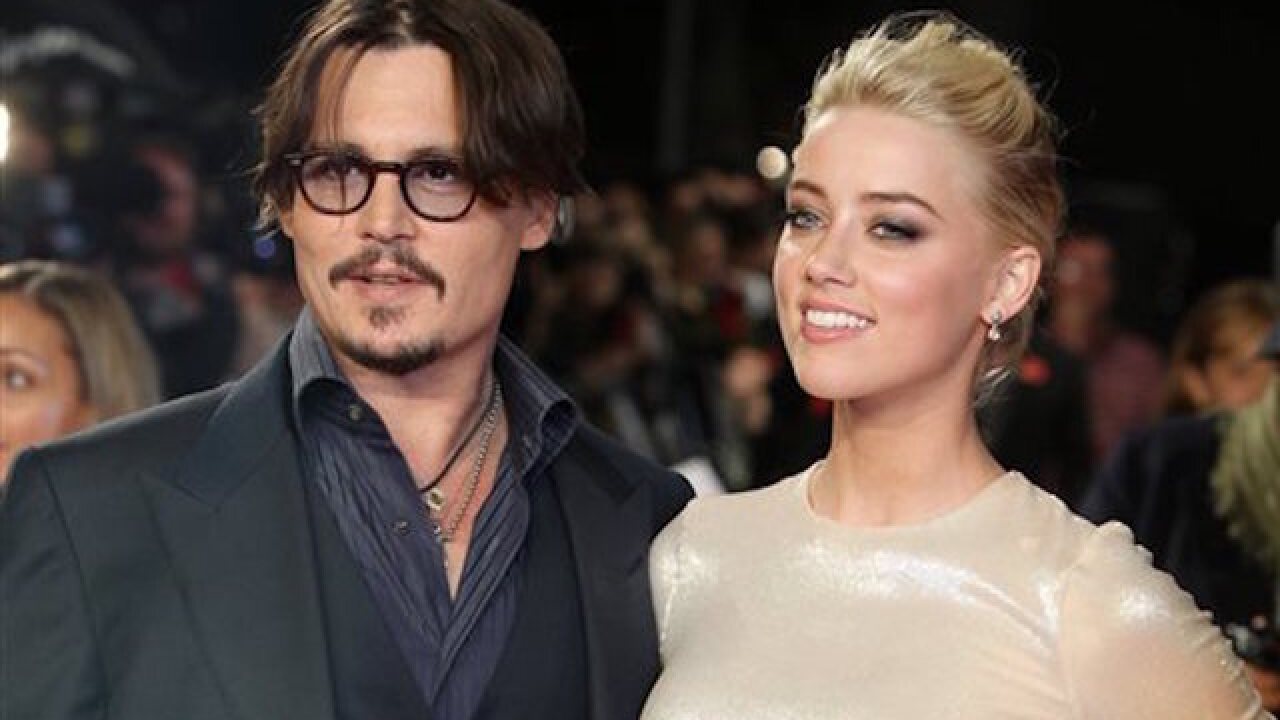 Copyright Associated Press
Joel Ryan
<p>In this Nov. 3, 2011 file photo, U.S. actors Johnny Depp, left, and Amber Heard arrive for the European premiere of their film, "The Rum Diary," in London. Attorneys for Heard, said Tuesday, May 31, 2016, that the model-actress has given a statement to Los Angeles police to support her account that Depp was physically abusive to her during a fight on May 21, 2016, in their Los Angeles home. Heard filed for divorce Monday, May 23, 2016, citing irreconcilable differences. (AP Photo/Joel Ryan)</p>

Attorneys Samantha Spector and Joseph P. Koenig wrote in a statement that model-actress Amber Heard had spoken to Los Angeles police. The statement did not indicate when Heard gave the statement, and the Los Angeles Police Department says it has no information about Heard speaking with officers.

"With her statement Amber hopes to give the LAPD the opportunity to conduct an accurate and complete investigation into the events of that evening and before," Heard's lawyers wrote. "If that occurs, and the truth is revealed, there is no doubt that Amber's claims will be substantiated beyond any doubt, and hopefully Johnny will get the help that he so desperately needs."

Heard obtained a temporary restraining order against Depp on Friday, alleging the actor threw her cell phone at her face, striking her below the right eye during a fight on May 21.

Los Angeles police have said they responded to the incident but found no evidence of a crime.

Spector and Koenig wrote that Heard did not initially give a statement to police because she was trying to protect Depp's reputation and career.

An email message sent to Depp's publicist was not immediately returned Tuesday.

Heard submitted a photo of her bruised face when she applied for the restraining order. She also wrote that the actor pulled her hair, screamed at her and repeatedly hit her and violently grabbed her face.

She appeared at a Los Angeles court on Friday and had a bruise on her right cheek below the eye.

Heard filed for divorce on May 23, two days after the alleged abuse, citing irreconcilable differences. Depp's lawyer has accused Heard of using the abuse allegations to try to gain an advantage on the actor in divorce proceedings. She is seeking spousal support, but Depp is asking a judge to deny that request.

"Amber is simply a victim of domestic violence, and none of her actions are motivated by money," Heard's lawyers wrote. "Amber is a brave and financially independent woman who is showing the courage of her convictions by doing the right thing against Johnny's relentless army of lawyers and surrogates."

Heard and Depp met on the set of the 2011 film "The Rum Diary" and were married for 15 months before the divorce petition was filed. Heard wrote that May 21, the day of the alleged assault, was the first time she had seen Depp in a month.

Depp is traveling overseas on tour with his band, Hollywood Vampires. His latest film, "Alice Through the Looking Glass" bombed at the box office, earning just over $28.1 million in its opening weekend, according to figures released Sunday.