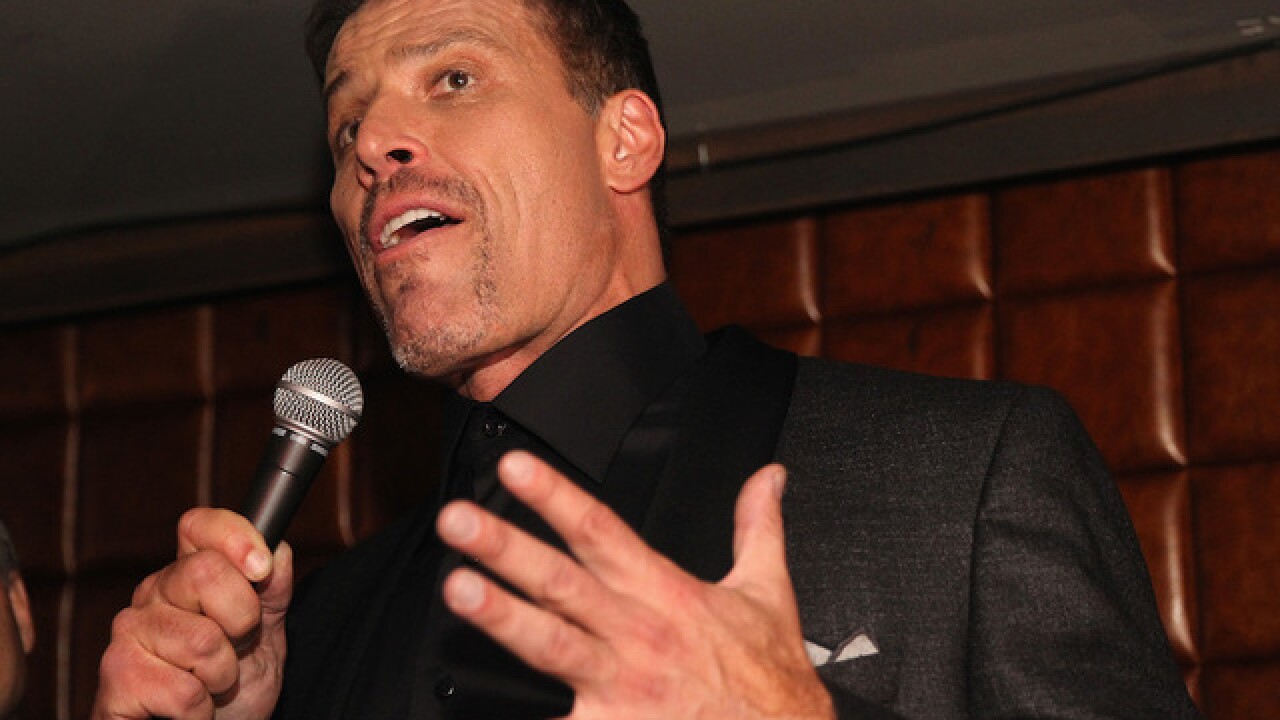 Life coach Tony Robbins apologized Sunday for his comments about the #MeToo movement after suggesting during a March event that some women use it to gain significance by playing the victim.

Robbins argued with a woman name Nanine McCool during a March 15 Unleash the Power Within event about how the #MeToo movement is being used. McCool posted the exchange on her personal YouTube account on March 25. Robbins immediately faced backlash for what he said.

"My comments failed to reflect the respect I have for everything Tarana Burke and the #MeToo movement has achieved," Robbins said in a statement , referencing the woman credited with starting the movement in 2006. "I apologize for suggesting anything other than my profound admiration for the #MeToo movement."

The video shows Robbins towering over McCool, and at one point using his fist to push her to metaphorically show how some women are using the movement.

"If you use the #MeToo movement to try to get significance and certainty by attacking and destroying someone else, you haven't grown an ounce. All you've done is basically use a drug called significance to make yourself feel good," Robbins said during the event.

McCool acknowledged during the exchange there are people using the #MeToo Movement for their own personal gain, but also said that there are people who are trying to make it safe for other women.

"You're a leader and an influential man and you are doing a disservice, in my opinion, to the #MeToo movement," McCool said to Robbins.

Robbins said during the event that he can't be doing a disservice because the women in the room will continue to do what they believe.

"It's not just about what women believe, it's about what people believe," McCool said.

"I'm not gonna be inauthentic and say I'm sorry about something I'm not sorry about," Robbins said at the end of the exchange.

After the exchange was posted, it was picked up by the entertainment news outlet NowThis Entertainment where it went viral when it was posted Friday.

Tarana Burke, who started the #MeToo movement, said on Twitter Saturday that Robbins' representatives reached out to her.

"They wanted to 'give me context' apparently," she said in the tweets. "I don't need any. I have eyes."

McCool posted another video on Saturday , after the NowThis video went viral, saying she didn't plan on having that exchange with Robbins, but is "grateful and honored to be the catalyst for this discussion."

"If we're all agreeing with each other, if we shut down all the people who don't agree with us then we have no discussion and we get nowhere," she said, adding that she doesn't believe in bashing Robbins.

"I hope what we can actually do is create a discussion with Tony Robbins instead of at Tony Robbins," she said.

Robbins acknowledged in his apology Sunday that he has much to learn.

"I am committed to being part of the solution," he said.