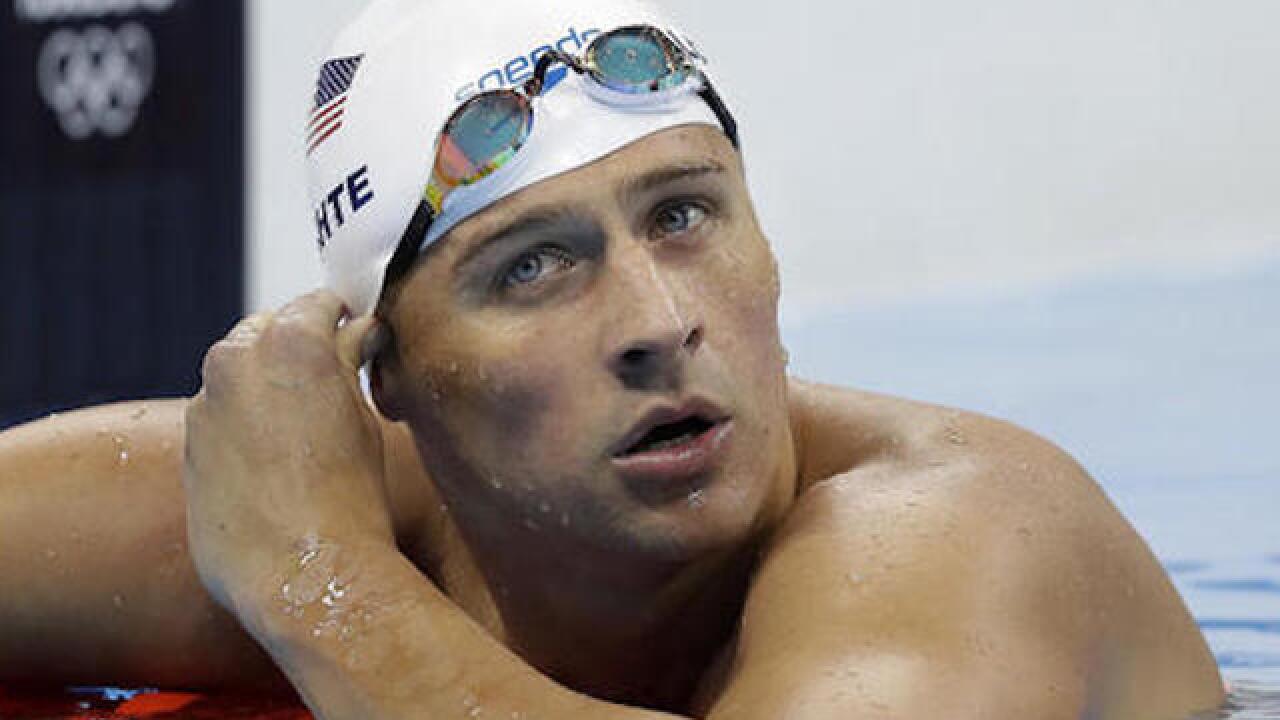 Ryan Lochte lost three major sponsors when swimsuit company Speedo USA, clothing giant Ralph Lauren and skin-care firm Syneron-Candela announced in quick succession Monday they were dumping the swimmer over a drunken incident during the Rio Olympics that he initially described as an armed robbery.

Speedo USA also said it would donate $50,000 of Lochte's fee to Save The Children to benefit needy youngsters in Brazil.

"While we have enjoyed a winning relationship with Ryan for over a decade and he has been an important member of the Speedo team, we cannot condone behavior that is counter to the values this brand has long stood for," the prominent swimsuit company said in a brief statement. "We appreciate his many achievements and hope he moves forward and learns from this experience."

Shortly after Speedo USA made its announcement, Ralph Lauren and Syneron-Candela followed suit.

"Ralph Lauren continues to proudly sponsor the U.S. Olympic and Paralympic Team and the values that its athletes embody," said Ralph Lauren, which provided the Polo-branded attire worn by the American team at the opening and closing ceremonies. "Ralph Lauren's endorsement agreement with Ryan Lochte was specifically in support of the Rio 2016 Olympic Games and the company will not be renewing his contract."

Syneron-Candela offers a line of skin-treatment products that deal with body contouring, wrinkle reduction, acne and vein care, as well as tattoo removal.

"We hold our employees to high standards, and we expect the same of our business partners," the company said. "We wish Ryan well on his future endeavors and thank him for the time he spent supporting our brand."

Lochte issued a brief statement through his public relations firm addressing his long relationship with Speedo.

"I respect Speedo's decision and am grateful for the opportunities that our partnership has afforded me over the years," he said. "I am proud of the accomplishments that we have achieved together."

Initially, Lochte said he and three swimming teammates were robbed after their taxi was pulled over by armed men posing as police the night after the swimming competition ended in Rio de Janeiro.

He has since apologized for embellishing his version of events.

The financial costs of losing Speedo and Ralph Lauren are likely to be only the first sanctions that await Lochte, whose night of partying ended up tarnishing the reputation of the American team and dominating news away from the stadiums and arenas in the final days of the Rio Games that closed Sunday night.

Both the U.S. Olympic Committee and USA Swimming have indicated that Lochte will be punished, perhaps endangering the 32-year-old's hopes of competing in a fifth Olympics at Tokyo in 2020. He could also face criminal charges in Brazil, where the other swimmers were initially barred from leaving the country until they were interviewed by authorities.

The trouble began when media reports emerged on Aug. 14 that Lochte and three other U.S. swimmers — Jack Conger, Gunnar Bentz and Jimmy Feigen — were robbed at gunpoint when their cab was pulled over by men posing as police. The incident caused a furor in Rio, where street crime was a major issue heading into the games.

Feigen wound up donating just under $11,000 to a Brazilian nonprofit sports organization to settle any potential legal action. Bentz issued a statement saying Lochte tore a sign off a wall at the gas station and got into a heated exchange with the security officers, though Bentz denied the swimmers did any damage to a locked bathroom as authorities alleged.

That version quickly unraveled when police said the swimmers never reported the incident to authorities and there was scant evidence of a robbery. Video surveillance emerged showing the swimmers getting into a confrontation with armed security guards over alleged vandalism at a gas station when their taxi pulled over to let the four athletes use the restroom. While there have been conflicting versions over whether the guards pulled their weapons on the swimmers, Lochte conceded that his behavior led to the confrontation, which resulted in the swimmers paying some $50 in U.S. and Brazilian currency before they were allowed to leave.

In his most recent interview with NBC, which was taped in New York and began airing this past weekend, Lochte said he "very intoxicated" and takes "full responsibility" for his actions. He also apologized in an interview with Brazil's main broadcaster, Globo.

"I over-exaggerated the story," he told NBC. "If I had never done that, we wouldn't be in this mess."

Lochte is a 12-time Olympic medalist and long one of the most popular U.S. athletes, known for his trademark saying "Jeah!" and such antics as wearing diamond grillz on the medal stand and dying his hair a silvery color before the Rio Games. He also starred in a short-lived reality television show after the 2012 Olympics.

At these games, Lochte had a greatly reduced role after qualifying for just one individual event. He finished fifth in the 200-meter individual medley, far behind longtime rival Michael Phelps, but did help Phelps and the Americans win gold in the 4x200 freestyle relay.