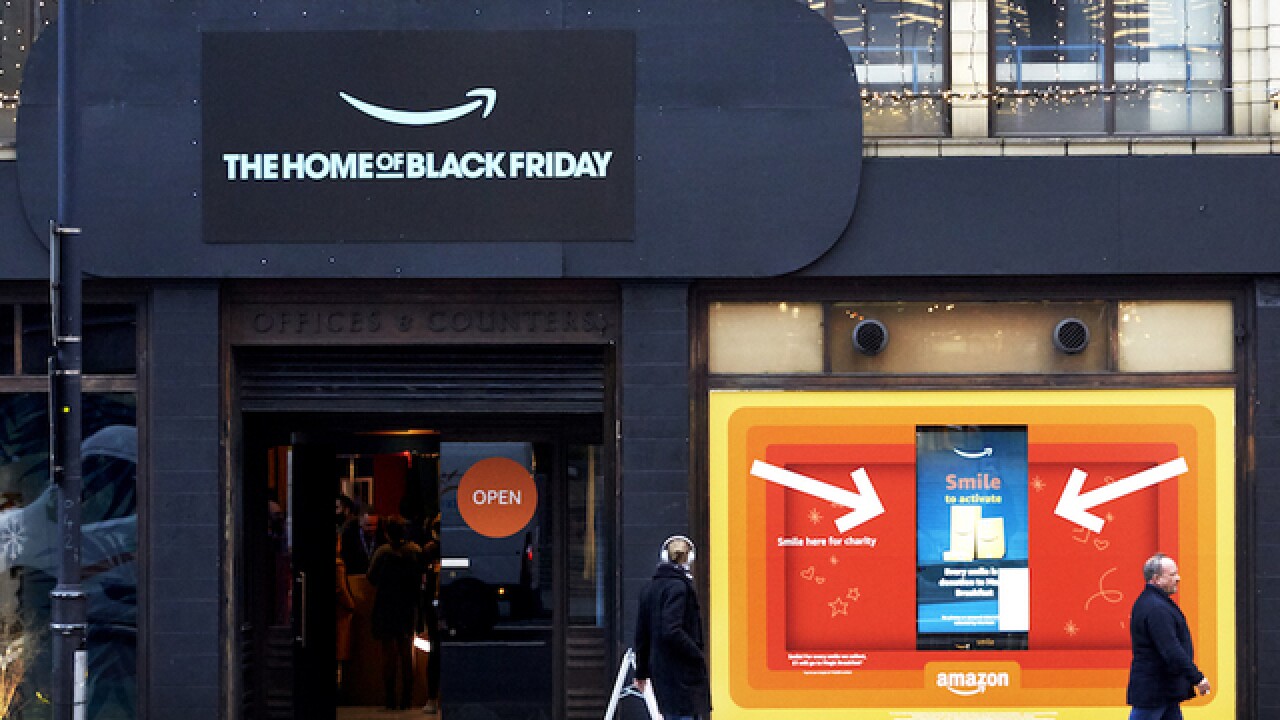 It's official: Black Friday and Cyber Monday are still shopping bonanzas for retailers.

Mastercard estimated sales on Black Friday hit $23 billion, surging 9 percent from last year. Cyber Monday may have seen as much as a 19 percent increase from last year, Adobe Analytics predicted. (The final numbers are not yet out.)

Although it will take several weeks for the dust to settle, traditional players have emerged as early winners in the holiday shake out. Traffic at Walmart, Target, Best Buy, and Kohl's was strong on Black Friday and into the weekend, analysts say.

The early results signal that retailers got a lift from a strong economy, convenient new ways to spend, and the demise of former rivals. All five companies' stock prices rose on Monday, reflecting investor optimism for the holidays.

Although fewer shoppers turned out at brick-and-mortar stores, more bought on online and on their smartphones.

Overall, traffic to physical stores dipped 1% on Thanksgiving and Black Friday compared to 2017, according to ShopperTrak, a retail consultancy that monitors in-store traffic. Digital analytics firm RetailNext said traffic declined 6.6% during the four-day weekend compared to a year ago.

"This was a great Black Friday. Consumers came out in droves and retailers stepped up efforts around inventory and servicing," said Marshal Cohen, chief industry adviser at NPD Group.

Despite fewer trips to the malls and more time for customers to score deals than ever before, Black Friday and Cyber Monday are critical to retailers. They make an outsized chunk of their sales during the final quarter of the year.

Retailers that disappoint during the stretch can face harsh consequences from investors, especially those that sell holiday staples like toys, electronics, and jewelry.

"A weak performance during the end-of-year shopping season puts a retailer in a fragile position," Euromonitor International analyst Amanda Bourlier said in a research report earlier this month.

Several factors have underpinned growth this year, starting with the economy and consumers flush with more cash to spend.

Wages, which grew 3.1 percent in October compared with a year ago, are inching up after years of stagnant growth. Unemployment is at a 49-year low and consumer confidence is at an 18-year high.

Efforts to expand online pickup at stores and delivery options have paid off with shoppers. Online order pickups rose 73 percent on Thanksgiving and Black Friday compared with last year, according to Adobe.

And a drop in gas prices is also helping consumers, giving them more to spend more on holiday gifts.

Seizing the Toys 'R' Us opportunity

The collapse of Sears, Toys "R" Us, and Bon-Ton is boosting the rest of the pack.

More than 5,460 stores have closed so far this year, including 881 Toys "R" Us', 472 Sears and Kmart's, and 260 Bon-Ton department stores, according to retail think-tank Coresight Research.

Walmart and Target have raced to fill the Toys 'R' Us vacancy. They have stockpiled inventory, expanded sections at stores, and built up their online offering. L.O.L. Surprise and Fingerlings have been among the best selling toys, analysts say.

Toy sections were busy at both companies during the weekend, Morgan Stanley analyst Simeon Gutman said in a report on Monday. Around half of annual toy sales come during the holidays.