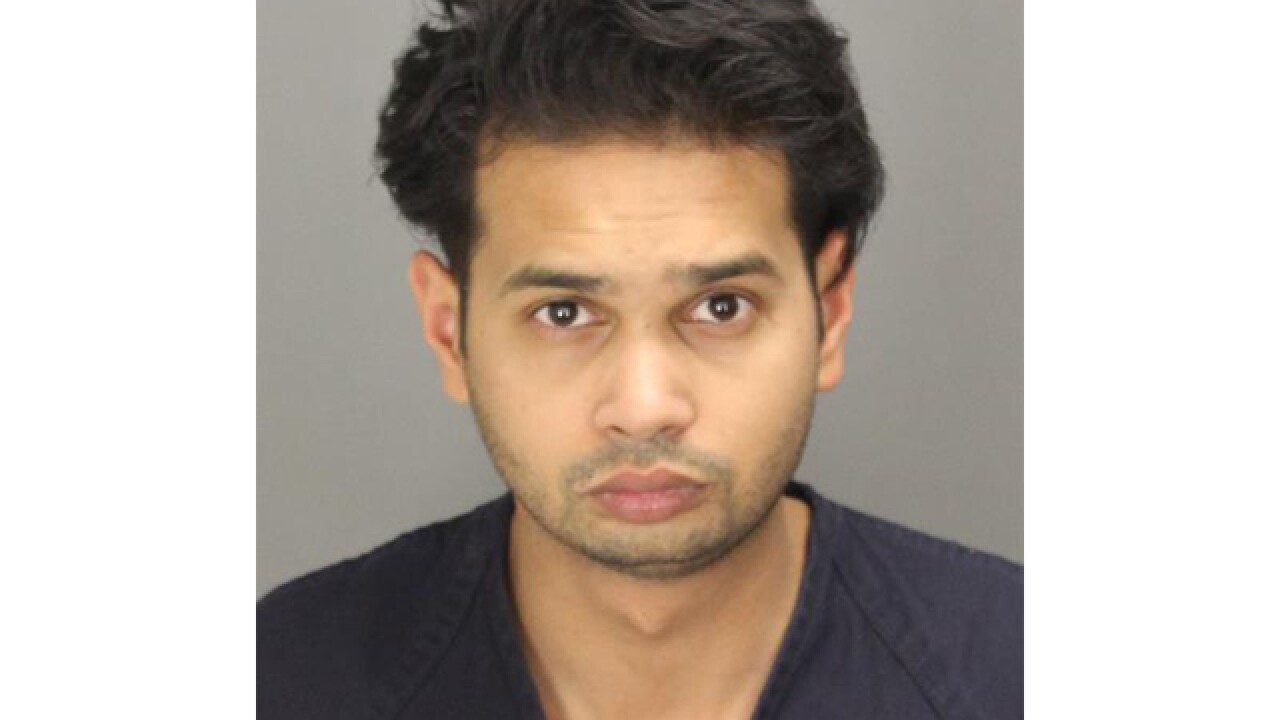 A Lyft driver accused of sexually assaulting a customer on April 24 has been arrested, police say.

The woman told police that she had been sexually assaulted in the city of Pontiac, Michigan. At 5 p.m. on April 24, the victim contacted a Lyft driver she had previously used.

The driver claimed he was the owner of a health spa and would give her $400 if she let him give her a massage and filled out a survey evaluating the massage afterward.

The victim said Hanif also encouraged her to drink from an already opened container of Four Loko, an alcoholic beverage. She arrived at the alleged spa and said she felt as if she was 'buzzed.'

At the end of the massage, the victim said Hanif offered her $1,000 in exchange for sexual intercourse. The victim refused, at which time she was sexually assaulted by the suspect, police say. After, Hanif reportedly drove the victim back to her residence.

Hanif was arrested on April 25 and lodged at the Oakland County Jail after being interviewed by detectives. During the investigation, detectives discovered he was listed as a possible suspect in a different sexual assault incident that occurred in December 2017.

“The Detectives assigned to this case worked quickly and methodically in order to give this victim the justice she deserves,” Sheriff Michael J. Bouchard. “We will never tolerate behavior from those who commit sexual violence. I commend this victim for coming forward as she may have brought closure for other victims as well. This is a reminder to review some of the newest safety features included in apps such as Uber and Lyft, which allow you to send your location to friends and family and call for emergency help quickly. Always use vigilance and if something sounds a bit strange, listen to your intuition.”

Hanif has been arraigned on three counts of Criminal Sexual Conduct - Third Degree, which is a 15-year felony.

Police say there may have been other incidents involving Hanif and ask the public to contact the Oakland County Sheriff's Office at 248-858-4911 if they have any information related to either of the mentioned cases or others that may have occurred.