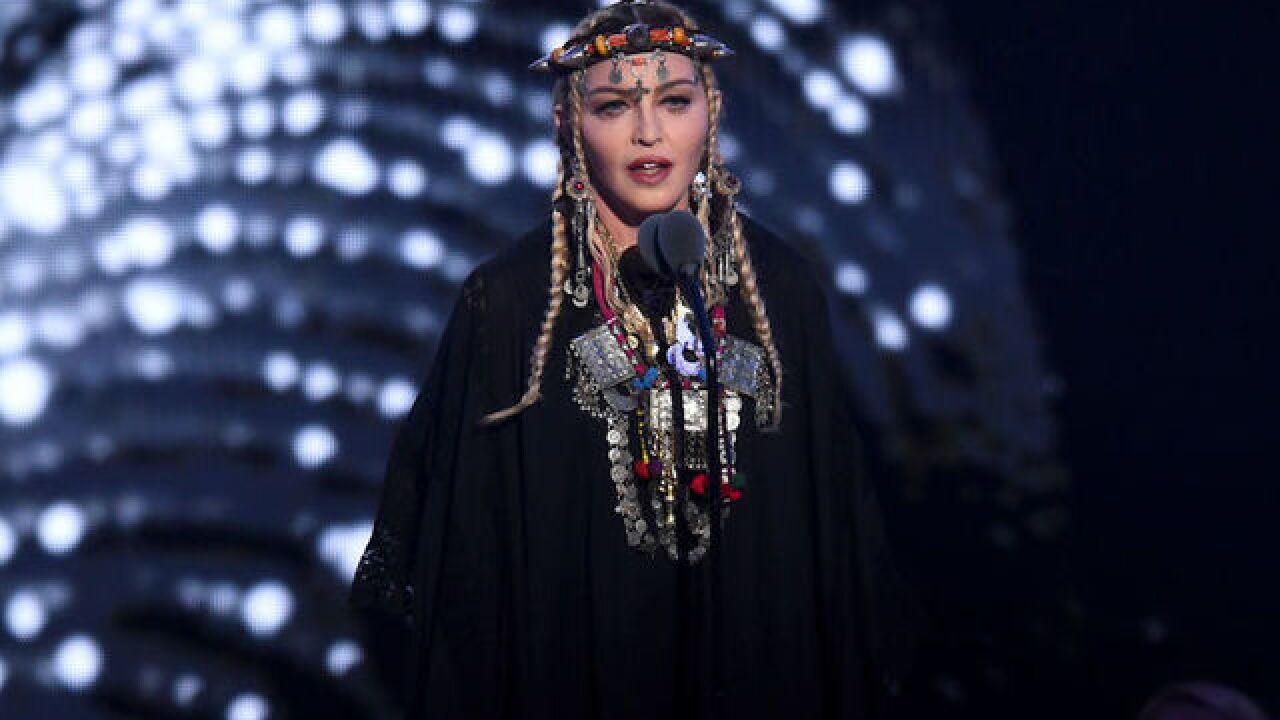 Madonna says she meant no d-i-s-r-e-s-p-e-c-t when she shared a story about her connection to the late Aretha Franklin during the MTV's Video Music Awards on Monday night.

Madonna said she was asked to present the award for video of the year at the VMAs and told to "share any anecdotes I had in my career connected to Aretha Franklin." But she did "not intend to do a tribute to her," according to a post the singer shared on Instagram.

"I shared a part of my journey and thanked Aretha for inspiring me along the way. I did not intend to do a tribute to her!" Madonna wrote. "That would be impossible in 2 minutes with all the noise and tinsel of an award show. I could never do her justice in this context or environment."

Franklin died last week after a battle with pancreatic cancer.

When Madonna walked on stage to present, an image of Franklin loomed over her, leading most to believe she was there to do a proper tribute to the late legend. What followed left viewers scratching their heads, with some saying her speech was as much an appreciation of herself as it was to the Queen of Soul.

Madonna opened her statement on stage by saying Franklin "changed the course of my life," but from there, it evolved into a story about Madonna's journey into the music business.

The singer shared her experience at an audition where she sang Franklin's version of "(You Make Me Feel Like) A Natural Woman" in a last-minute decision after she had failed to bring sheet music or prepare another song.

Madonna told the crowd she ended up singing the tune, which she knew "by heart," acapella. Though, she said, the two men who she was auditioning for didn't believe "some skinny-ass white girl" was going to "belt out a song by one of the greatest soul singers that ever lived."

According to Madonna, she impressed the men, but the gig ended up leading to a dead-end opportunity. While her big break would come later, she said Franklin "led me to where I am today."

Viewers reacted swiftly on social media to Madonna's story and her perceived attempt to honor Franklin.

Some people complained that Madonna's remarks were too focused on her own triumph rather than Franklin's legacy.

"So instead of an actual tribute to Aretha you let Madonna talk about herself for 30 minutes?! @MTV our beautiful black queen deserves better," wrote one user.

Others lambasted MTV for failing to find an artist of color to speak to Franklin's impact.

"#Madonna is demonstrating a dynamic performance of peak white womanhood. This was not an #Aretha tribute but a monologue on how another iconic Black woman is being reduced to how she helped a white woman," one person wrote.

MTV has not responded to CNN's request for comment.

The video of the year award ended up going to Camila Cabello for "Havana."