Magnitude 6.8 earthquake strikes off the coast of Canada; no tsunami threat 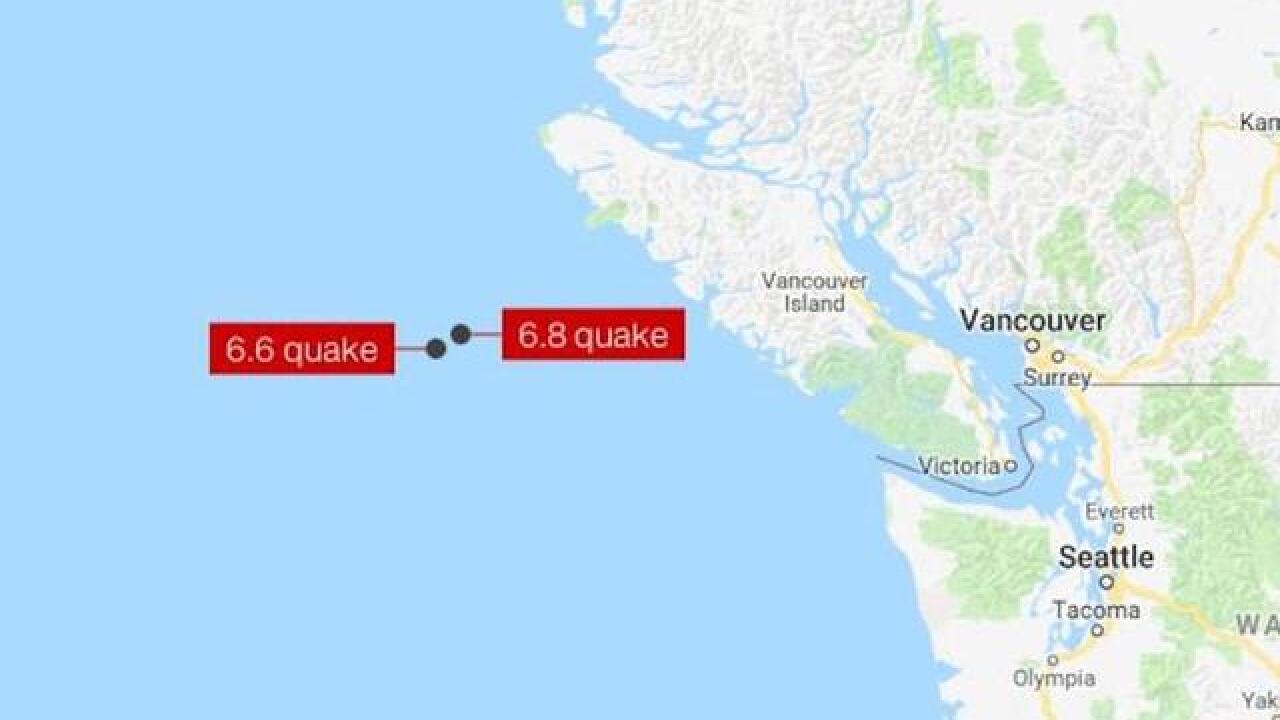 A magnitude 6.8 earthquake struck northwest of Canada's Vancouver Island late Sunday, according to the United States Geological Survey. It was one of a trio of earthquakes to occur in quick succession on the same fault line.

The US Geological Survey said the preliminary 6.6-magnitude earthquake was 6.8 miles deep, about 135 miles southwest of Port Hardy, a town on the northeastern end of Vancouver Island. It occurred at 10:39 p.m. local time (1:39 a.m. Monday ET), according to the USGS.

The 6.8-magnitude quake came about 35 minutes later and was centered about 12 miles closer to Port Hardy at a depth of about 6 miles, the USGS said.

An aftershock, registering a magnitude of 6.5, followed about six minutes later, the USGS said.

The USGS did not predict damage from the quakes,  forecasting they would be felt only lightly . There was no tsunami threat,  the Pacific Tsunami Warning Center said .

CNN meteorologist Robert Shackelford said the three earthquakes were all part of the same fault line.