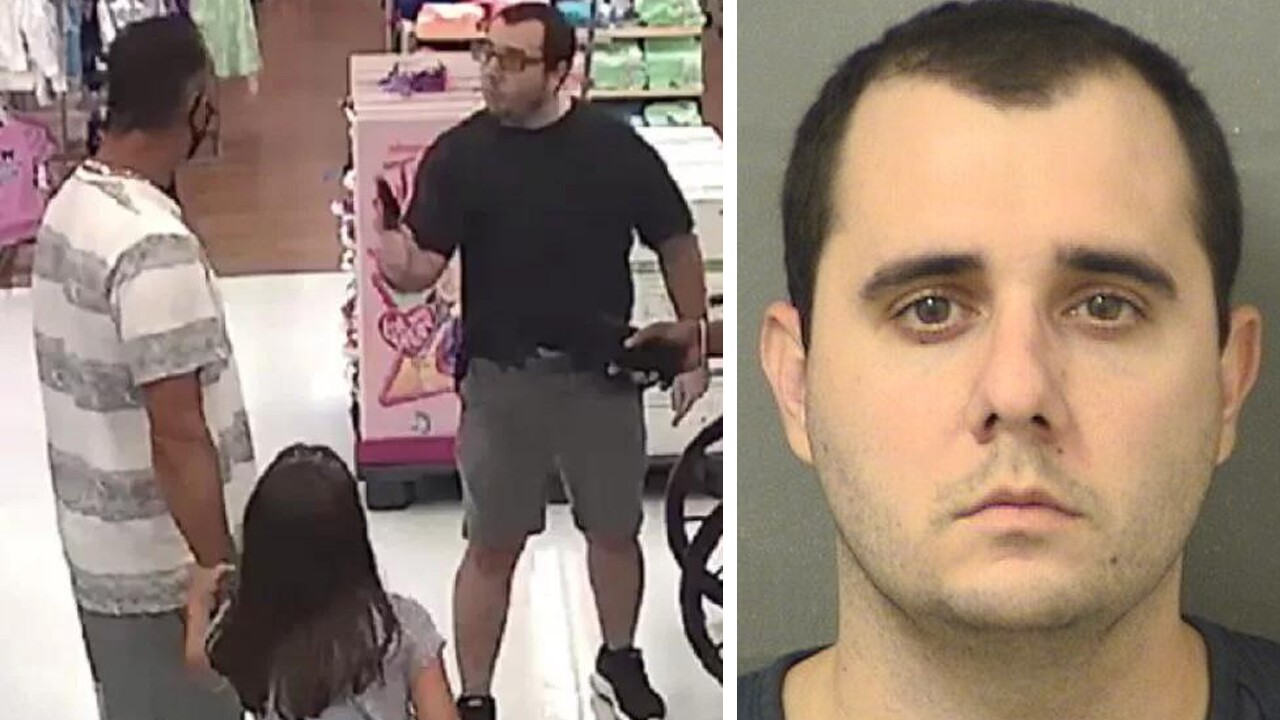 Palm Beach County Sheriff's Office
Vincent Scavetta was arrested after pulling a gun on a man, who was shopping with his daughter at a Walmart in Royal Palm Beach, and threatening to kill him, deputies say.

PALM BEACH COUNTY, Fla. -- An unmasked man pulled a gun on a masked shopper and threatened to kill him during an apparent confrontation over face coverings at a Florida Walmart, deputies said.

According to the Palm Beach County Sheriff's Office, the store's security video shows Vincent Scavetta pushing an older man in a wheelchair through the Royal Palm Beach store on July 12.

In the video, a man with his young daughter approach Scavetta and exchange words. Witnesses said the man made a comment about Scavetta not wearing a mask.

The video shows Scavetta giving the shopper the middle finger before pulling a handgun from his waistband, deputies said.

"I'll kill you," Scavetta said, according to an arrest report.

Scavetta faces charges of aggravated assault with a deadly weapon and improper exhibition of a firearm.

The man who pulled a gun during a verbal altercation in @Walmart Royal Palm Beach has been arrested for Aggravated Assault with a Deadly Weapon and Improper Exhibition of a Firearm.

Welcome to PBC Jail, son. Let this be a lesson. It could have ended badly. pic.twitter.com/Sx13OZ9i4j

This story was originally published by Victoria Lewis at WPTV.