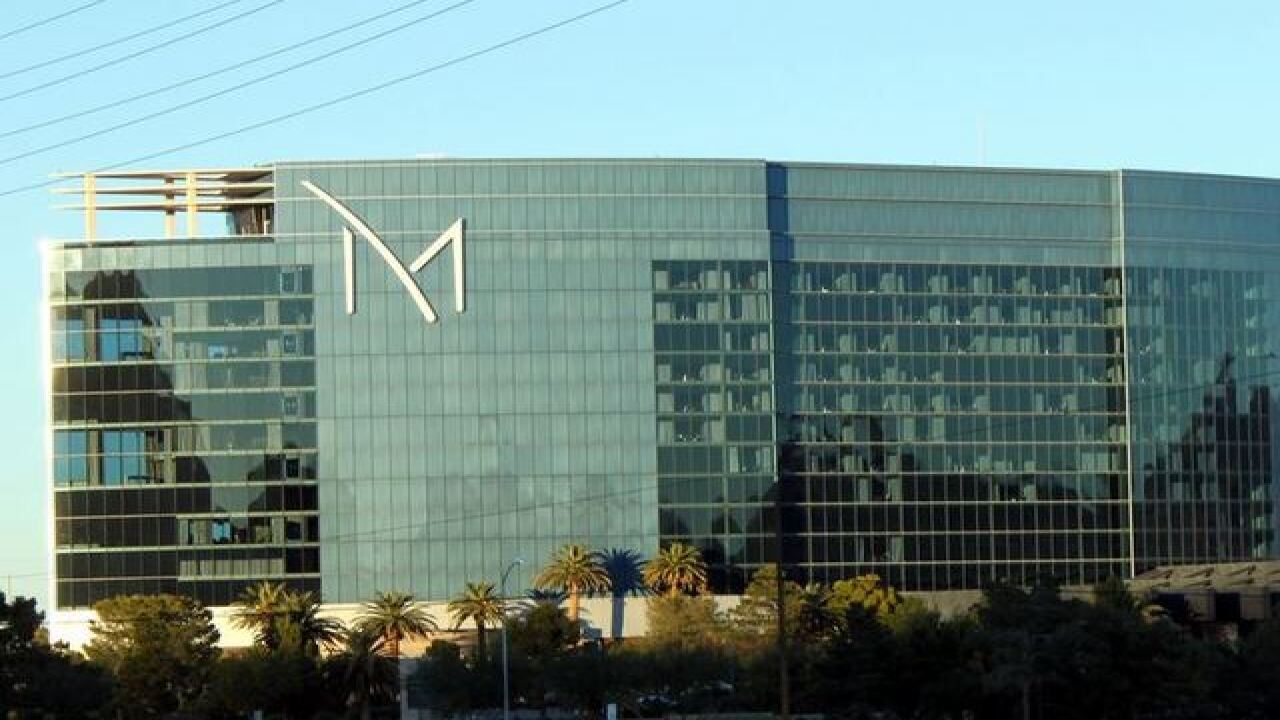 Copyright 2017 Scripps Media, Inc. All rights reserved. This material may not be published, broadcast, rewritten, or redistributed.
prayitno photography / Flickr

Over the course of three months, a robber decided to test his luck not once but three times at the M Resort in Las Vegas.

On Aug. 24, Gregory Bolusan reportedly entered the M Resort at 3:54 a.m. with a handgun and a backpack. He demanded that the cage employee hand over all of their money but was unsuccessful due to the employee fleeing the cage.

Bolusan returned to the M Resort on Sept. 10 at 5:33 a.m. with the intentions robbing the casino cage again. This time he made away with $29,589. Investigators were able to identify him because he wore the same clothing, drove the same vehicle and used a similar gun and backpack.

In his final attempt, Bolusan returned to the M Resort on Oct. 28 and was able to use the same game plan to make away with $33,480 – or so he thought.

Bolusan was wearing different clothes during this robbery attempt but was driving the exact same vehicle, parked in the exact same spot, and entered the exact same doors as before. This led to M Resort security members apprehending Bolusan before he could get away with the cash.

During the arrest, it was determined that he was driving a white 2010 Toyota Camry and that his gun was not real.

Bolusan was booked into the Henderson Detention Center on several counts of attempted robbery, burglary.