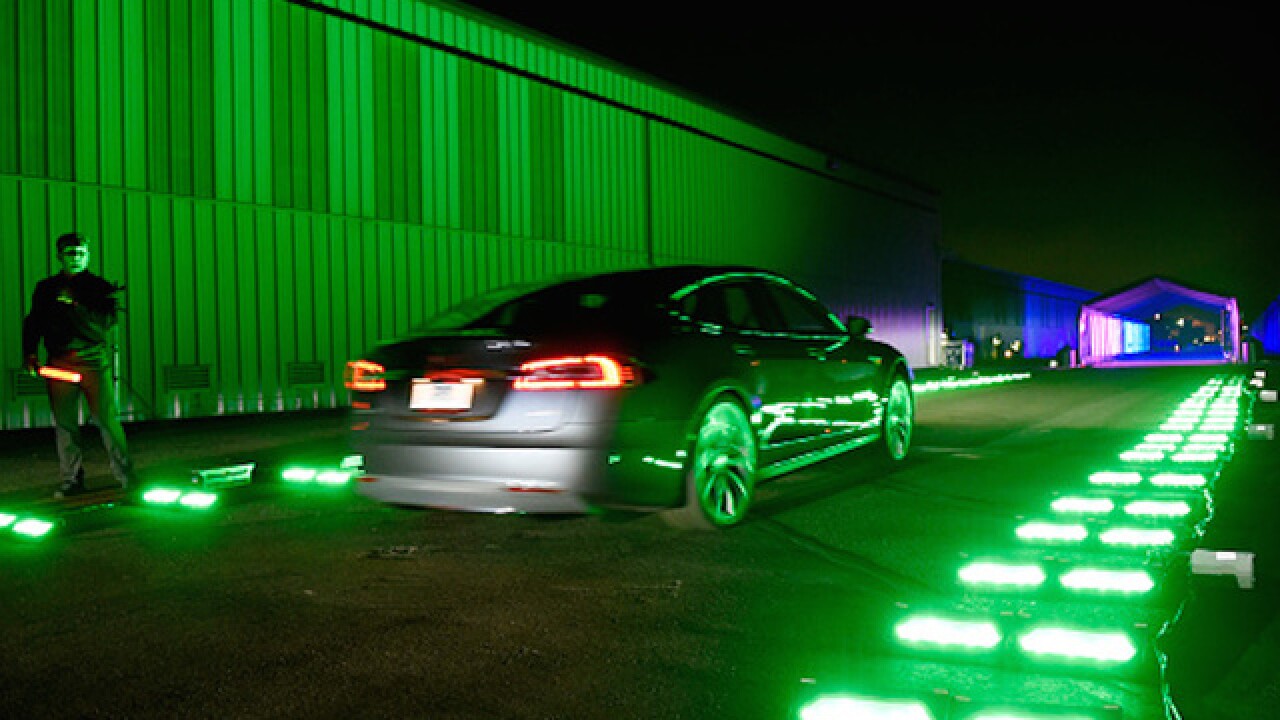 Kevork Djansezian
<p>HAWTHORNE CA - OCTOBER 09: Tesla owners take a ride in the new Tesla "D" model after Elon Musk, CEO of Tesla, unveiled the dual engine chassis, a faster and all-wheel-drive version of the Model S electric sedan, at the Hawthorne Airport October 09, 2014 in Hawthorne, California. The D will be able to accelerate to 60 miles per hour in just over 3 seconds. (Photo by Kevork Djansezian/Getty Images)</p>

Tesla turned heads when it debuted Autopilot hardware in 2014, which allowed cars to navigate in traffic and drive on the highway without the assistance of the driver.

However, the company continues the stress that Tesla cars are not yet fully autonomous, and that drivers need to be licensed and fully aware of their surroundings while the car is in “Autopilot.”

Apparently, one Tesla driver didn’t get the message. In a video posted to Facebook on Sunday, a Tesla driver was caught napping in the drivers' seat as his car made its way through traffic.

The video is just the latest piece of evidence in an ongoing debate among safety officials: Should “Autopilot” features be included in cars if the driver must remain responsible? Some companies, like Google, have promised not to market autonomous vehicles until they can create a car that does not require a driver. It seems they still have a ways to go after one of their autonomous cars caused an accident earlier this year.

However, according to the National Highway Traffic Safety Administration, the Tesla S is one of the safest cars on the road. In fact, the NHTSA has given every Tesla it’s tested a five-star rating in every category. But, the NHTSA ratings are assuming a competent, focused driver.

What do you think? Let us know in the poll below.