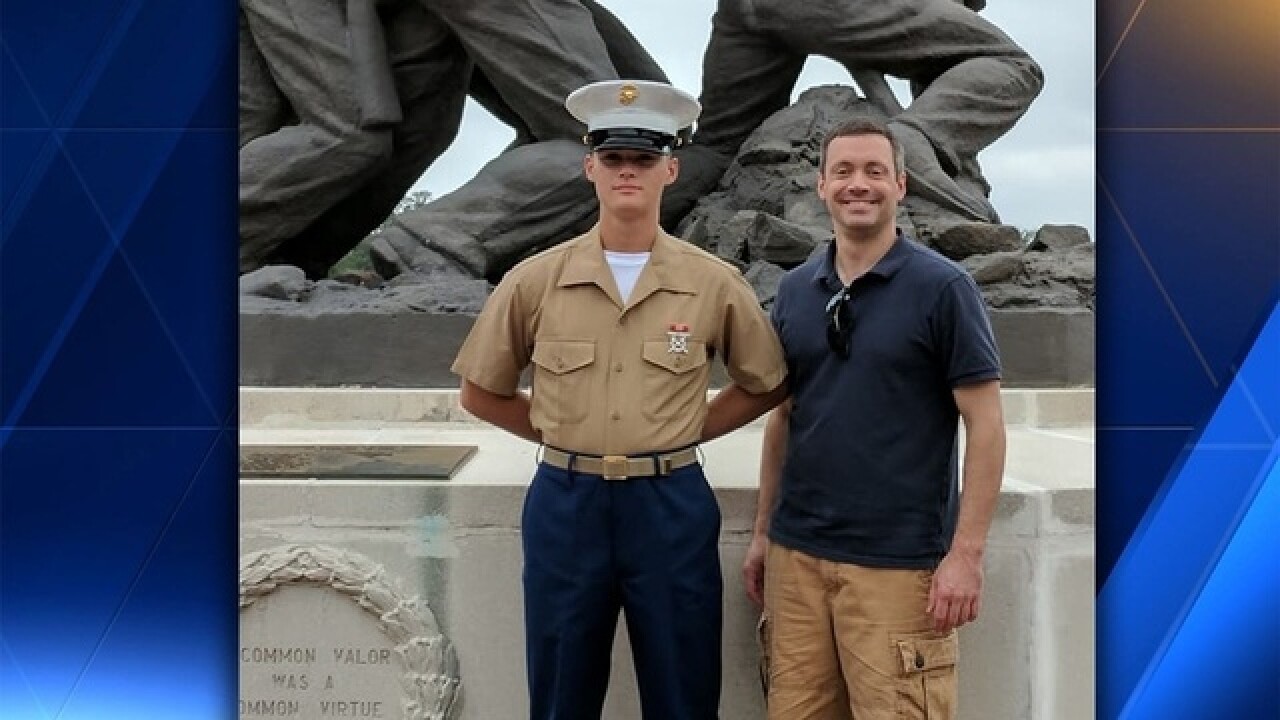 Copyright 2018 Scripps Media, Inc. All rights reserved. This material may not be published, broadcast, rewritten, or redistributed.
WISN, Scott Weberpal 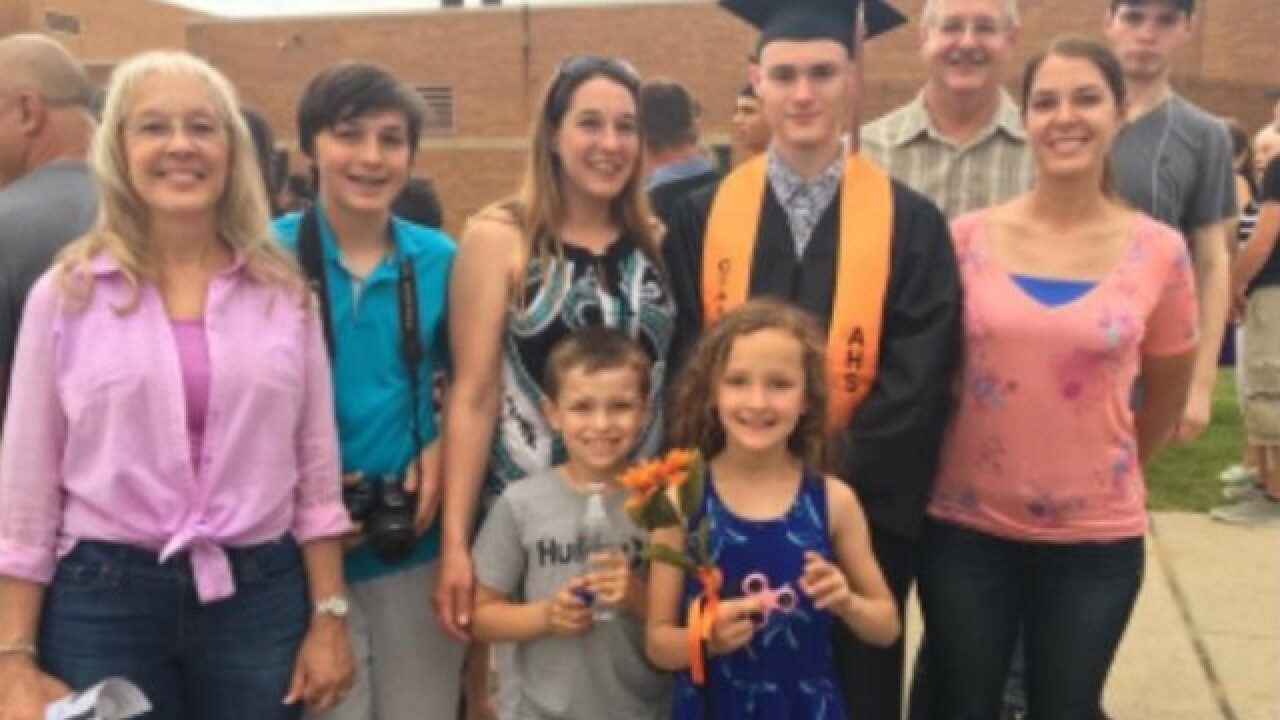 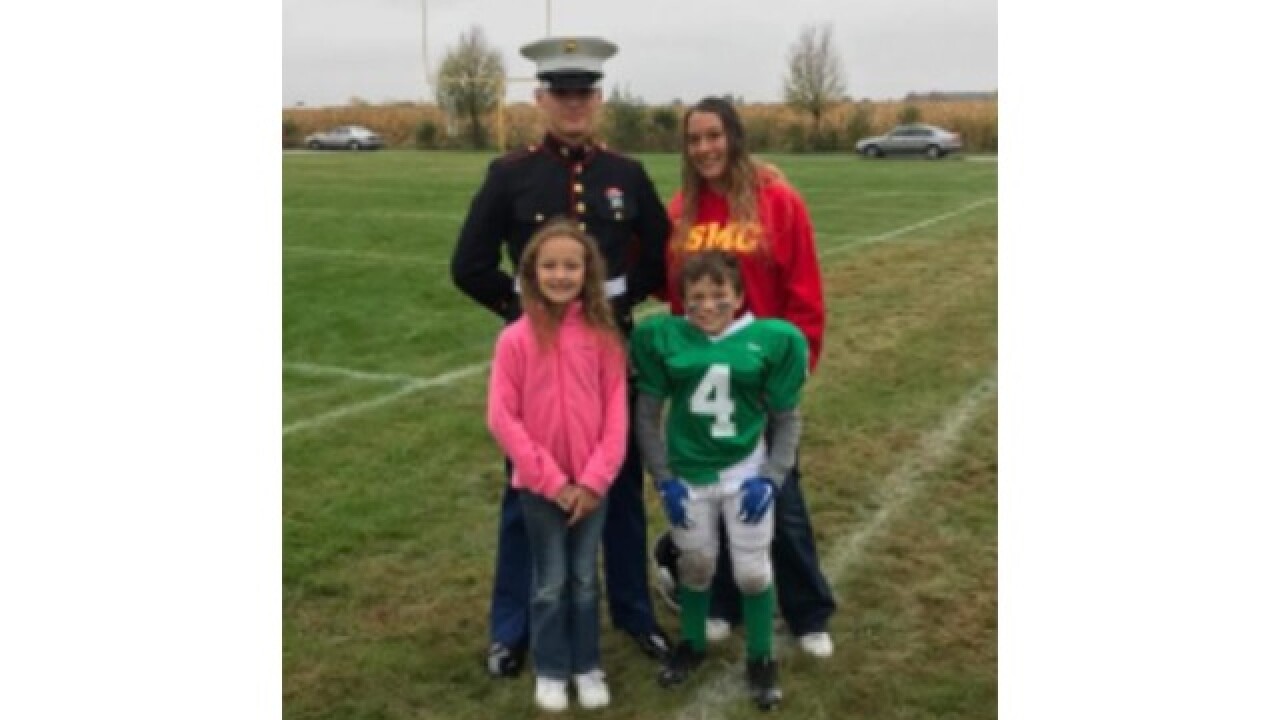 CAMP PENDLETON, Calif. — The U.S. Marine Corps identified Wednesday the Marine stabbed to death on base at Camp Pendleton in California.

Private First Class Ethan Barclay-Weberpal, 18, died after an encounter with a fellow Marine at the School of Infantry West Tuesday morning.

Barclay-Weberpal was from Wisconsin and graduated from high school in May, enlisting in the Marine Corps two months later, WISN reported.

Flint ABC station WJRT is reporting that Barclay-Weberpal graduated from Almont High School in Lapeer County, Michigan in May.

According to WISN, Weberpal's father wrote on Facebook, “It's with excruciating sadness and tears in my eyes that I'm writing this - my only son, my own blood, Marine PFC Ethan Andrew Barclay-Weberpal, was killed yesterday morning at Camp Pendleton, CA.”

Marine Corps officials said Barclay-Weberpal was assigned to Lima Company, Headquarters and Services Battalion. He had been awarded the National Defense Ribbon.

The name of the Marine involved in the encounter was assigned to the same unit. His or her name has not been released.

“As you are now aware, our son, PFC Ethan Barclay-Weberpal was killed during an incident at Camp Pendleton, California on the morning of January 16, 2018. We would first like to say that we appreciate the support shown by family, friends and the U.S. Marine Corps during this difficult time. Thank you to everyone who has reached out to us.

We have gotten many requests from local and national media and are issuing this release as our formal response to those requests. We ask that our privacy is respected while we come to terms with this awful tragedy. We will make ourselves available for comment when we are ready to do so.

Ethan was an amazing young man. He never wavered from his will to serve his country as a U.S. Marine. Regardless of the circumstances, he was always ready to take on the next challenge. Ethan had a loyal and genuine heart. He loved his family and friends dearly, and was a wonderful big brother to his 4 younger siblings. His faith in God made him as spiritually strong as his commitment to the Marines made him physically and mentally strong. He has made us all very proud! He will be dearly missed.”