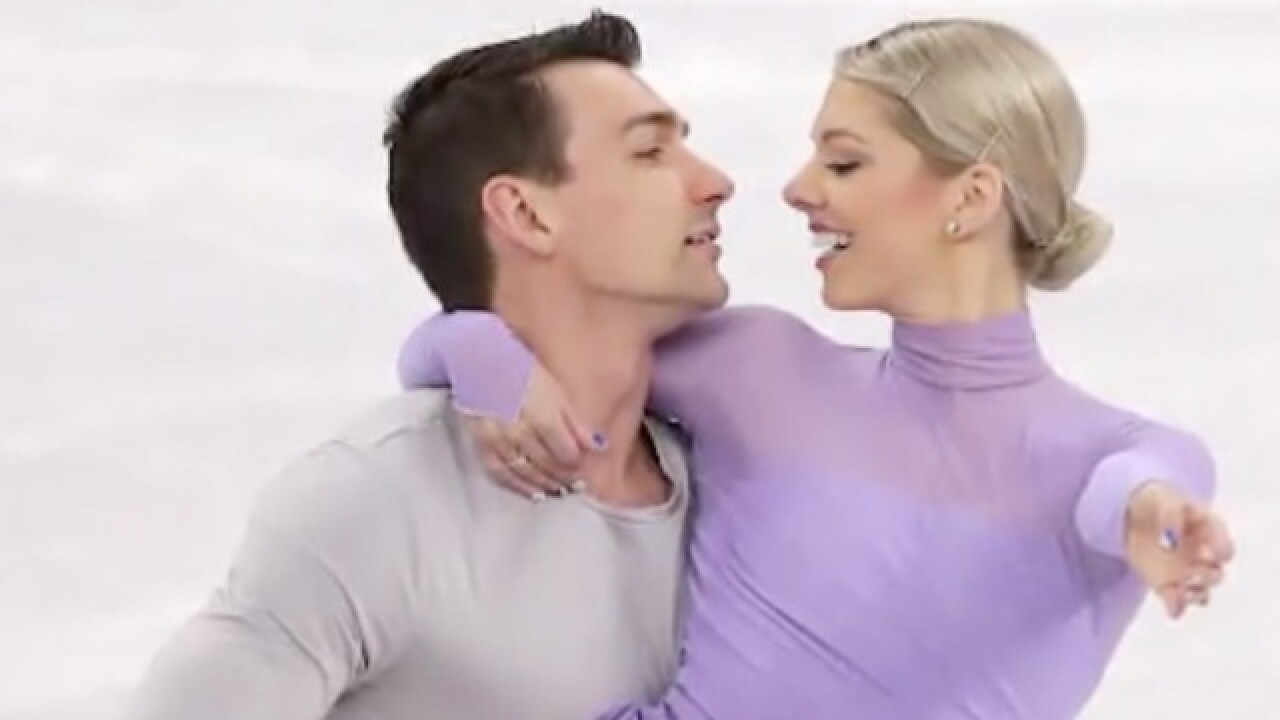 It is a relationship movies are made of. A married couple, madly in love with each other, competing in figure skating together on the most romantic days of the year, Valentine's Day.

For Team USA skaters Chris and Alexa Knierim, they fulfilled this dream at the 2018 Winter Games.

While it was still late on Feb. 13 back in America when the two took the ice, the Knierims took to the ice in the pairs short program early in the afternoon of Feb. 14 in South Korea. The couple scored a 65.55, which did not put them among the leaders, but was enough for them to advance to Thursday's free skate.

They are the first married couple to represent the US in over 20 years.

"That will be really, really special," Alexa Knierim said before the competition. "I think we will be the only married couple in the world to say that they got to skate at the Olympics on Valentine's day."

But their road to the 2018 Games were anything but fairytale like.

Iin 2014, Chris broke his leg and missed a year of competition. Then in 2016, Alexa was diagnosed with a life-threatening gastrointestinal condition. The disease required several surgeries, and caused her to lose a lot of weight. At one point, Alexa weighed just 80 pounds.

But by February 2017, the Knierim were back on the ice, competing at an international level.

"It's been the hardest two years of our lives together," Alexa Knierim said. "Fortunately, we've had each other to lean on. Olympics is so special to us. We've been lacking the joy and happiness in life, and it's so nice to be here at the Games and really feel that."

While the two are in love with each other off the ice, they are strictly business on it.

"I gotta be in professional mode when we're doing the big tricks to make sure I'm not wandering because of her good looks," Chris Knierim said. "But in between is where I can just look at her and skate and, you know, I think people in the audience can see the connection."

Information from CNN was used in this report.