Martina Navratilova: Margaret Court is a 'racist and a homophobe' 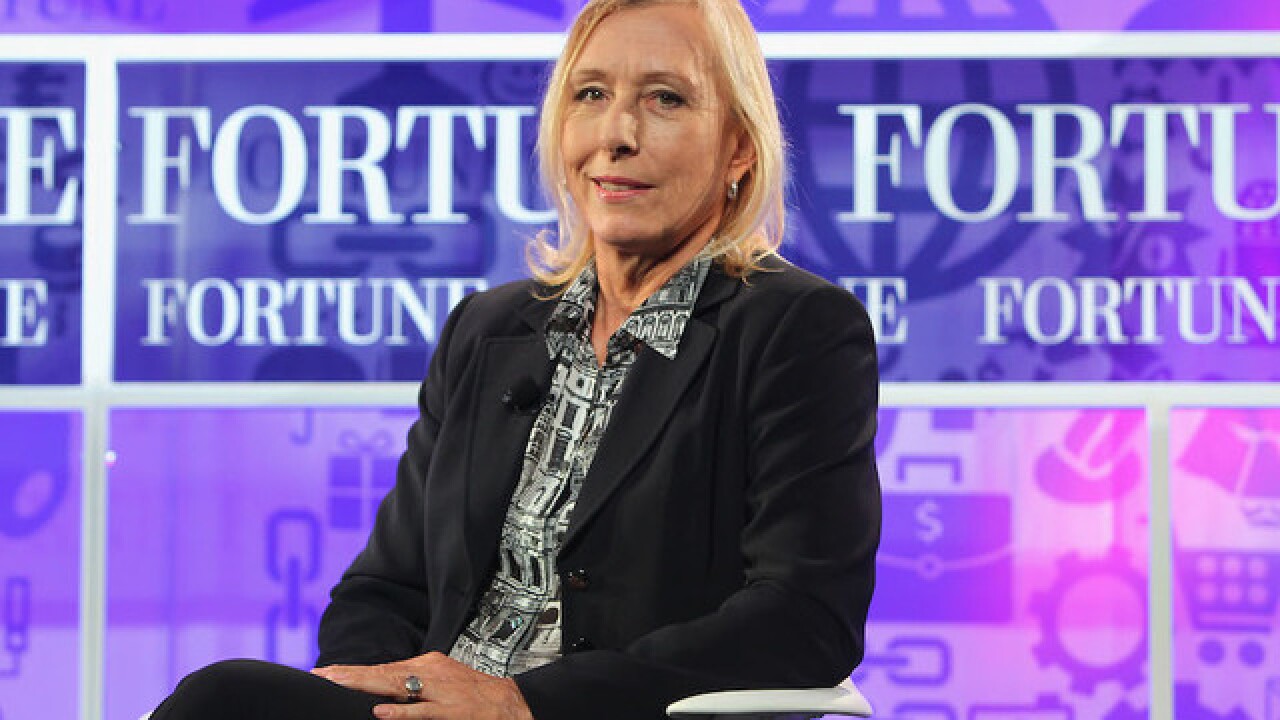 Martina Navratilova has launched a scathing attack on former Australian tennis player Margaret Court by labeling her a "racist and a homophobe."

In an open letter published by Fairfax Media in Australia, Navratilova also urged Tennis Australia to take action by renaming the Margaret Court Arena, one of the arenas used for the Australian Open.

Neither Court nor Tennis Australia were immediately available for comment.

Court, who has won more tennis grand slams than any other player in history with 24, has been heavily criticized since claiming that tennis is "full of lesbians" earlier this week.

"It is now clear exactly who Court is: an amazing tennis player, and a racist and a homophobe," wrote Navratilova, referring to the Australian's views on South Africa's past apartheid policy.

"Her vitriol is not just an opinion. She is actively trying to keep LGBT people from getting equal rights (note to Court: we are human beings, too). She is demonizing trans kids and trans adults everywhere.

"And now, linking LGBT to Nazis, communists, the devil? This is not OK. This is in fact sick and it is dangerous.

"Kids will suffer more because of this continuous bashing and stigmatizing of our LGBT community."

Navratilova, who is openly gay, addressed her letter to "Margaret Court Arena" rather than the former player as she urged the tennis authorities to take action.

Court, who referred to homosexuality as "a lust of the flesh," during an interview with Christian Vision Radio earlier this week, also claimed "everybody knows that it is wrong but they're after our young ones, that's what they are after."

Those comments drew a fierce rebuke from Australian tennis players Sam Stosur and Casey Dellacqua as well as men's No. 1 Andy Murray.

But Navratilova has gone further, accusing Court, a 74-year-old pastor at Perth's Victory Life Church, of "bashing" and "bullying."

"How much blood will be on Margaret's hands because kids will continue to get beaten for being different? This is not OK," Navratilova said.

What did Court say?

Court's remarks came less than a week after she said she would refuse to fly Australia's national airline Qantas because it supported same-sex marriage.

In the interview with Vision Christian Radio, Court also referenced Adolf Hitler and the devil while criticizing homosexuality.

"I mean, tennis is full of lesbians because even when I was playing there was only a couple there but those couple that lead ... took young ones into parties and things," she said.

"And because they liked to be around heroes and what you get at the top is often what you will get right through that sport.

"God's got so much in (the Bible) about the mind, how it affects us, affects our emotions, our feelings, you can think 'Oh I'm a boy' and it'll affect your emotions and feelings, and everything else and so that's all the devil.

Court's comments have caused consternation within the tennis community.

Dellacqua attached a newspaper clipping in 2013 in which Court took aim at her family and spoke of her pain Wednesday in Paris.

"At the time I was really hurt," she told reporters. "I was hurt because I actually know Margaret personally. I used to hit with her back in Perth so I know her.

"But I let it go because it was a very happy time in my life so I kind of just ignored it and thought, 'I'm not going to let anyone ruin my happiness.'

"And I guess more to the point, I'm fine and I'm very conscious of the fact that everyone is allowed their opinion, but when you start singling out my family especially, that's when it's not okay.

Navratilova concluded her open letter by calling for Margaret Court Arena to be renamed and instead use the name of Evonne Goolagong, an Aboriginal tennis player who overcame hate and prejudice to become one of Australia's most successful stars.

She won seven grand slam titles during her career, including four Australian Opens

For Navratilova, Goolagong, a former world No. 1. would be the perfect choice to have her name in lights.

"We celebrate free speech, but that doesn't mean it is free of consequences -- not punishment, but consequences," Navratilova wrote.

"We should not be celebrating this kind of behavior, this kind of philosophy. The platform people like Margaret Court use needs to be made smaller, not bigger.

"Which is why I think it's time to change your name. And I think the Evonne Goolagong Arena has a great ring to it. Now there is a person we can all celebrate. On every level."

Court has accused those objecting to her views as being guilty of bullying.

"[I've got] nothing against homosexuals -- as individuals, they can do what they want to do -- but my belief as a Christian is marriage the Bible way and I think it's sad that these people are using that to try to hit below the belt."