McCain to lie in state in Arizona and D.C. 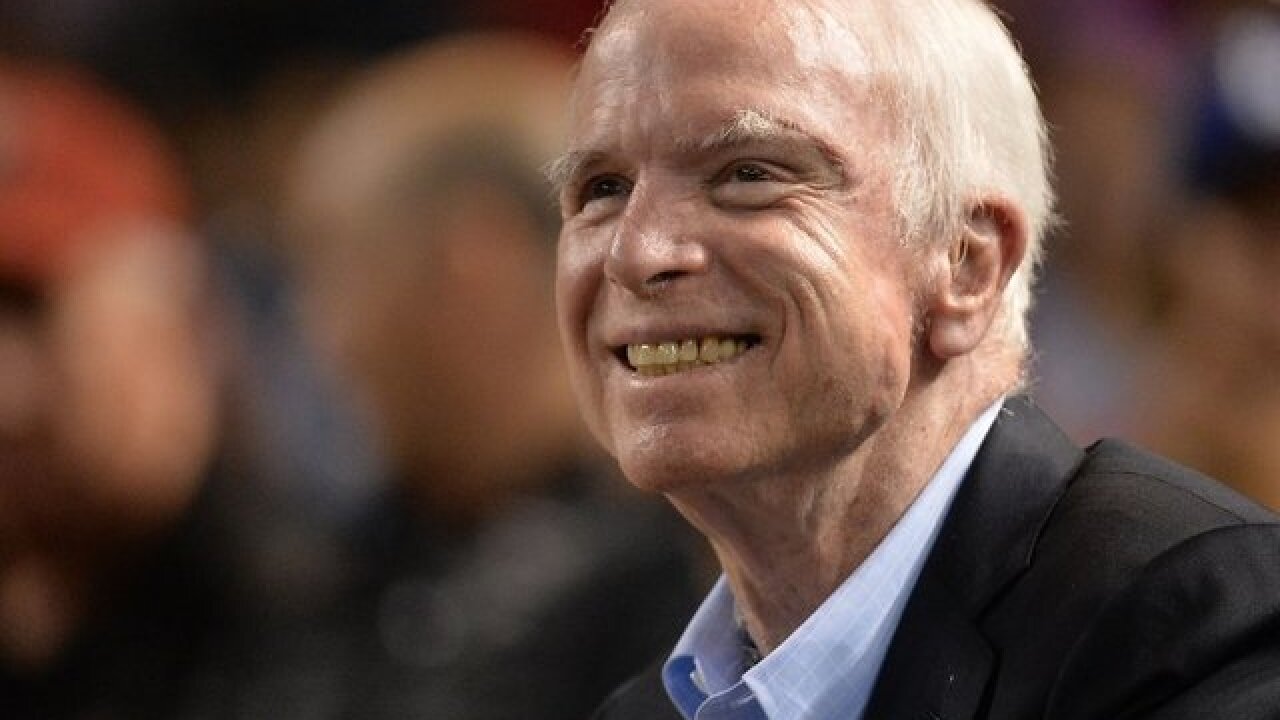 The New York Times reported late Saturday night that Senator John McCain will lie in state at the Arizona Capitol building and then the U.S. Capitol before being buried at Annapolis, Md.

McCain died on Saturday in Arizona after a 13-month battle with brain cancer.

The Times cited Republican sources as McCain's family finalizes plans to honor the senator from Arizona.

McCain will also reportedly have a full dress funeral at the Washington National Cathedral.

The tradition of lying in state would generally include an opportunity for the public to pay their respects.