McRib returning to McDonald's on Dec. 2 and it will be available nationwide 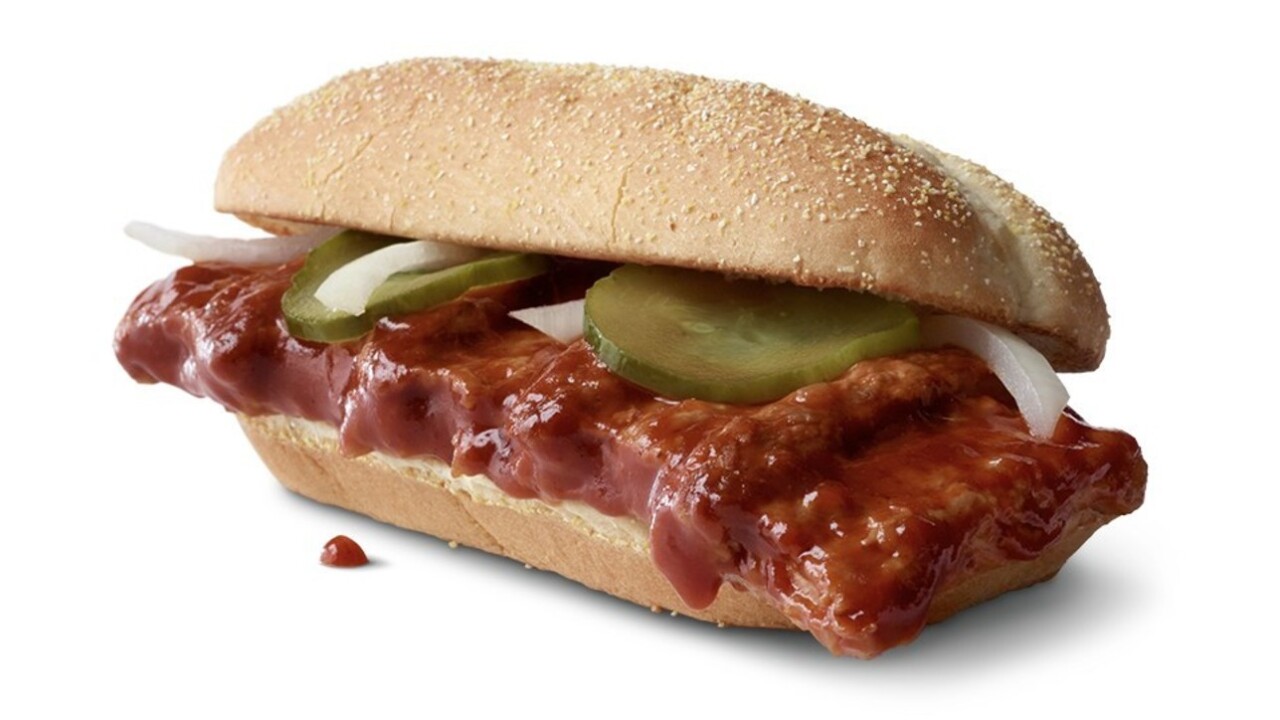 CHICAGO, Ill. – The McRib is coming back to McDonald's on Dec. 2 and it’s returning to restaurants nationwide this year.

The fast-food chain announced the return of its McRib on Friday and said it will be the first time the elusive sandwich will be sold across the country since 2012.

As in years past, the item will only be around in the U.S. for a limited time. However, customers in Germany can enjoy the sandwich year-round.

The McRib made its national debut at McDonald's in 1982. Over the years, it has become a fan favorite.

"The McRib has been a beloved menu item at McDonald's since its inception nearly 40 years ago," said Vice President of Menu Innovation, Linda VanGosen. "There's nothing quite like the taste of the McRib. To our customers, it's become more than a delicious, saucy moment… it's a season, and it's taking the internet by storm. That's why this year, we're proud to serve the McRib nationwide for everyone to enjoy."