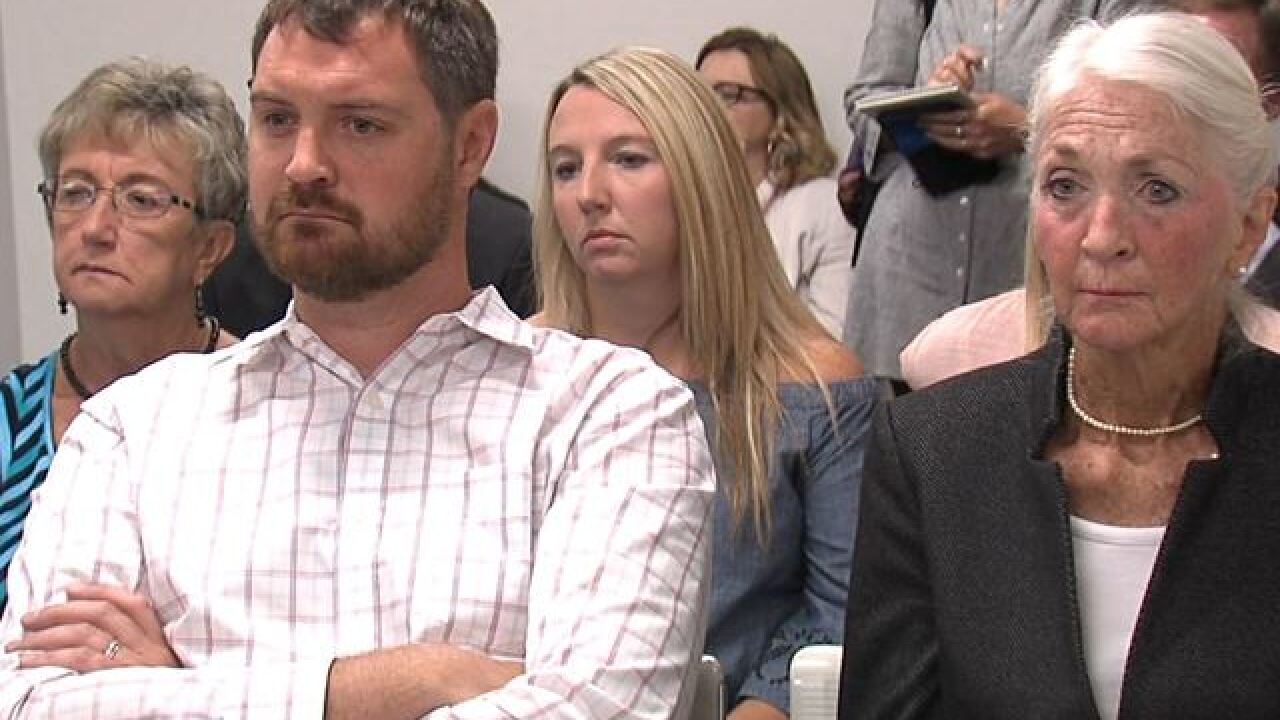 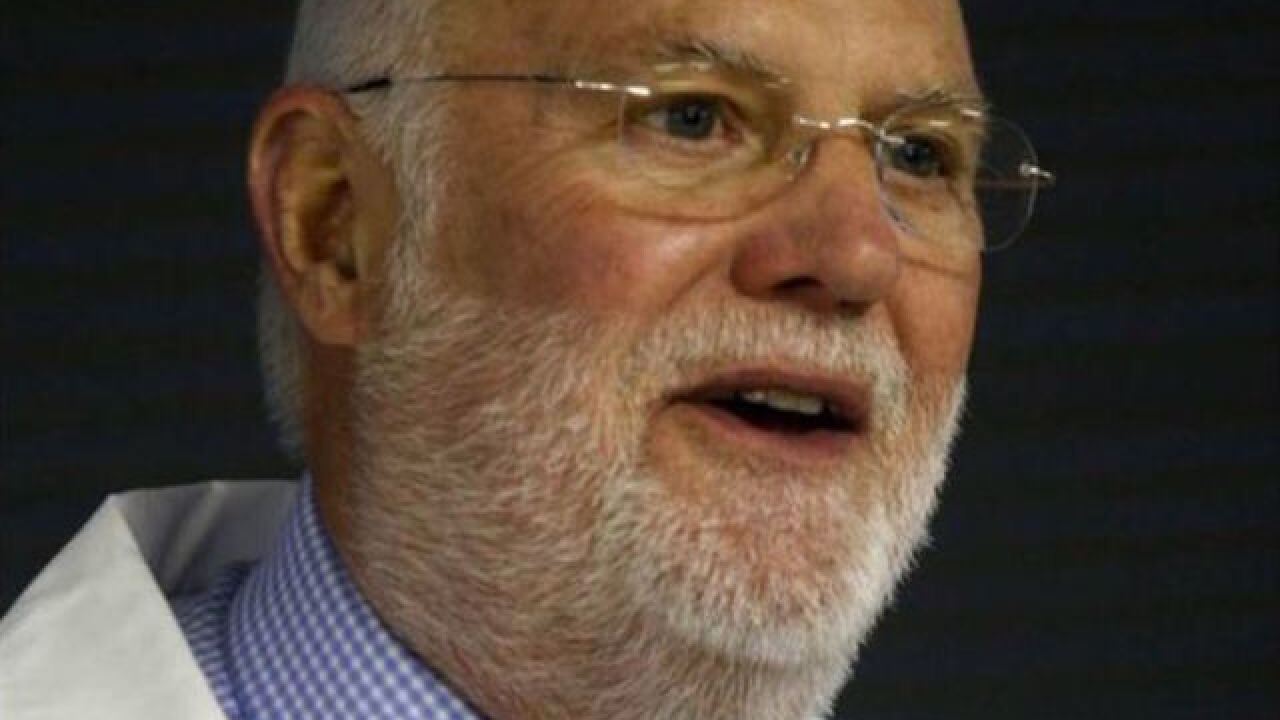 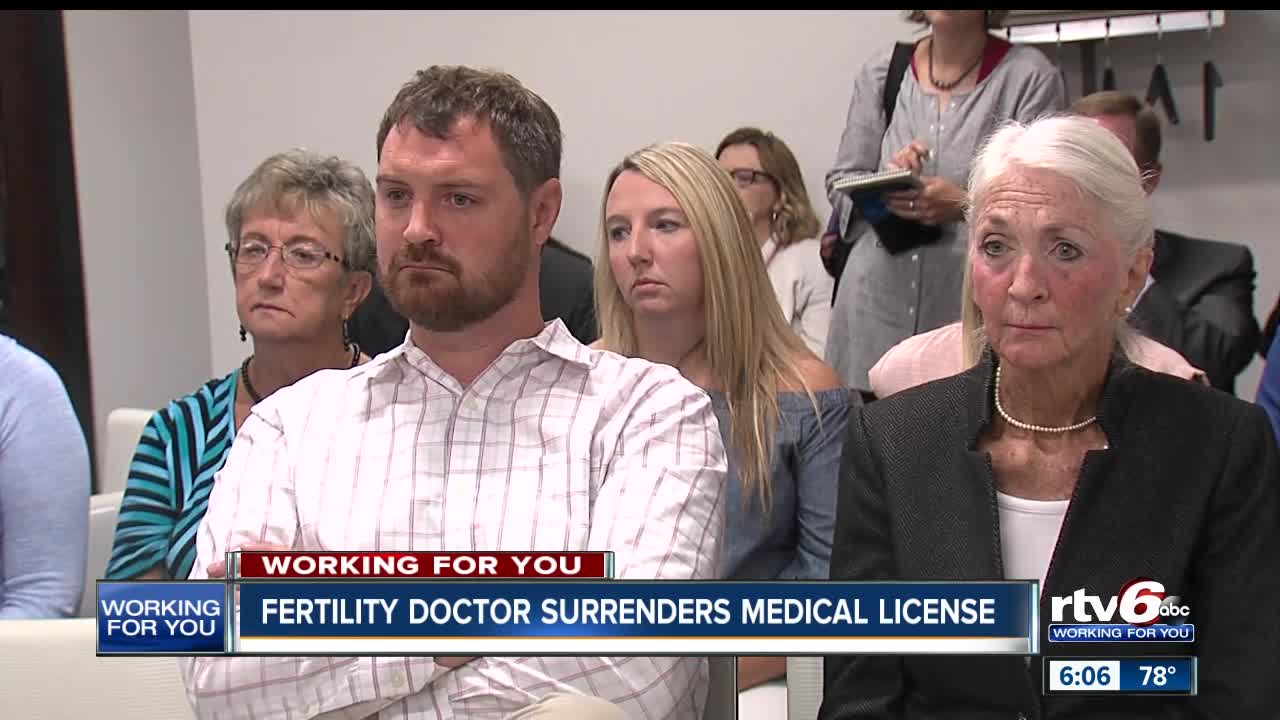 INDIANAPOLIS -- A former fertility doctor has surrendered his medical license after being accused of using his own semen to inseminate patients without their consent, now those affected by his practices are pushing for change.

Cline wasn’t present at the hearing, but several adults who say they’re Cline’s offspring were there to support each other through the process.

Liz White gave birth to her son, Matt, in 1982. It wasn’t until 35 years later that she learned her doctor’s sperm was used in the artificial insemination.

“I trusted him,” White said. “I trusted everything that he told me. I had no reason and could not even conceptualize that this was a possibility.

For her son, Matt, the discovery has been agonizing.

‘It’s consumed me,” Matt White said. “There’s a large part of my life that spends many nights thinking and wondering. He lives down the street from me. I can’t get away from it.”

He and other former patients and children watched as an attorney for Cline says the retired doctor has “no intention” of re-entering the medical field.

Matt White calls the surrender of Cline’s medical license a “slap on the wrist.”

“I think that was a good step but it’s minor in comparison to the number of families that he has affected. We find people across the country, all the time. And these people’s lives are turned upside down,” he said

There is no law in Indiana that prevents a fertility doctor from using his own sperm to impregnate women without their consent, but those former patients are advocating for a change to ensure no other family has to have the same experience again.

The group is pushing for a state law that makes it illegal for doctors like Cline to use their own sperm in fertility treatments without a patient’s consent.

“We hope to establish that not only as an ethical issue but a criminal one,” Matt White said.

Cline did not attend his hearing on Thursday and the Medical Licensing Board voted that he can never request to have his license reinstated in Indiana.