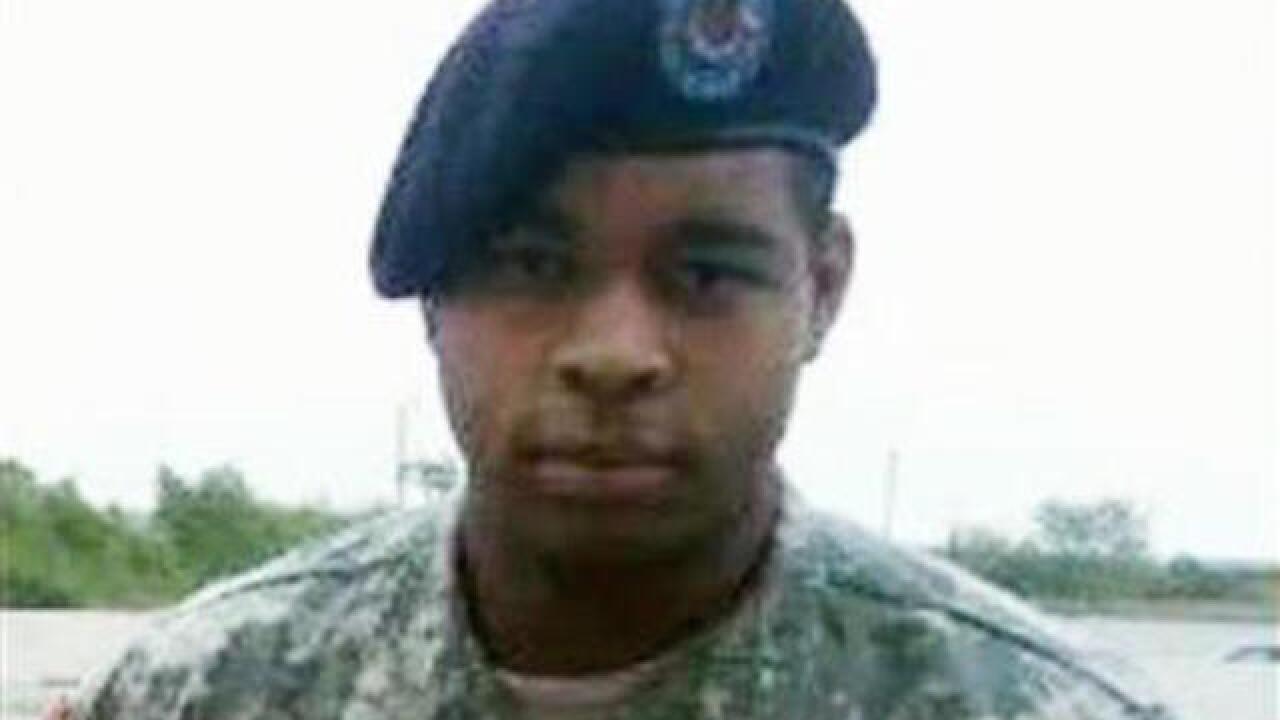 DALLAS (AP) — Almost a week after the Dallas sniper attacks, it's still unclear how the gunman obtained an honorable discharge from the military even though Army officials sent him home from Afghanistan with a recommendation that he be thrown out of the armed forces.

An attorney appointed by the military to represent Micah Johnson in a sexual harassment case speculated last week that Johnson's behavioral record could be more serious. The attorney says he's now under strict orders not to discuss the matter with reporters.

Johnson, 25, served in the Army Reserve for six years before the July 7 sniper attack, which killed five Dallas police officers.

"We are reviewing all of his records," Army spokesman Col. Patrick Seiber said Wednesday. He would not elaborate or discuss any aspect of the review.

An other-than-honorable discharge is not as serious as a dishonorable discharge, the harshest form of dismissal from the military. The lesser punishment may be issued for misconduct, for security reasons or in lieu of trial by court martial. In some cases, it can bar a soldier from re-enlisting or receiving some veterans' benefits.

Army lawyer Bradford Glendening was assigned to represent Johnson following an accusation of sexual harassment against him by a female soldier in his unit, Glendening said. Exactly what Johnson is accused of doing has not been made public.

However, Johnson did not actually leave the service until the following April, according to service records released by the Army that do not classify his discharge.

His attorney later learned that the discharge was honorable.

"I was shocked to see that," he told The Associated Press by phone last week, less than 24 hours after the Dallas shooting. He said he never received final documentation on how Johnson's case was resolved.

"Somebody really screwed up but to my client's benefit," he said.

Since then, Glendening has declined to comment saying, "I'm under direct orders not to divulge anything further and am subject to military prosecution if I do."

Other members of Johnson's Army Reserve unit have suggested they are under similar gag orders as active-duty personnel.

The Army would not comment on those reports. Instead, it said all questions about Johnson's military service should be referred to the Army's public affairs office at the Pentagon.

Johnson entered the Army Reserve in March 2009 at age 18, after graduating from high school in the Dallas suburb of Mesquite. He was a carpentry and masonry specialist assigned to an engineer brigade based in Seagoville, south of Mesquite.

He deployed to Afghanistan in November 2013 as part of the 420th Engineer Brigade. He was accused of sexual harassment the following May.

Sending a soldier home from Afghanistan and then starting the process of removing him from the Army was "highly unusual" if it was based solely on a single sexual harassment complaint, Glendening said last week.

He said: "99 percent of the time, you counsel the soldier. You say, 'Don't let it happen again."

The attorney suggested that Johnson may have had other problems in his unit.

"It was not just the act itself," Glendening said. "I'm sure that this guy was the black sheep of his unit. Every unit's got one."

The accuser in the sexual harassment complaint has declined repeated requests for an interview with the AP. In a 2014 statement, she said she wanted Johnson "to receive mental help." She also sought a protective order against him "pertaining to myself, my family, my home."

Glendening said Johnson was subsequently ordered by the Army to stay away from his accuser. It's unclear whether he got mental counseling.

The Army last week released a brief summary of Johnson's record, detailing his dates of service, his deployment to Afghanistan and his awards.