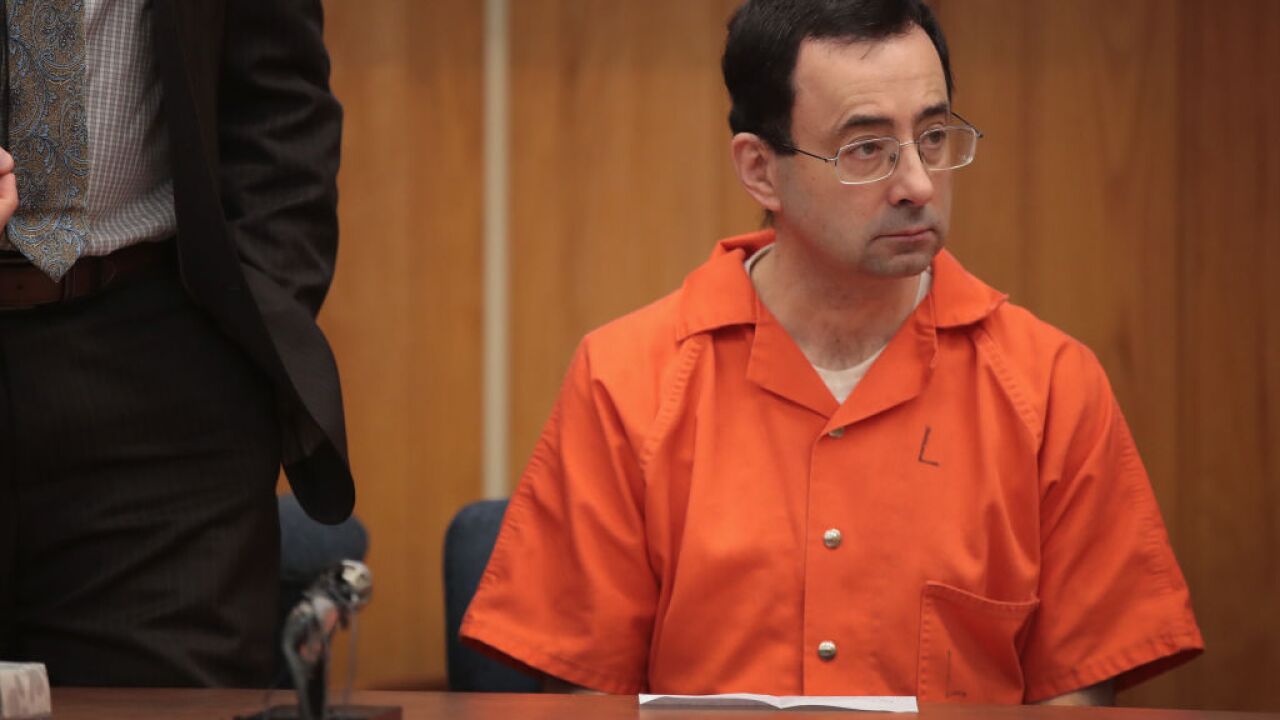 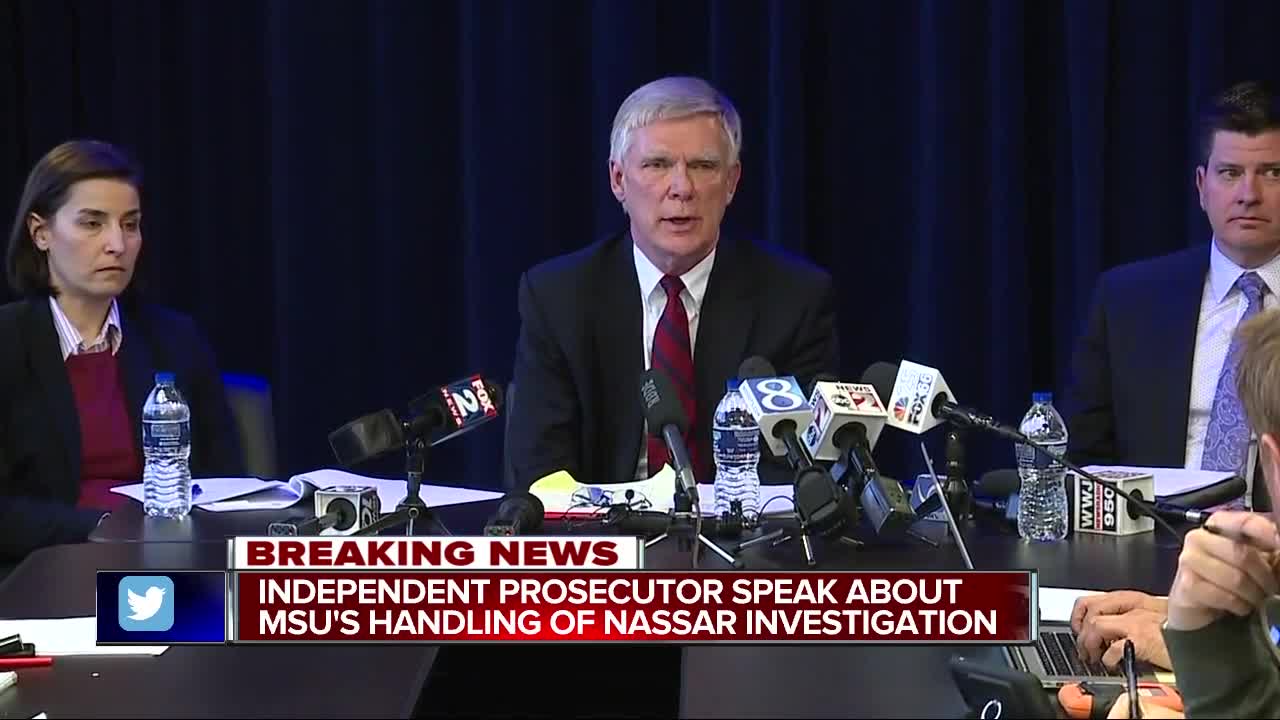 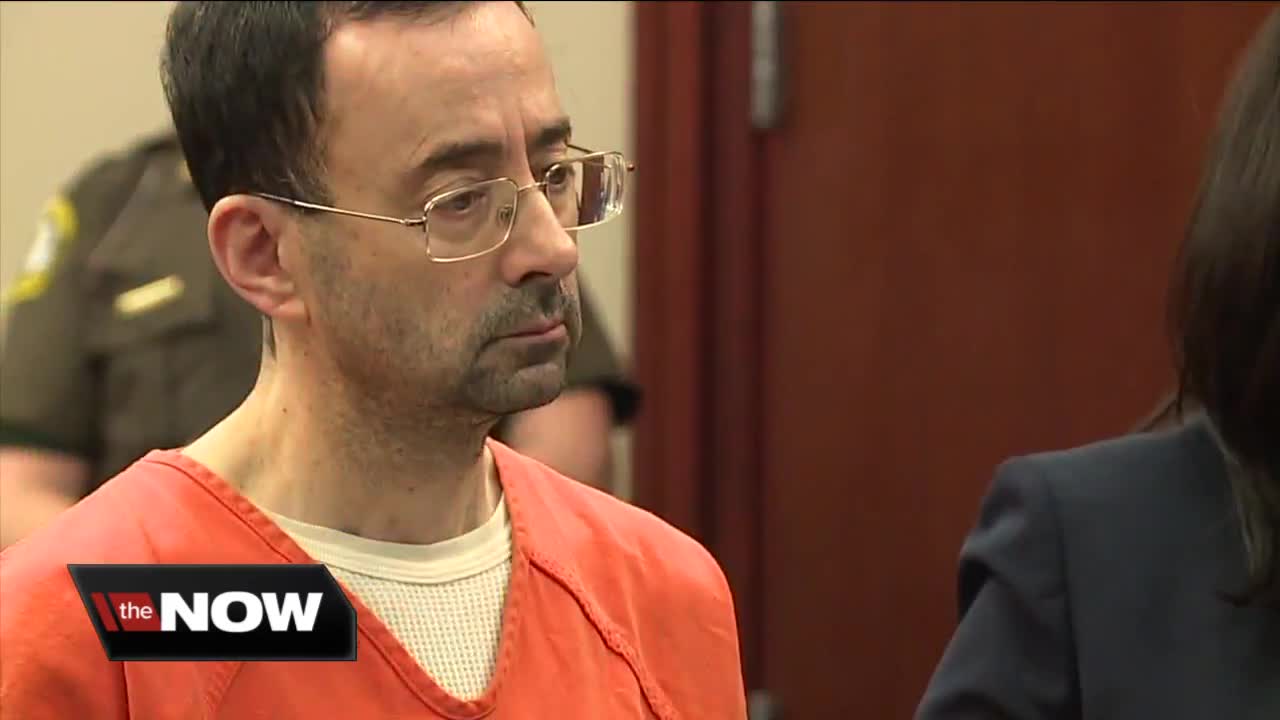 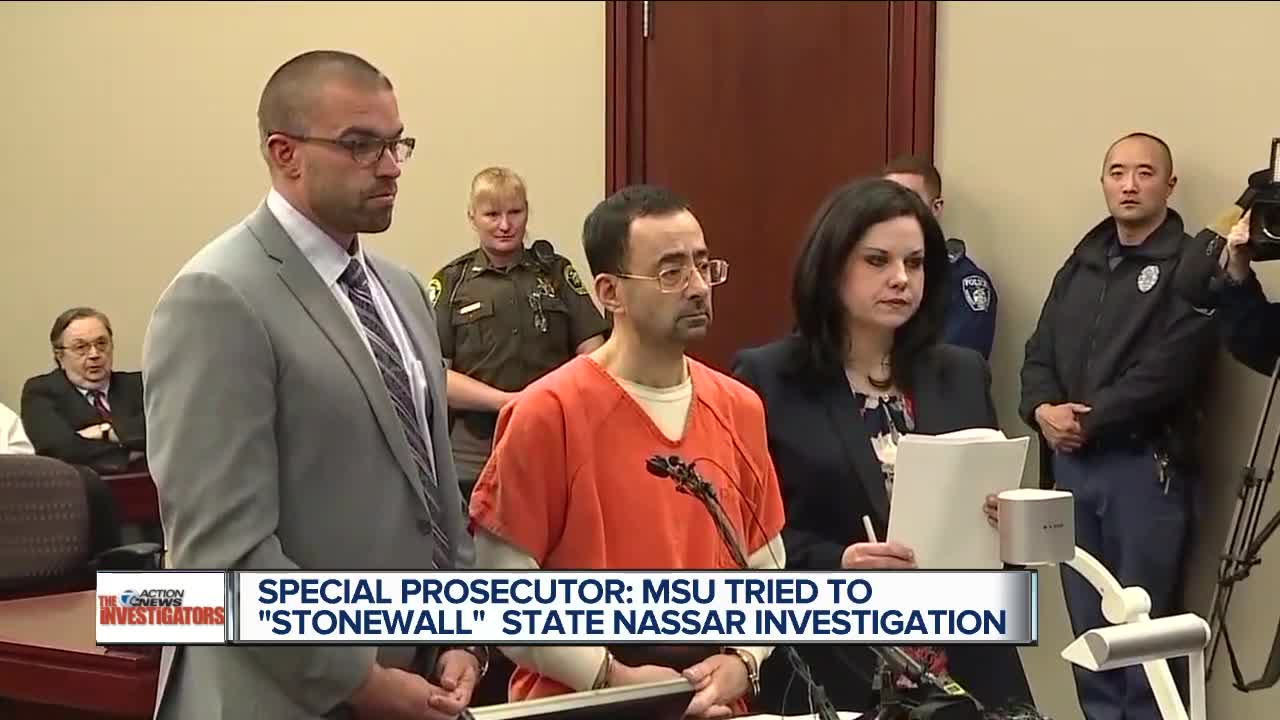 Michigan State University tried to "stonewall" the state investigation into the handling of the Larry Nassar scandal to protect its reputation, according to the report by Michigan special prosecutor Bill Forsyth.

According to Forsyth, the university hired a private law firm to investigate the case. As a result, MSU has not waived attorney-client privilege over the Nassar case, hindering the prosecutor's access to in-depth information about the scandal.

"They vowed they'd cooperate with us during the course of the investigation. But the big bone of contention was their invocation of attorney-client privilege, which is perfectly legitimate. There's nothing illegal nothing improper about it," said Forsyth. "But if they were going to ask us to finally look at what happened here, I don't know how you ever get to the bottom of this if they don't get around to waiving this privilege."

"So I actually asked the attorney to waive the privilege on behalf of the university to give us access to the documents they have been withholding and redacting, and they said no."

While not final, the status update offers a look at what went wrong at MSU with the findings being what happened at MSU was a failure of people, not policy. The status update and the investigations scope was limited to what was done or not done at MSU specifically related to Larry Nassar.

Michigan State University sent out this response to the special prosecutor's update:

"We are extraordinarily sorry that Larry Nassar was on our campus and has hurt so many people. The university is engaged in – and investing in – an intense reform and cultural change effort to ensure that Michigan State University is a safe campus for students, faculty, staff and our community. Today’s announcement shows that the attorney general’s office has found no criminal conduct beyond those formerly charged, even after reviewing more than a half million documents and interviewing 500 people. We appreciate the attorney general’s investigation and the hard work of the many people involved."

"I commend special investigator William Forsythe and the dedicated members of the Attorney General's office and the Michigan State Police who worked long and hard on this investigation. The findings in this report are deeply, deeply disturbing and the stories of the survivors are heartbreaking — but the callous disregard Michigan State University continued to show the victims and this special investigator absolutely infuriates me. The culture of indifference the University has displayed throughout this investigation is a pervasive poison that appears to have seeped into every corner of that campus. No institution — including that of Michigan State University — is above the law. I am committed to using my role as Michigan's Attorney General to do whatever we must to bring justice and honor to the survivors, which includes continuing any aspects of the investigation which require further action."

Watch the update on the investigation below: