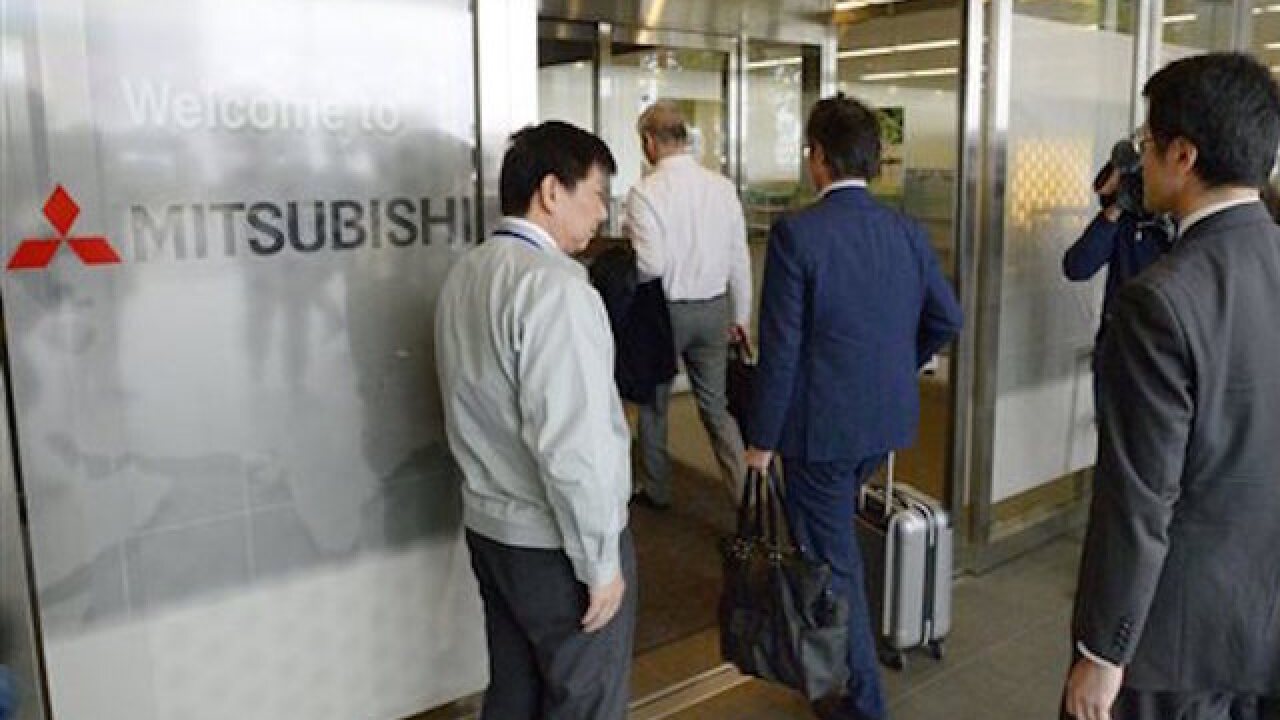 TOKYO (AP) — Mitsubishi Motors Corp. President Testuro Aikawa said Wednesday that he will step down to take responsibility for the mileage cheating scandal unfolding at the Japanese automaker.

Aikawa has denied personal involvement in wrongdoing, but it is common for executives at major Japanese companies to resign to show remorse. His resignation is expected to become final on June 24, upon shareholders' approval. A successor was not announced.

But under a deal with Nissan Motor Co., which is acquiring a 34 percent stake in Mitsubishi, Nissan has been promised a major role in leading Mitsubishi.

Mitsubishi reiterated as part of its latest findings that top management had not ordered the mileage scam, but employees had been under tremendous pressure to get better mileage.

Mitsubishi also said it did not carefully inspect much of the mileage-testing work that was assigned to a subsidiary.

Aikawa appeared with Mitsubishi Chairman Osamu Masuko, who helped engineer a deal with Japanese rival Nissan Motor Co., to take the top stake in Mitsubishi for 237 billion yen ($2.2 billion). Mitsubishi stock had plunged more than 30 percent after the scandal.

Nissan found the faked mileage tests because of a discrepancy with its own tests on Mitsubishi-manufactured minicar models with tiny engines that had been sold under the Nissan brand.

Mitsubishi says rigging goes back 25 years, and may involve all models sold in Japan, including discontinued ones. It has denied any falsified data for overseas models.

Suzuki's dubious tests did not affect models sold abroad. The government had instructed all automakers to check on mileage tests after the Mitsubishi scandal surfaced.

Suzuki shares fell in Tokyo trading Wednesday on Japanese media reports the company might have cheated on mileage, but recovered to close down 9 percent.