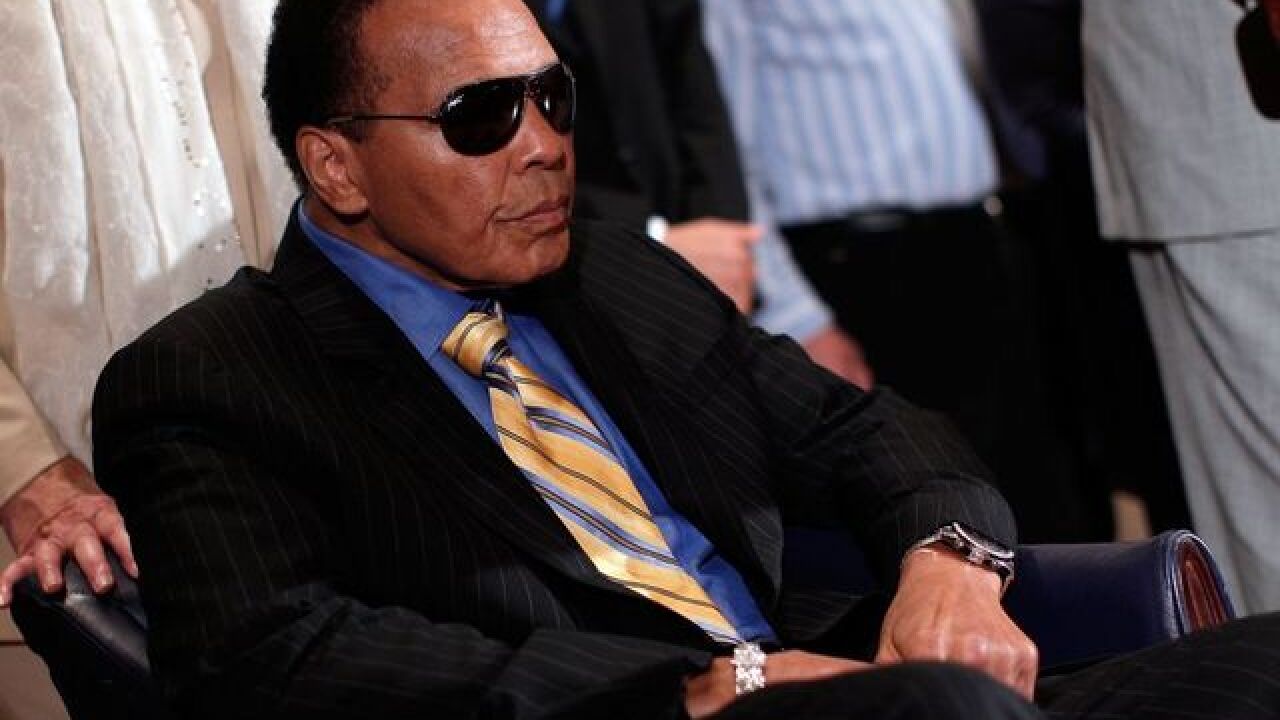 While Muhammad Ali was gravely ill and battling for his life in a Phoenix-area hospital, the Miami Marlins of MLB announced the death of boxing great on its giant scoreboard Friday night.

The announcement came hours before the official announcement by an Ali spokesperson on the passing of the boxing great. He was 74 years old.

Ali was taken to the hospital on Tuesday with respiratory issues. He remains there as family has gathered in Phoenix. Multiple media outlets reported Friday evening that Ali's condition has worsened, and his passing could happen at any time.

A team spokesperson told multiple media outlets late Friday that it stood by the announcement.

Ali helped christen Marlins Park when the facility opened in 2012. Some speculated that Ali's family tipped the baseball organization off before announcing Ali's death to the rest of the world, some three hours later.

The moment was captured on social media by a number of Marlins fans.

Just announced at the Marlins game the goat has passed ? Muhammad Ali pic.twitter.com/tXnTJaXTIJ

Marlins announce Muhammad Ali is dead. No media outlets reporting this. A closer look at image shown to fans: pic.twitter.com/XzwZtiudzD