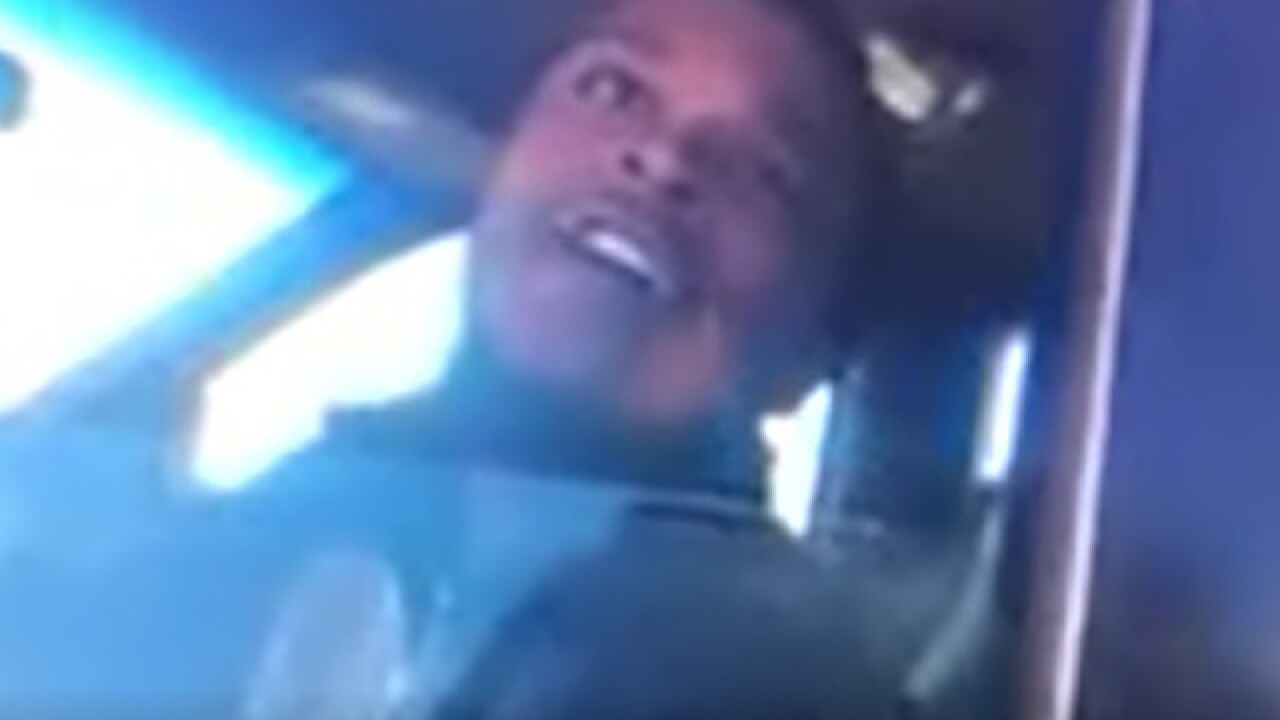 DENVER -- A police body camera video leaked to Scripps station KMGH in Denver shows the son of Denver Mayor Michael Hancock using a slur against an Aurora police officer during a traffic stop.

“My dad’s the mayor, you f---ing f--got,” Jordan Hancock is shown saying in the video clip.

“Of Denver? Well you’re in Aurora,” the officer responds.

“Guess what, I’m about to get you fired you f---ing b---h,” Hancock is heard saying later.

The video clip sent to KMGH by an anonymous source is only about 20 seconds long and ends with 22-year-old Hancock driving away. KMGH requested the full video from Aurora police but the request was declined.

KMGH has learned that after requesting a copy of Jordan Hancock’s ticket and the body camera video, the Aurora Police Department alerted the office of Denver’s mayor. APD said it notified Mayor Hancock's office as a “courtesy.”

A traffic ticket issued to Jordan Hancock says he was driving 65 miles an hour in a 40 miles per hour zone. In the ticket, the officer wrote, “Attitude very poor-see video.”

The ticket was issued by an Aurora police officer on Friday, March 23, 2018 near the intersection of East 40th Avenue and North Walden Street shortly before 8 a.m.

Jordan Hancock made a mandatory court appearance Monday morning and agreed to pay a $250 fine. When asked by the judge why he was driving so fast, Hancock explained he was running late.

After the court appearance, KMGH asked Jordan Hancock to explain what happened during the 20-second video clip. KMGH asked Hancock about his choice of language, his decision to say he was the mayor's son, and his threat to get the officer fired. Hancock did not respond to any of the questions.

Mayor Hancock declined requests for an interview to discuss the video, but his office did send a written statement:

“We addressed this matter with Jordan and he has apologized to the Officer. While we do not support nor condone his inexcusable actions and words during this traffic stop, we love our son dearly and support him.”

Aurora Police Chief Nick Metz also declined to comment on the video. Instead, his department released this statement:

“The Aurora Police Department was made aware of an unauthorized release of a body camera video to a local media outlet that captures one of our officers interacting with a motorist on a traffic stop.  Upon reviewing the footage at an administrative level, the officer was in compliance with Department policies throughout the encounter. Currently, the matter is pending before the City’s municipal court. Therefore, the Department cannot comment further on the details of the incident.

“However, it is of great concern to the Aurora Police Department that the video was released without departmental authorization, especially while the matter is pending prosecution.  We will be conducting an internal investigation into this matter to determine the circumstances under which this video was released.  Any member who is found to have violated departmental policies and procedures will be held accountable.”