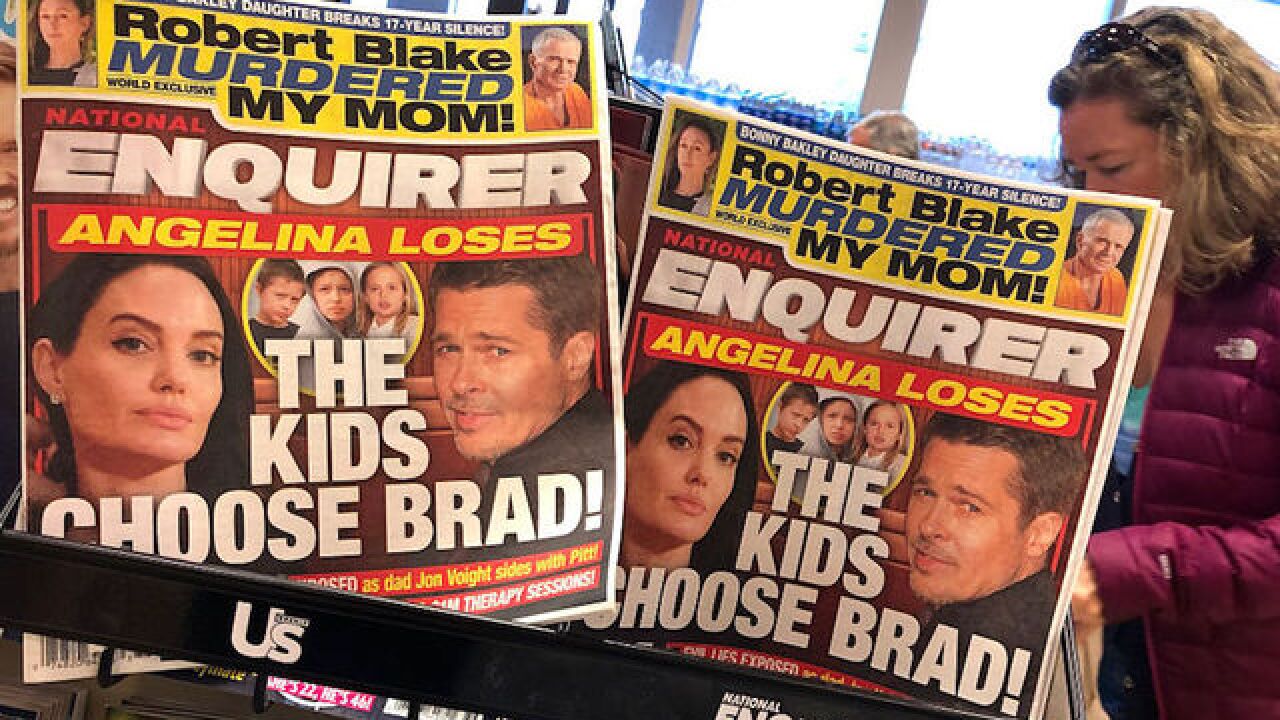 As part of the agreement, AMI admitted to making a payment of $150,000 in cooperation with members of Trump's presidential campaign in order to prevent former Playboy model Karen McDougal's claims of an affair with Trump from being made public during the 2016 race.

AMI chairman David Pecker is a longtime friend of Trump's, and the Enquirer was one of Trump's most reliable and enthusiastic media boosters during the campaign.

Pecker met with Cohen "and at least one other member of the campaign" in August of 2015, according to the non-prosecution agreement, which was struck with prosecutors from the office of the U.S. Attorney for the Southern District of New York.

"At the meeting, Pecker offered to help deal with negative stories about that presidential candidate's relationships with women by, among other things, assisting the campaign in identifying such stories so they could be purchased and their publication avoided," the agreement read. "Pecker agreed to keep Cohen apprised of any such negative stories."

Details of the payment to McDougal emerged in 2016, mere days before the election, when the Wall Street Journal reported about her agreement with the Enquirer. At the time, AMI insisted that it "has not paid people to kill damaging stories about Mr. Trump." The reported agreement drew wider attention earlier this year following a story published by The New Yorker, which shed light on the tabloid practice of "catch and kill," wherein a publication purchases a story purely so it won't run. McDougal signed a contract worth $150,000, granting AMI "exclusive ownership of her account of any romantic, personal, or physical relationship she has ever had with any 'then-married man,'" the New Yorker reported.

The news of the non-prosecution agreement comes the same day that Cohen was sentenced to three years in prison for his role in the matter.

In a statement, the SDNY said, "Assuming AMI's continued compliance with the agreement, the Office has agreed not to prosecute AMI for its role in that payment."