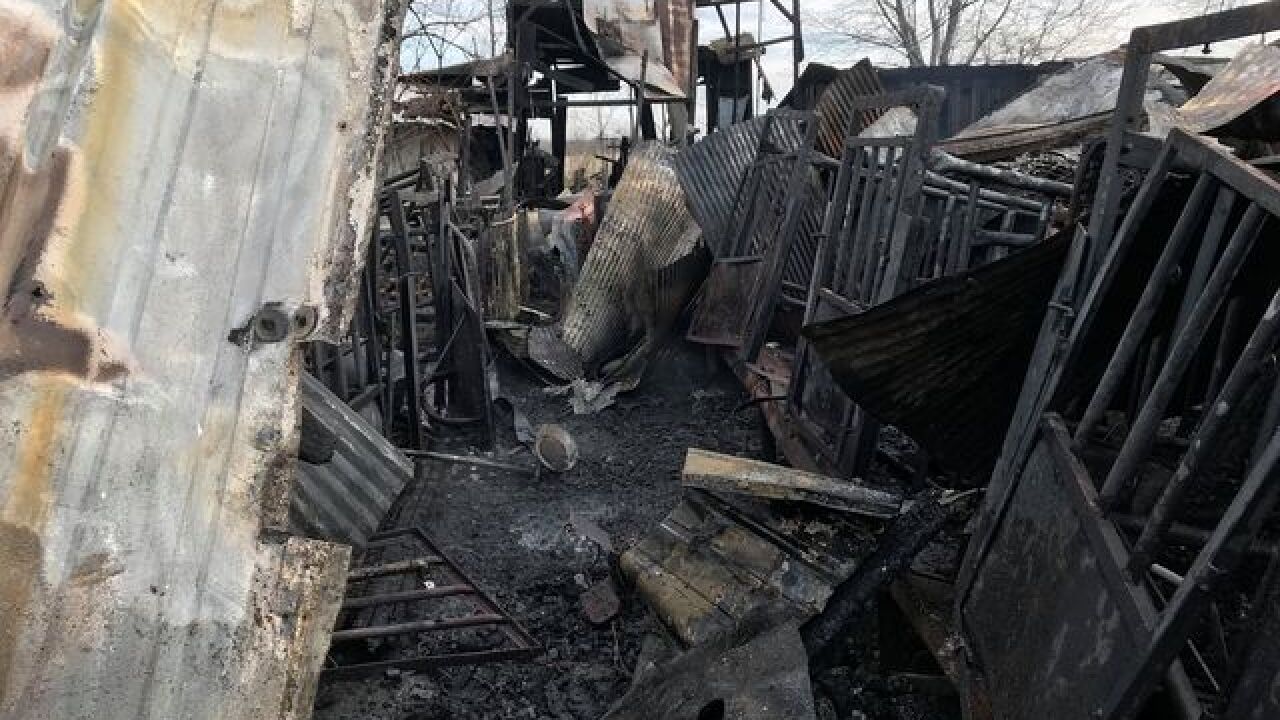 The fire broke out in the Amity, Indiana area of Johnson County between Franklin and Edinburgh just before 6 a.m.

The Amity Fire Department Chief Jackie Brockman said several structures were already up in flames when crews arrived on the scene. He said 11 pigs were lost in the fire.

The property owner said the fire took out five of his barns and three storage wells as well as their farrowing house. The pigs were being raised by the owner's 9-year-old and 13-year-old sons.

Firefighters were able to contain the fire so it did not spread to a nearby barn where the family housed several other pigs and those pigs are safe.

The cause of the fire remains under investigation but Chief Brockman says they believe it was accidental.