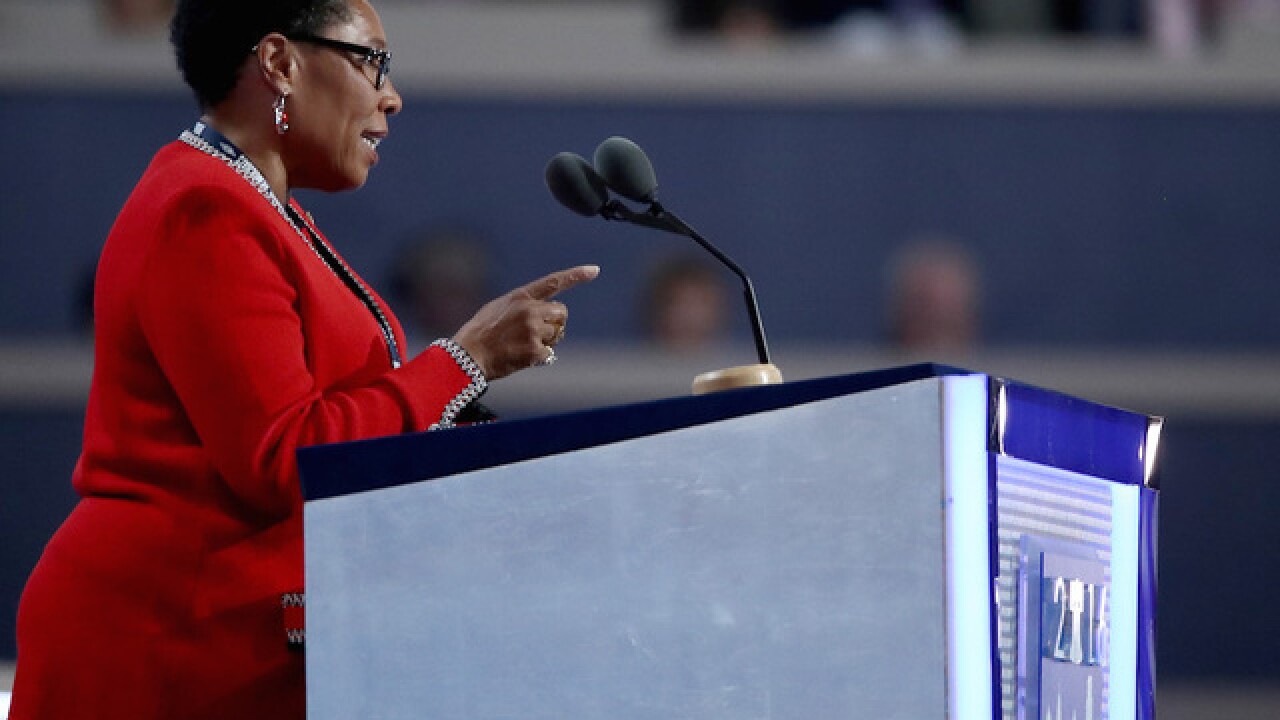 Jessica Kourkounis
<p>U.S. Rep Marcia Fudge (D-OH) speaks during the opening of the first day of the Democratic National Convention at the Wells Fargo Center, July 25, 2016 in Philadelphia, Pennsylvania.</p>

"We are all Democrats and we need to act like it."

That's what Rep. Marcia Fudge (D-Ohio) told a room of excited delegates in her remarks at the opening of the 2016 Democratic National Convention on Monday.

Fudge took the mantle as chairwoman of the DNC on Monday after news that Rep. Debbie Wasserman Schultz (D-Fla.) was resigning from the post broke on Sunday. Wasserman Schultz's ouster came after a series of hacked emails were released that showed that Democratic party officials may have favored Hillary Clinton over Sen. Bernie Sanders during the 2016 primary election.

As Fudge addressed the crowd at the Wells Fargo Center, a group of disgruntled delegates to her right began booing, presumably because they were upset over the party's treatment of Sanders.

Fudge also said, "[Voters] have a profound choice this November."