New plan for Iran calls for changed security structure, beyond its nuclear program 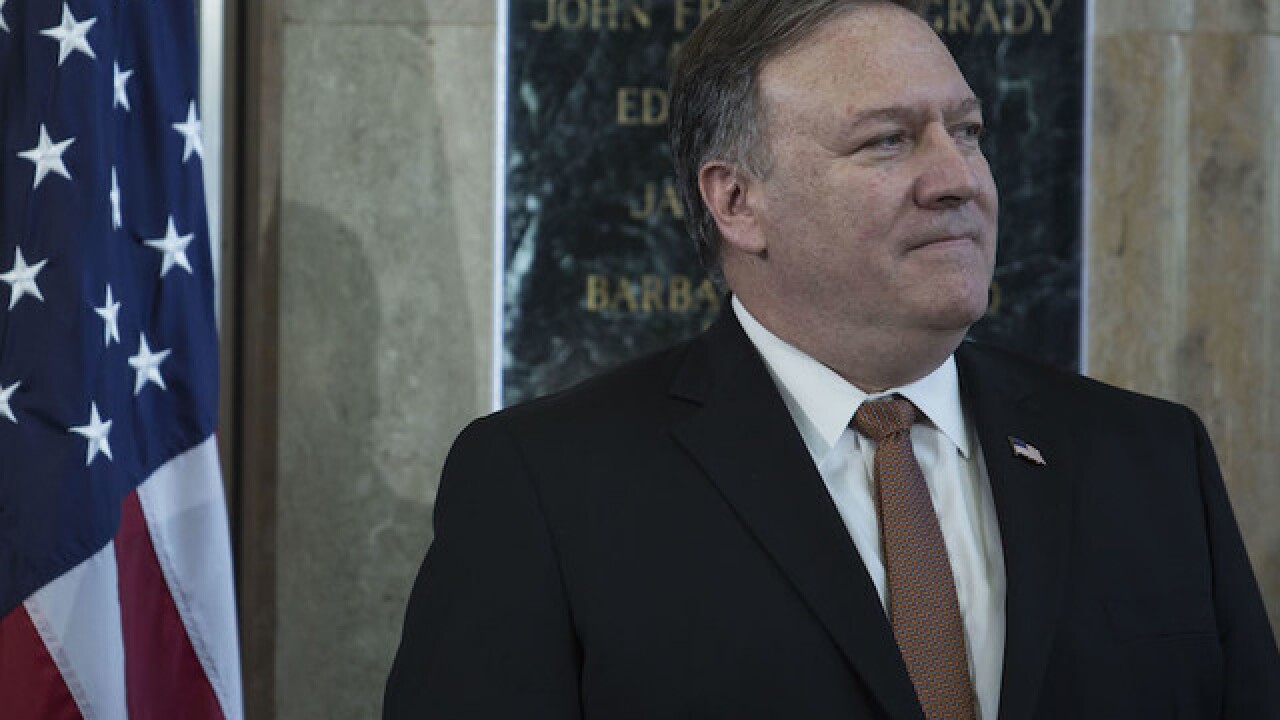 Secretary of State Mike Pompeo will unveil the administration's "Plan B" for countering Iran on Monday, an idea that some critics call a "pipe dream," while others question whether the administration is coming clean on its goals for the country.

The plan, administration officials say, is to assemble a global coalition to pressure Iran into negotiations on "a new security architecture" that goes beyond its nuclear program. Pompeo's address, his first major foreign policy speech as secretary, will take place at 9 a.m., ET, at the conservative Heritage Foundation policy group.

"We need a new framework that's going to address the totality of Iran's threats," Brian Hook, the State Department's director of policy planning told reporters Friday. "This involves a range of things around its nuclear program - missiles, proliferating missiles and missile technology, its support for terrorists, and its aggressive and violent activities that fuel civil wars in Syria and Yemen."

But many former officials, foreign diplomats and analysts are skeptical, both of the chances a broader pact can come together, and of the administration's interest in diplomacy with Iran.

"A bigger, better deal is a pipe dream," said Robert Einhorn, a former State Department official and non-proliferation expert who is now a senior fellow at the Brookings Institution. Speaking at a Brookings event on Iran, Einhorn argued that, "the real objective is not really a bigger, better, deal, the real objective is to put immense pressure on Iran" to weaken the regime.

Einhorn added that, "the not so hidden objective of certain members of the administration is regime change."

US officials say the White House will aim to roll back Iran's influence in the region through this new maximum pressure campaign. But people close to the administration say the end goal of the new plan seems to vary depending on who is doing the talking.

Officials such as national security adviser John Bolton would be happy to see a pressure campaign end in regime change, while Pompeo belongs to a camp that has felt it might be too soon for that, said a source familiar with the secretary's thinking. What they hope for, this person and others said, is that a pressure campaign could force Iran to pull back from regional activities in Syria, Yemen and elsewhere, to focus on domestic stability.

Pompeo will flesh out the administration's vision for Iran almost two weeks after President Donald Trump pulled the US out of the Joint Comprehensive Plan of Agreement, as the deal is formally known, re-imposed sanctions that had been lifted under the pact, and announced new ones against Iran's Central Bank.

Hook, in previewing Pompeo's speech, emphasized the role those sanctions will play in pushing Iran back to the table.

But the decision to pull out of the deal, along with the Trump administration's approach to Europe, means sanctions might not be as effective this time, making it all the harder to realize the goal of a broader deal, many analysts said.

A maximum pressure campaign requires a unified coalition, they argue. Russia and China aren't particularly inclined to help out with a second Iran nuclear deal, having voiced their displeasure at the US decision to leave the original agreement.

And Trump's rejection of the JCPOA has left close allies in Europe angry and alienated, particularly as he has told them that the US will sanction their companies should they continue to honor contracts with Iranian businesses.

That declaration has deepened European uneasiness about the administration's commitment to the trans-Atlantic relationship, particularly as Trump is already threatening tariffs against key European industries, a decision due June 1.

And it has created resentment due to a perception of US bullying, as Trump administration officials explain that when faced with the prospect of US sanctions, Europe will buckle under and choose the US over small agreements with Iran.

Einhorn predicted that, "new sanctions won't be as crippling as those put in place in 2012," when the Obama administration was working on the Iran deal, in part because other countries "strongly oppose" Trump's decision to abrogate the deal.

"Other countries will defy or ignore sanctions, and look for work arounds," Einhorn said.

Indeed, European leaders have already said they are working on enacting a statute that protects European companies that continue to do business with Iran. They are also looking at having the European Investment Bank provide a funding stream for Iran's Central Bank.

"It's hard to overstate how angry and resentful the Europeans are," said Suzanne Maloney, deputy director of the Brookings' program on Foreign Policy.

Hook told reporters that, "people are overstating the disagreements between the US and Europe," and that these reports are overblown. "We agree with the Europeans on much, much more than we disagree on," he insisted.

Many analysts have asked why Iran, Europe, or countries such as North Korea should trust the US in general or this administration in particular to be a reliable interlocutor if it is willing to walk away from established agreements.

Others, such as Maloney, and former Obama administration officials and foreign diplomats involved in the Iran talks, say it would have been impossibly unwieldy to negotiate a deal that encompassed all the issues the US and Europe had with Iran.

Hook was asked why the administration thought it could convince Tehran to engage again, particularly at a time when its officials - Pompeo, Trump, Bolton and US Ambassador to the United Nations Nikki Haley - have been excoriating the country's leaders.

Hook spoke generally about Iranian dissatisfaction with their regime and "with a lot of the policies of the regime which have not helped the Iranian people."

Maloney, an Iran expert, says that internal unrest in Iran, partly due to the struggling economy, means that it is "an incredibly explosive time" in the country right now. But she adds that Trump's decision to leave the deal means Iranian people now "have an address for their problems" and that people will likely "rally around the flag."

Some observers, such as Trita Parsi, the president of the National Iranian American Council, don't believe the administration is negotiating in good faith, particularly as Bolton is on the record, speaking a year ago to an Iranian dissident group, advocating an overthrow of Iran's government.

Others say that regardless of the administration's goals, the chances of miscalculation, especially with Israel and Saudi Arabia urging Trump to confront Tehran, are high.

"We could very easily see ourselves in a military confrontation in the near future," said Bruce Riedel, director of Brookings' Intelligence Project.