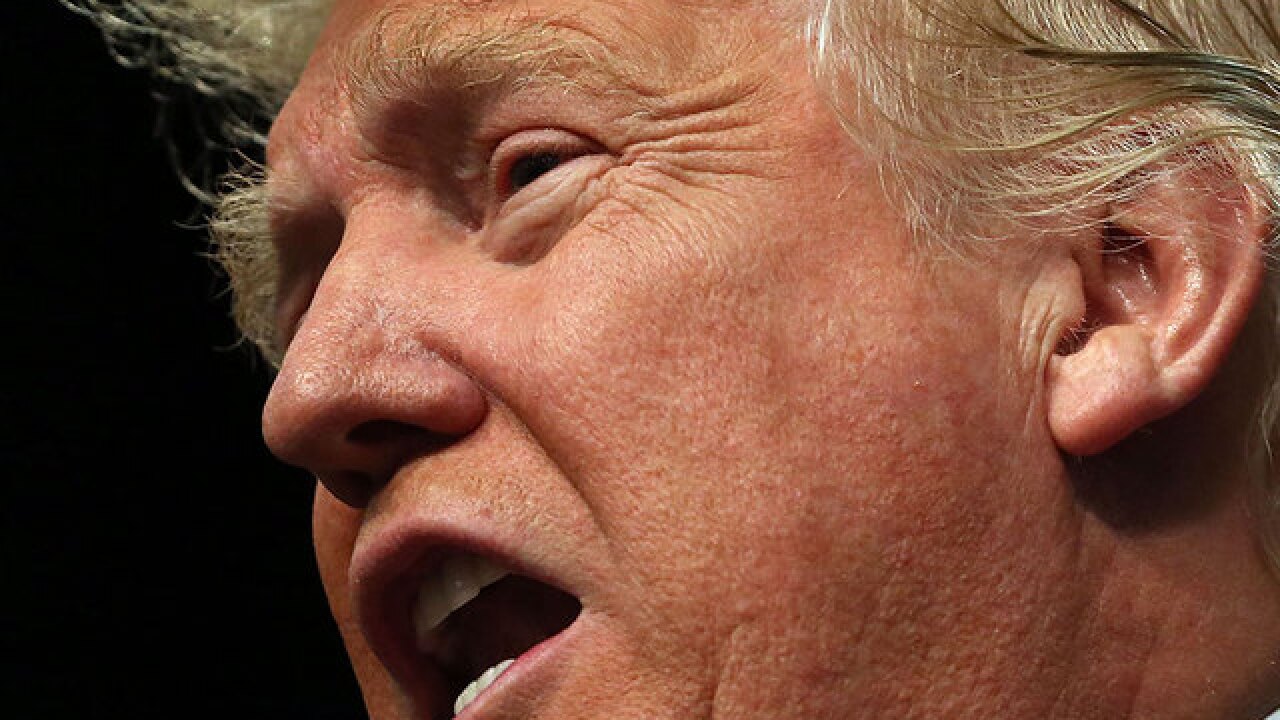 <p>Republican presidential candidate Donald Trump speaks at a rally in San Diego on May 27, 2016. (Photo by Spencer Platt/Getty Images)</p>

By: Associated Press
Posted at 9:53 PM, Jun 02, 2016
WASHINGTON (AP) — A close friend of Donald Trump has helped start a super PAC to support him, potentially giving the presumptive Republican presidential nominee his first big-donor help for the general election.
Tom Barrack, a Los Angeles real estate investor, said in an interview with CNN on Thursday that the group has already received $32 million in financial commitments. The group is called Rebuilding America Now, according to documents filed Thursday with federal regulators.
Like other super PACs, the new group will be able to accept unlimited amounts of money from wealthy donors, but won't be permitted to take directions from the candidate or his campaign.
There already are several super PACs backing Trump, but none is seen as having the blessing of his campaign. That potentially could cause confusion for donors who want to be convinced that they're giving to a group that Trump himself sees as helpful to his cause.
Another complication: Trump has repeatedly condemned all super PACs as "corrupt."
There is no such confusion on the Democratic side. There's no dispute that Priorities USA, which is stocked with friends and allies of likely Democratic nominee Hillary Clinton, is the major money vehicle aiding her. It has plans to spend at least $136 million in advertising before the November election.
One existing pro-Trump group, Great America PAC, had raised $1 million, but was in debt at the end of April. So far, it has raised most of its money from people giving $200 or less. Another entity, Committee for American Sovereignty, formed only recently and is run by a former aide to one of Trump's former rivals, Ben Carson.
Barrack's group may prove to be the natural choice for wealthy Trump donors, thanks to his long friendship and business relationship with the candidate.
The executive chairman of Colony Capital, Barrack met Trump in 1988 when he negotiated the sale of The Plaza hotel in New York to Trump. Barrack's publicist described the men as having since "solidified a lifelong friendship between themselves and their families."
Barrack, whose company owns Michael Jackson's Neverland Ranch, among many other real estate assets, also has been "close personal friends" with Paul Manafort, Trump's campaign chairman and chief strategist, for almost four decades, according to a bio provided by the publicist, Kristin Celauro.
Barrack held a large fundraiser for Trump last month, a dinner that cost at least $25,000 to attend. The money raised there will be divided among the Trump campaign, Republican National Committee and 11 state GOP parties, per a fundraising agreement struck in May.
That event followed an increasingly public role for Barrack as a Trump promoter. Barrack spoke glowingly of Trump Feb. 1 in an interview on CNBC.
"He's one of the kindest, and actually most humble, friends that I've had," Barrack said. "I have so much respect for him because at this point in his career, wandering into the milieu was not easy, and he's changed the dialogue of the debate."
A full endorsement of Trump followed a few weeks after Barrack's CNBC appearance. The Trump campaign celebrated it in a Feb. 29 press release.
"Mr. Barrack and Mr. Trump have worked together and opposite each other on past deals," it said. "They have had a great relationship and share a mutual admiration for their respective accomplishments."
Copyright 2016 The Associated Press. All rights reserved. This material may not be published, broadcast, rewritten or redistributed.