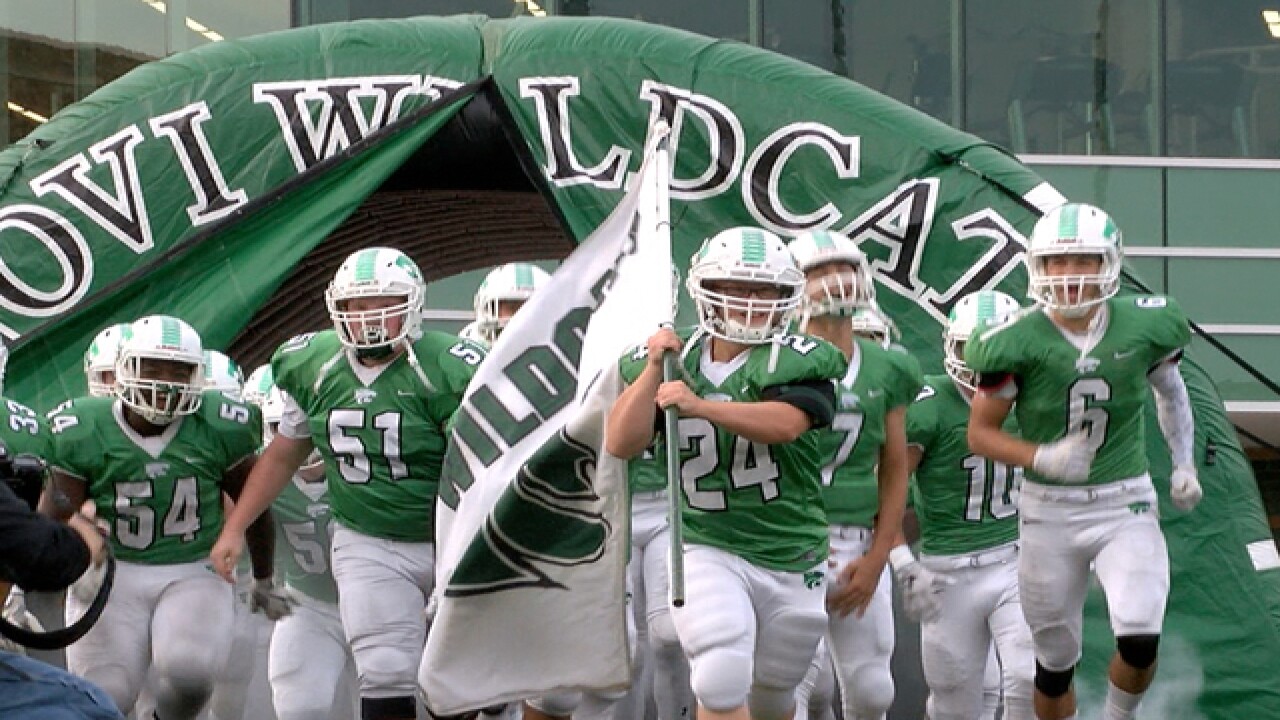 "This is something that we thought we could do to bring some joy, hopefully some outstanding memories," Novi Wildcats head coach Jeff Burnside said.

Robby Heil, a senior with Down syndrome, has been an integral part of Wildcat athletics for the last four years.

"You mean a lot to this team, I'm serious you're a big part of this," fellow senior Anthony D'annibale said on the sideline to Robby, right before his big moment.

And Friday they proved it. In the second quarter against South Lyon East, play was suspended, as Robby entered the game.

Just like they practiced, Robby got the hand off, and saw nothing but green in front of him.

But the scene on the sidelines may have been even more touching.

Robby's mother, Debbie Heil, who is terminally ill with bone cancer, got to see her son live his dream. This type of joy is overwhelming.

"I dropped to the ground because I was so emotional when I saw him make that touchdown," Debbie Heil said. "I've always been proud of him being the water boy, or as people call him the hydration manager. But this was incredible. He's Rudy tonight. He's Rudy."