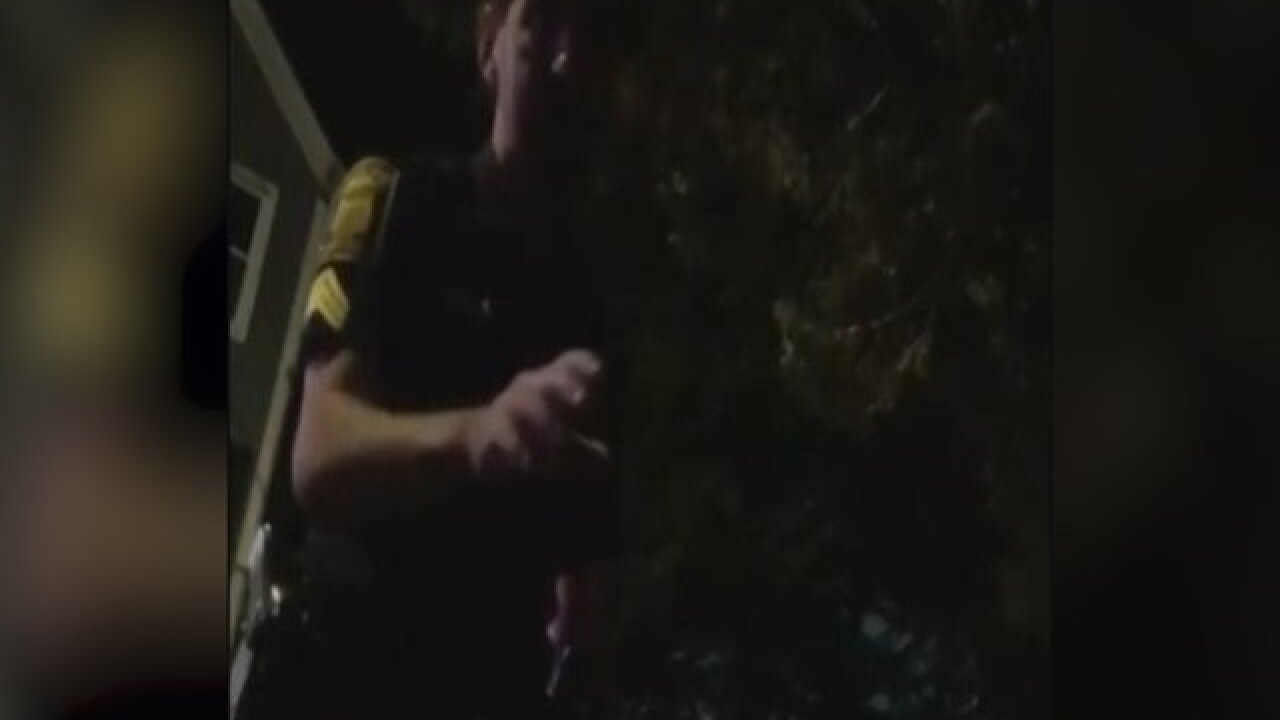 © 2018 Cable News Network, Inc.
Hartford Police Department
<p>A Hartford, Connecticut, police officer was fired after authorities investigated a video of him telling a group of young men he might shoot them if they fight or run.</p>

A Hartford, Connecticut, police officer was fired after authorities investigated a video of him telling a group of young men he might shoot them if they fight or run.

Officer Stephen Barone was answering a suspected trespassing call August 9 when he was recorded questioning a group of young men in the street.

"If anybody wants to fight or run, I'm a little trigger happy, guys. I'm not gonna lie, and I get paid a ton of money in overtime, if I had to shoot somebody. Don't do anything stupid," Barone says on the video.

When Barone asks why the men are not saying much, one of them replies, "You said you're trigger happy, that's why people are quiet."

"Well, there's four of you and one of me," Barone said.

The  video was posted  on the police department YouTube page. It was recorded by one of the men being questioned,  CNN affiliate WFSB reported.

At first the interaction began conversationally. Barone can be seen questioning the suspects.

"Are you guys breaking into the place, are you hanging out having a few drinks -- really no big deal. Is there any other illegal activity going on that we should be made aware?" he asks.

"If you guys are cooperative and honest with me, I will afford you the same opportunity in this process."

He later says, "Hey listen boys, I've been averaging a gun a week out here. It's crazy."

On Wednesday, Hartford Chief of Police David Rosado terminated Barone's employment after the department conducted an internal investigation on the video and the officer's supervision of a traffic incident in July.

"Our success as a police department depends on our relationship with the community we serve. ... This officer's conduct does not reflect the values of our agency." said Rosado  in a statement.

"I did not make this decision lightly. We hold ourselves to high standards, and when we fall short, we take responsibility for it. After reviewing the findings related to these two incidents, it's clear to me that there's no scenario in which Mr. Barone can return to his duties as a productive member of the Hartford Police Department."

Barone had served in the police department for about 10 years, the Hartford Courant reported.

He was a sergeant at the time the video was released, but was placed on administrative leave soon after and demoted to officer, CNN affiliate  WFSB reported.

According to the internal investigation interview, Barone said he could have used a "better choice of words," but believed it was "effective in maintaining control,"  reported the Hartford Courant.

CNN reached out to Barone and to the Hartford Police Department on Thursday, and has not heard back.

The American Civil Liberties Union of Connecticut, which demanded answers after Barone's traffic stop incident investigation in July, released a statement, calling the firing of the officer "good news."

"It is good news that Barone is no longer employed by Hartford, but the department never should have promoted him in the first place. Hartford's overall lack of police accountability guarantees a bad system, not just bad apples,"  the statement read.