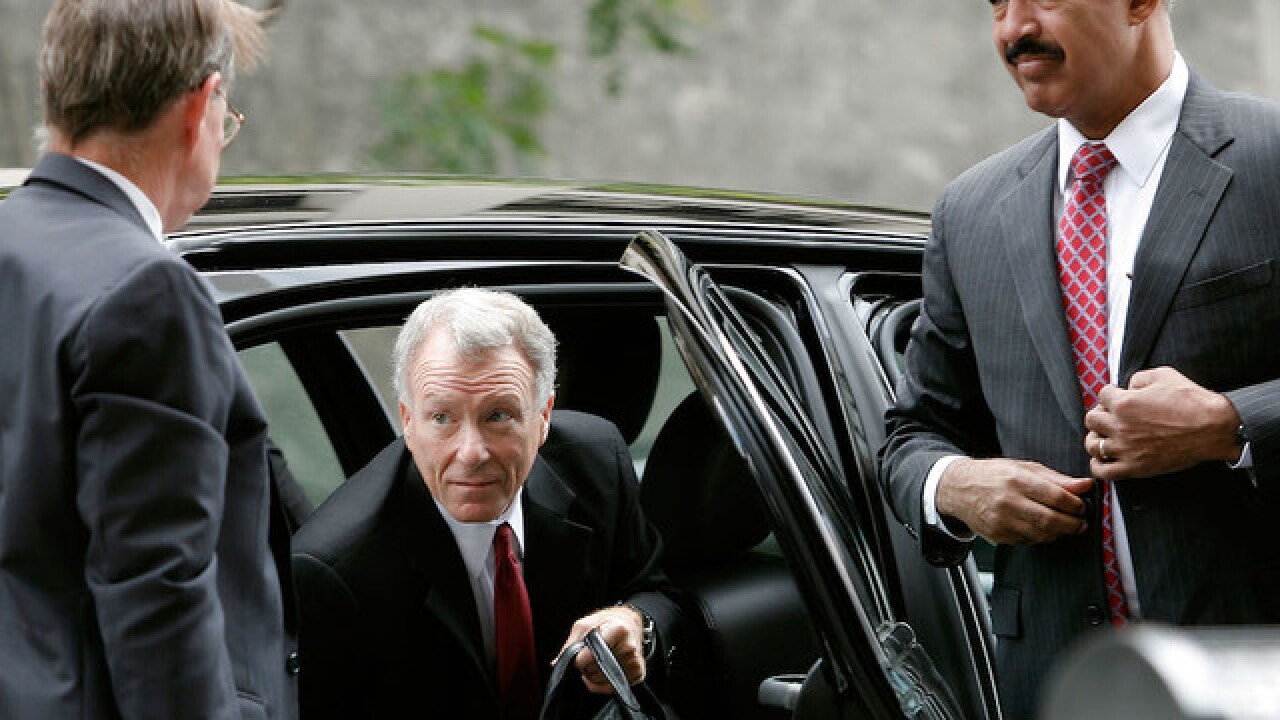 Copyright Getty Images
Mark Wilson
<p>WASHINGTON - JUNE 14: Lewis "Scooter" Libby(C) and his attorney Theodore Wells (L) arrive for a hearing at the Federal Court House June 14, 2007 in Washington, DC. Libby is in court trying to remain free while appealing his two and a half year prison term on perjury and obstruction convictions. (Photo by Mark Wilson/Getty Images)</p>

President Donald Trump is expected to grant a pardon to Scooter Libby, who was the chief of staff to then-Vice President Dick Cheney, a White House official said.

Libby had been convicted of perjury in the investigation into who leaked the identity of CIA officer Valerie Plame.

President George W. Bush had commuted the sentence but would not grant a pardon.

News of the expected pardon was previously reported by ABC News.

Trump used his pardon authority last year when he pardoned Joe Arpaio, a controversial sheriff in Arizona who had been convicted of criminal contempt related to his hard-line tactics going after undocumented immigrants.

In the first pardon, Trump did not follow his predecessors' practice of consulting with lawyers at the Justice Department before announcing his decision.