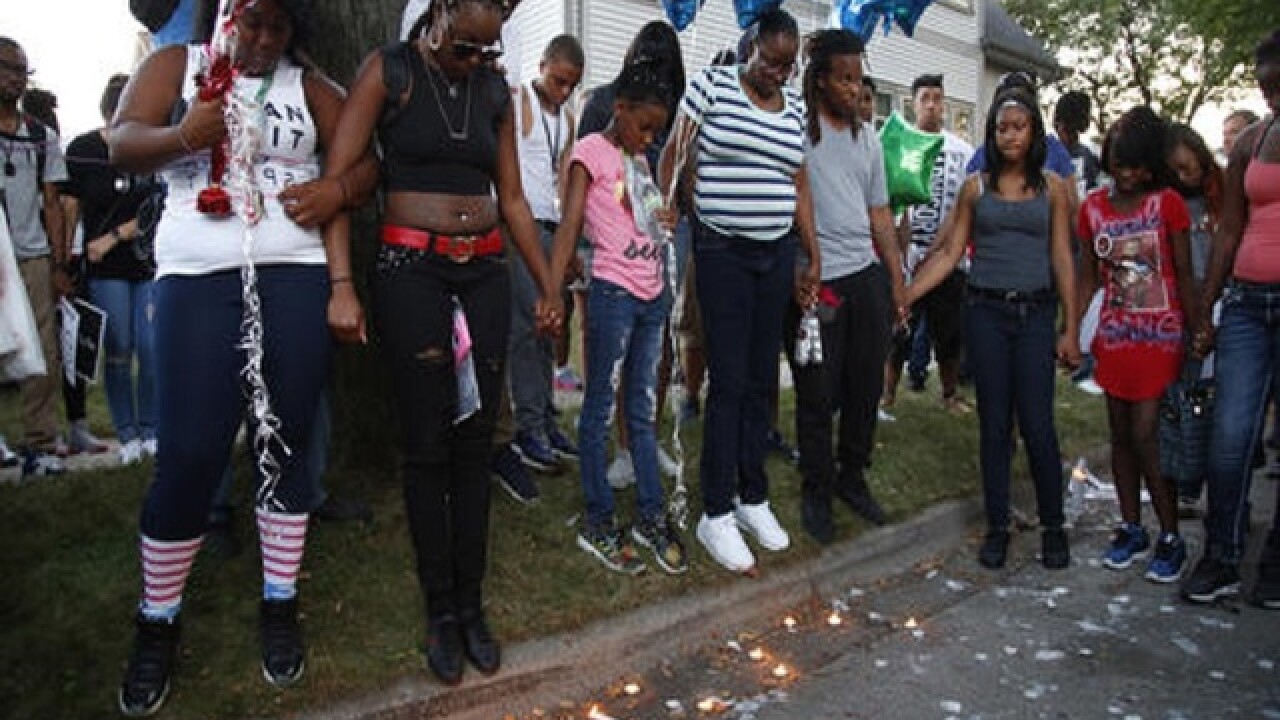 By: Associated Press
Posted at 9:56 PM, Aug 14, 2016
MILWAUKEE (AP) — When police identified Sylville Smith as the Milwaukee man shot by an officer Saturday, triggering a violent uprising on the city's mostly black north side, Chief Edward Flynn cited Smith's "lengthy criminal record."
Online court records showed multiple charges against the 23-year-old Smith dating back to 2013. One was as minor as retail theft — which was dismissed — and other less serious offenses included speeding, driving without insurance, driving with a suspended license or having open intoxicants in a vehicle.
There were more serious charges. Smith was accused in a shooting last year and charged with recklessly endangering safety, a felony.
The Milwaukee Journal Sentinel reported that Smith was subsequently accused of pressuring the victim to recant statements that identified him as the gunman and was charged with trying to intimidate a witness. The charges were dropped because the victim recanted the identification and failed to appear in court, Chief Deputy District Attorney Kent Lovern told the newspaper Sunday.
Smith also pleaded guilty to carrying a concealed weapon in 2014.
Milwaukee County Sheriff David Clarke said at a news conference that Smith had been arrested 13 times.
"He's got a bunch of drug arrests here, robbery, use of force," Clarke said.
But Smith was father to a 2-year-old toddler, too, his mother said.
"My son is gone due to the police killing my son," a distraught Mildred Haynes told the Journal Sentinel on Sunday. "I am lost."
Smith's younger sister, Sherelle Smith, 22, told the Journal Sentinel that her brother carried a gun because he was scared and needed to protect himself, not because he was violent. She said he was known around the neighborhood for his style and dance moves.
"He was a ladies' man. That's the worst thing about him," she said
"I'm not going to say he was an angel. He was out here living his life," Smith's godmother, Katherine Mahmoud, told the Journal Sentinel.
Mayor Tom Barrett called for empathy for Smith's family.
"I think we have to recognize that ... a young man lost his life yesterday afternoon," the mayor said. "And no matter what the circumstances are, his family has to be hurting."
Smith's death sparked explosive protests in northern Milwaukee, a town of 600,000 where roughly 40 percent of residents are black. Several businesses were burned down in the protests that stretched into Sunday morning, leading Gov. Scott Walker to activate National Guard troops in case violence persists.
Copyright 2016 The Associated Press. All rights reserved. This material may not be published, broadcast, rewritten or redistributed.